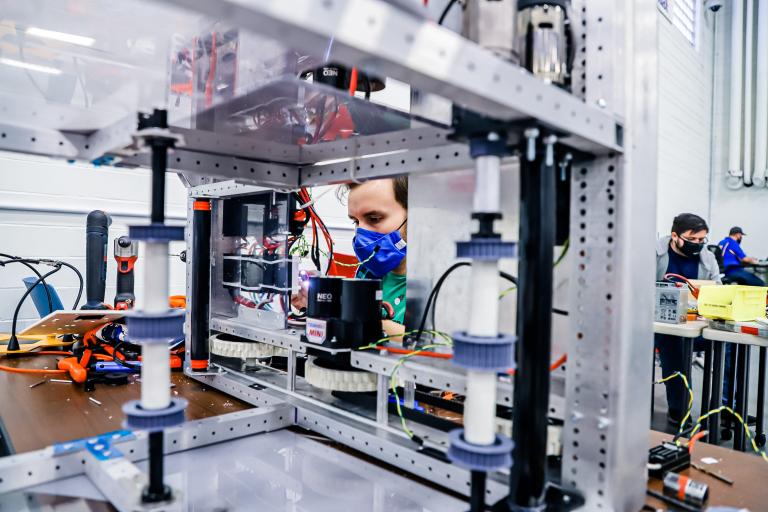 “I think you really feel respected, and it’s really nice to have someone ask a question, then you answer it and see them come back and thank you.”

Last year, Aaron Bongiorno (’26, ME) was competing with a FIRST Robotics team. This year, he’s answering teams’ questions about their builds.

Bongiorno is one of 17 Kettering students who participated in FIRST’s annual Robot in Three Days Challenge by building a robot designed to play in the 2022 FIRST Robotics Competition (FRC) Game, RAPID REACT. The game was revealed Jan. 8 during a virtual kickoff.

“Having just graduated high school, I have been watching Robot in Three Days streams before, and I actually used them on my robotics teams as an influence of what to do and what not to do, so it seemed like a really cool opportunity to be able to do it here at Kettering,” Bongiorno said. “I don’t think I have any of the answers for the questions they might be asking, but doing it for four years in a row with the FRC, it’s been nice to spread the knowledge that I’ve learned throughout the years to help other teams that just need a little bit of guidance.”

RAPID REACT is part of the 2022 season, FIRST FORWARD, which is inspired by the United Nations’ Sustainable Development Goal No. 9 to build resilient infrastructure, promote inclusive and sustainable industrialization, and foster innovation. To that end, FIRST FORWARD calls for students to overcome transportation challenges with forward-thinking technological innovations of the future.

In RAPID REACT, robots start on their respective tarmacs with preloaded cargo, then deliver the loads to specific points and collect additional cargo. The robots can get assistance from players at the terminal and earn points for reaching various hanger rungs before the match is over.

Kettering’s build has been livestreamed during the 72 hours, and students answered questions from high school students submitted via email or social media comments or messages throughout the build.

Cole Jordan (’23, ME) has been able to add some of his Kettering classroom experience to this build because he now understands more of the mechanics behind the systems used in the build instead of just how to use them, he said. Participating in these builds also has allowed him to work on elements of the robots he didn’t get to explore during his FIRST days.

“In high school, I sort of focused on one side of the robot, but here, with the limited time and the limited people, you get to help out in a lot of different areas, and you get to learn a lot of new things from all of the other students that are here from robotics teams that did things a little differently than yours,” Jordan said.

“We watch ourselves to make sure we do things right, especially for the camera, and we don’t want to set a bad example,” Jordan said. “It’s nice. I think you really feel respected, and it’s really nice to have someone ask a question, then you answer it and see them come back and thank you.”

Teams can access videos from the build by visiting https://www.youtube.com/c/FirstUpdatesNow/videos. 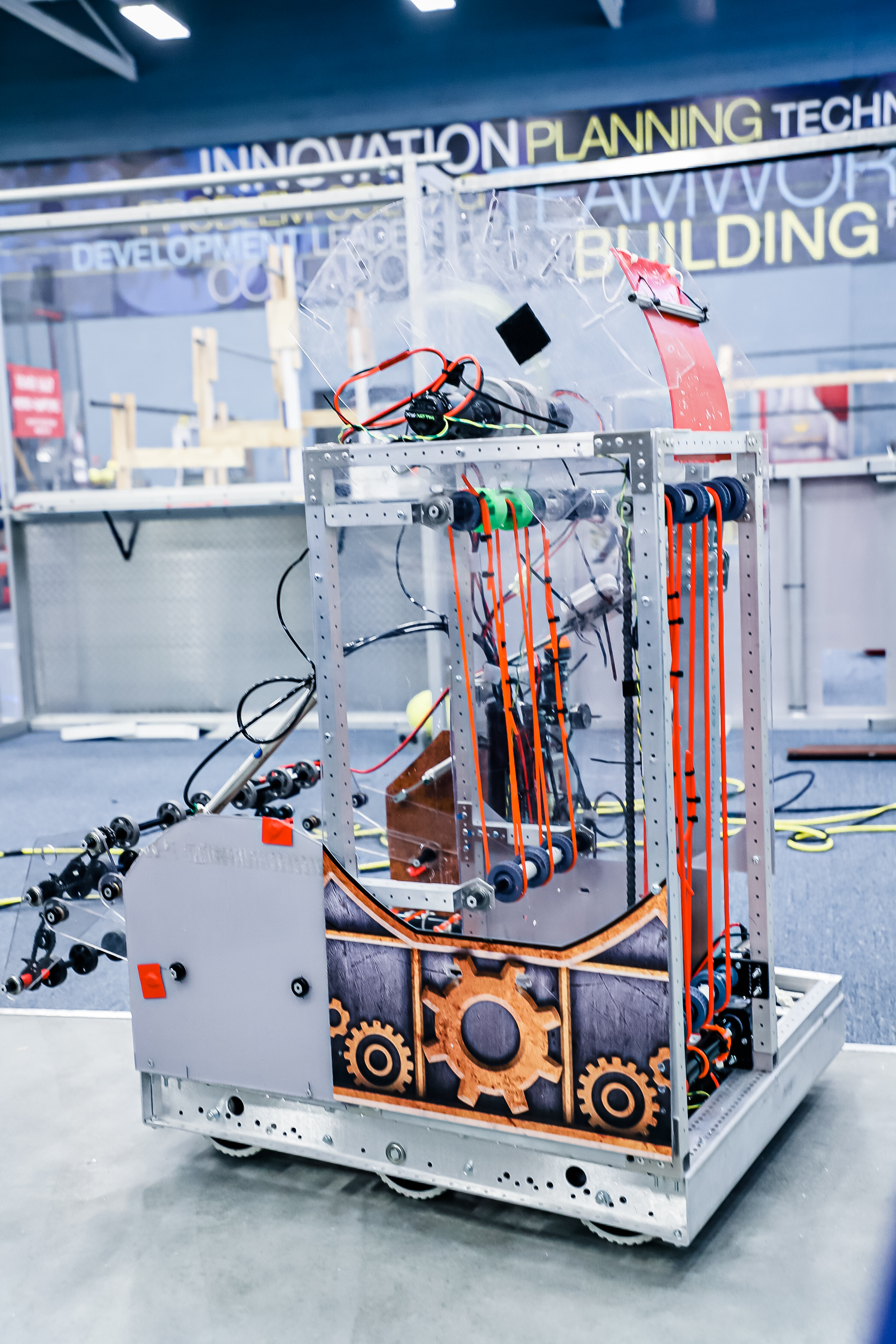