Students Explain Why They Saved a Seat at Kettering 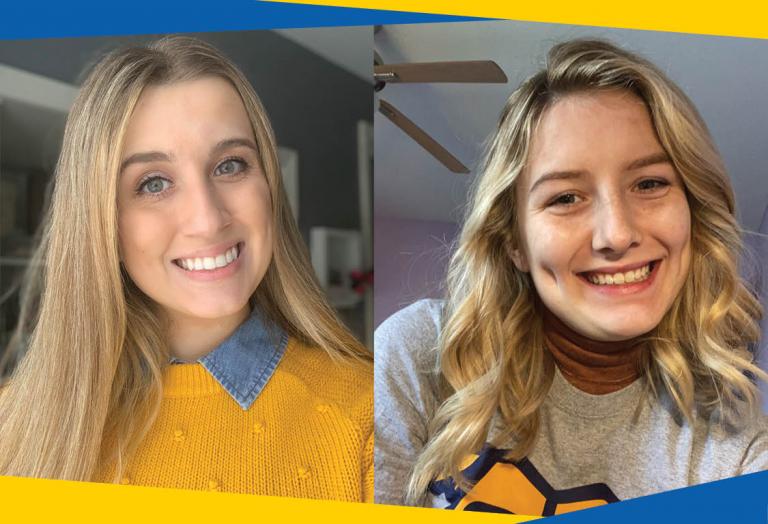 “I really just love Kettering because it’s small and you can do so much. You’re not just a number here.”

Alexandra Bahm (’24, Management) didn’t know she could study business at Kettering University until her junior year of high school.

Having participated in FIRST Robotics, she thought the University was for students who wanted to focus on engineering and math. It wasn’t until a Kettering University admissions counselor visited her high school and told her about the diversity of the programs available that she explored  Kettering, where she is now earning her management degree with a technology focus.

“One of the main reasons why I chose Kettering was because of the Co-op program,” Bahm said. “I am paying for college on my own, and I knew that by going to Kettering, I would be able to put my paychecks toward my tuition. Not only did the idea of graduating with little-to-no debt seem attractive, but also knowing that I will be able to get hired immediately from the experience I obtained in my Co-op.

“I find that the knowledge that the Co-op program brings to students is something more valuable than what can be offered through just taking classes. The interdisciplinary between the Co-op program at Kettering and our classes blend together so well that it makes Kettering graduates the ideal employees for any company.”

Bahm is completing her Co-op with Lear Corp. in Southfield. She said having an engineering-based Co-op connects what she’s learning in class to real-world experience.

“It opens you up to what options are available in the tech world, which I had no idea about,” she said.

In addition, the Co-op experience has given her other skills she doesn’t think her counterparts at other universities are receiving.

“I like to explain it as a hazard-free, risk-free space,” Bahm said. “It’s OK to make mistakes because you’re learning, that’s what you’re there for.”

She learns something new every day, even if it’s not directly related to technology or engineering, it’s still useful such as proper email communication or working remotely.

“Being able to work fully online is something that might be more normal when my age group goes into future employment, and having this on my resume, it’s something that sets me apart from students who just graduated and only did school online,” Bahm said. “The skills I’m developing, working from home, sending emails and attending more virtual meetings, it’s a leg up on other students that aren’t in a program like this.”

After graduation, she hopes to remain in the auto industry.

“I’m not sure what I want to explore next at my co-op. A lot of my rotations have been closely related to IT, so I feel like that’s definitely a possibility,” Bahm said. “The auto industry has always been an interest of mine, whether it’s IT or something closely related to the manufacturing side, as long as it’s with cars, I like it.”

Not just a number

While Bahm’s initial exposure to Kettering was through FIRST and meeting an admissions counselor, Brooke Shaffer (’21, Biochemistry) had heard about the University from her older sister, Anastacia (’14, Biochemistry). Shaffer’s sister encouraged her to participate in one of Kettering’s pre-college programs, LITE.

“I went and fell in love with the campus and everyone here,” Shaffer said.

She also considered attending Case Western Reserve University in Ohio because she wanted to play soccer there and it was closer to her family.

“I was torn between Kettering and Case because it’s a hard thing to leave your family and be four and a half hours away,” Shaffer said. “I really just love Kettering because it’s small and you can do so much. You’re not just a number here.”

Initially, she planned a dual major in Mechanical Engineering and Biochemistry, but went with only Biochemistry a year later. She also is pre-med.

Like Bahm, Shaffer said her Co-op experience will give her a leg up on her counterparts. She is completing her Co-op at OrthoMichigan in Flint.

“A lot of grad schools are really competitive, and they want to see you have work experience,” Shaffer said. “Kettering gives you that.”