Robotics is the future for Kettering University student 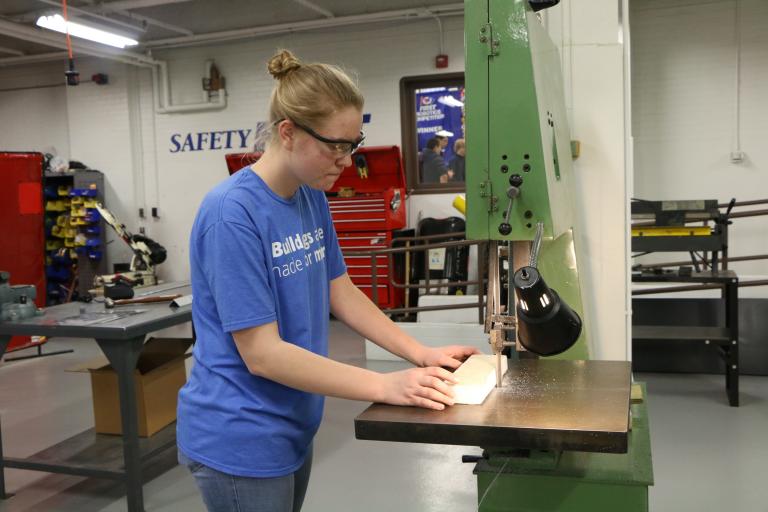 Hannah Kuperus ‘22 didn’t want to join FIRST Robotics as a middle schooler, but now robotics is her future.

The Mechanical Engineering student is a FIRST mentor with a passion for machining and manufacturing. It was through robotics that she gained technical skills that are giving her a leg up at Kettering University and at her co-op at Stryker Instruments in Kalamazoo.

Kuperus’ mom had her join FIRST Robotics in middle school, which Kuperus said she didn’t want to do, but she was hooked after one season.

On FIRST Robotics Competition Team 2054, The Tech Vikes, her high school team, she was the main designer for three years, drove the robot for two years and was president for two years. The experience gave her technical experience in CAD and machining, along with leadership skills. 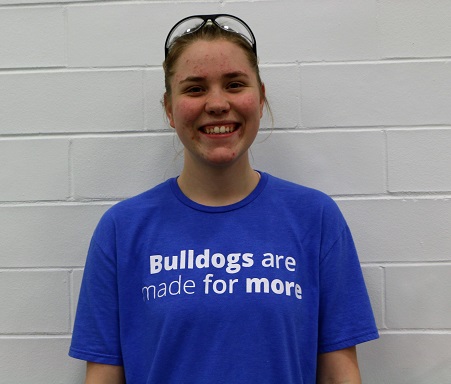 “Without any of the skills, I wouldn’t have been able to do as well in my co-op or classes. It gave me a step up,” she said.

Kuperus learned about the University through her high school robotics mentors, one of whom was a Kettering graduate. She also had visited Kettering for robotics competitions. Her involvement in FIRST Robotics and the co-op were the reasons she came to the University.

“Getting two years of work experience definitely will help in the long run,” Kuperus said.

In her second academic term at Kettering, she said the experience has been awesome so far. Her classes feature a lot of hands-on work that she enjoys.

After graduating, Kuperus said she’d like to stay in the robotics industry, possibly in surgical robotics or industrial robotics. Manufacturing is one of her interests. She enjoys machining and designing a machine to do a task or make components, she said. Kuperus works in Stryker’s robotics research and development group on surgical robotics.

“It’s crazy cool what they do,” she said. “When I was younger didn’t picture myself doing that. Now that I’m there, I love it.”