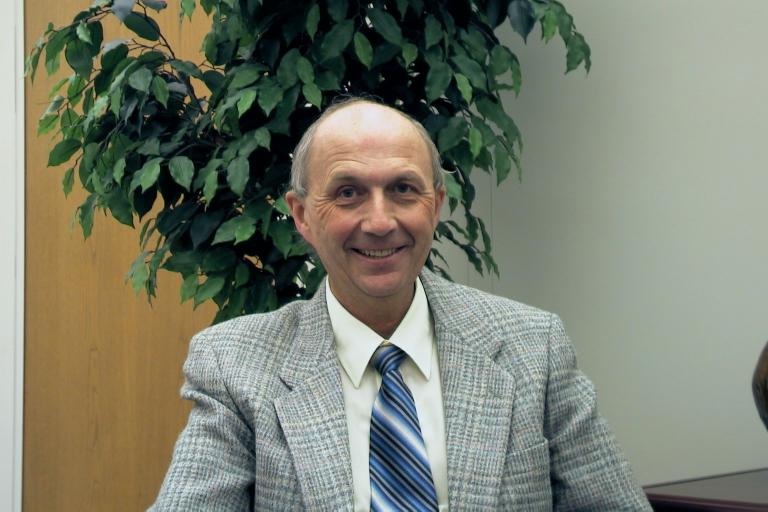 The Alumni Association bestows Outstanding Teaching Awards upon faculty based on their intellectual integrity, inspirational qualities and effectiveness of teaching. Students at the University cast all votes and recipients receive a $1,000 stipend and plaques presented to them at a dinner reception at the home of University President James E.A. John.

Bell has taught at Kettering University/GMI for more than 38 years. He received his bachelor's of science degree in 1960 from

Wake Forest University and master's of science degree from the University of Tennessee in 1963. At the commencement ceremony, Bell extended his thanks and appreciation to the Alumni Association, students, faculty and staff for the support he's received during his career at the University. "I thank each of you so very much," he said. "I will try my best to be deserving of your continued confidence and trust."

Doyle earned his bachelor's degree and Ph.D. from North Dakota State University in 1971 and 1981, and has taught at Kettering for more than 20 years. "I came to Kettering/GMI in 1982 because I wanted to teach at the college level," he said. "I have always honored faculty who received this award in the past and it makes me feel great pride that my students appreciate the caring feelings I have for them. To me, family comes first and I thank my Kettering family for their support, especially during these last four years."

James Huggins has taught at Kettering for the past five years. He received his bachelor's degree in 1989, master's degree in 1991 and Ph.D. from the University of Michigan in 1995. "It's a great honor to win this award," he said. "Of all the awards Kettering bestows upon faculty, this is the one I've dreamed of winning. I'm extremely happy to receive recognition for something I love to do."

Jeffrey Hargrove, associate professor of Mechanical Engineering, won the Rodes Professorship for 2002 and was also honored during commencement ceremonies for his accomplishment. The Rodes Professorship recognizes faculty for exceptional scholarly achievement, breadth and depth of knowledge, commitment to diligence in academic research, and leadership in developing and applying an area of knowledge. Hargrove received a grant of $5,000 to support his research in the study of Fibromyalgia, a neurochemical disease that causes full body diffuse pain, cognitive dysfunction and chronic fatigue.

"I truly appreciate the honor and privilege of winning this year's Rodes Professorship," Hargrove said. "I'm very grateful to the Kettering/GMI Alumni Association and to the Kettering community as a whole for their continued support of my research on chronic musculoskeletal pain conditions. This grant will help purchase a surface electromyography system that will have many uses. Most importantly, I plan on using this system to help identify and understand muscle abnormalities called myofascial trigger points. This research will also involve a number of Kettering students and will enhance the education of those interested in pursuing careers in biomedical engineering or other related health science fields."

The Kettering/GMI Alumni Association awards Outstanding Teaching Awards and the Rodes Professorship each year. To learn more about the awards, contact the Alumni Affairs Office at (888) 884-7741, or visit the Kettering website.