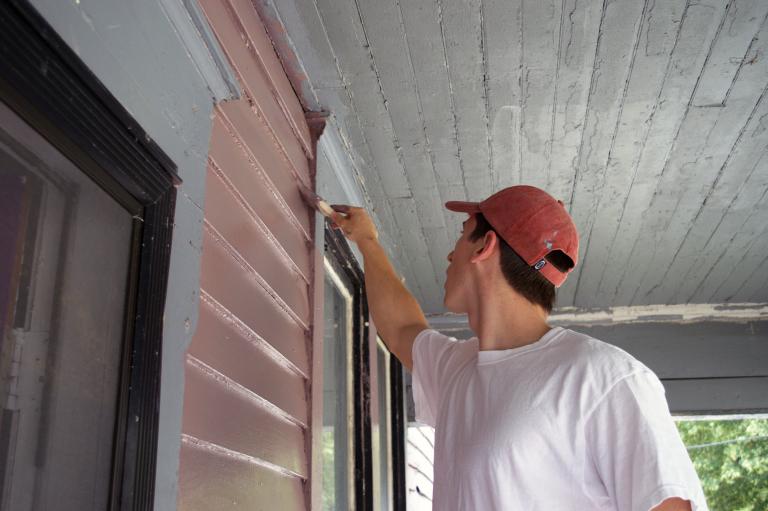 “There has been a ripple effect from blight elimination to economic development and empowering residents and strengthening institutions.”

It was a busy three years as Kettering University received $150,000 to help implement strategic community improvements along the University Avenue Corridor.

The Crime Prevention Through Environmental Design (CPTED) grant funding was received from the Center for Disease Control and Prevention in September 2014 in partnership with the University of Michigan’s Youth Violence Prevention Center. During that time Kettering received $50,000 a year for three years to create a better environment for businesses, neighborhoods and residents.

Funds were used to provide 300 LED Solar Motion Lighting and 99 driveway motion sensors, and 30 security cameras for homes and businesses, build a disc golf course at an abandoned local golf course, plan neighborhood block parties, discuss placemaking for the corridor and to teach others how CPTED planning helps to create a safer, more welcoming community, among other things.

“The projects started larger conversations of what the future of the corridor and the future of Flint look like,” said Tom Wyatt, Byrne Grant Coordinator at Kettering. “We have seen more private investment throughout the corridor over the years. There has been a ripple effect from blight elimination to economic development and empowering residents and strengthening institutions.” 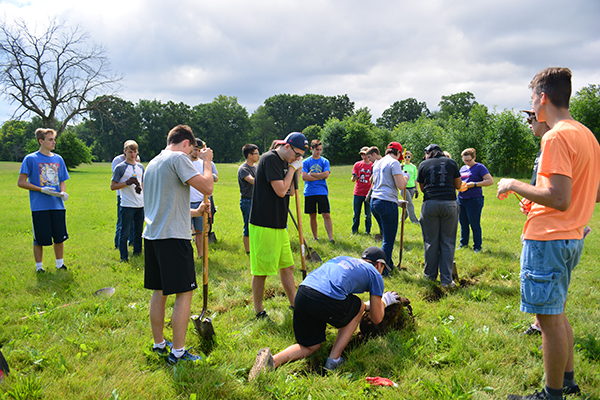 The CPTED funding worked simultaneously with a $1 million neighborhood stabilization grant from the Department of Justice. The grant, along with other partnerships, focused on Community engagement, crime prevention and blight elimination along the corridor. UACC coalition stakeholders engaged CPTED principles to secure environments through 80 minor parcel transformations, including lawn maintenance, landscaping, lighting upgrades, sidewalk improvements, structural repair and painting.

The Crime Prevention Through Environmental Design model focuses on four areas: territorial reinforcement, which looks at landscaping and beautification maintenance; natural surveillance, which shows the importance of trimming bushes and trees to improve safety and visibility; Maintenance, which focuses on sustaining a clean-up effort; and access control, which shows the importance of limiting and guiding people’s access to property through landscaping, for example.

Working closely with the University Avenue Corridor Coalition, the CPTED funding has supported Service Saturdays where more than 1,000 Kettering students worked alongside community members on blight elimination and city beautification during 31 service events. It also funded snow removal to clear the paths for school kids at local elementary schools.

“The improvements along the avenue are self-evident. If you were to drive down even three years along the University Avenue Corridor you would see a dramatic change to where we are today,” said Jack Stock, Director of External Relations at Kettering. “Simple appearance, neatness, community pride that is on display. It’s there and it’s slowly creating a sense of place.” 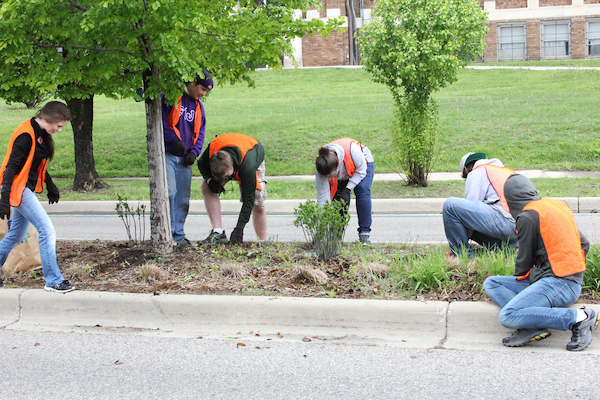 The researchers at Kettering and University of Michigan’s Youth Violence Prevention Center recently released their final results and conclusions of implementing the CPTED model along the University Avenue Corridor.

“An initial qualitative interview study with respondents from three focus neighborhoods in our CPTED area suggest that community engaged CPTED projects, including blight reduction, community development projects, and social events improved personal sense of community, social capital, collective efficacy and neighborliness. These results suggest that CPTED activities are helping to create busy streets and community empowerment. We are currently writing a manuscript based on these results,” the report notes.

“These types of things grow because there’s a problem and people are unifying behind a problem or there’s a movement and people want to rally behind a movement. I think what’s happening along the University Avenue Corridor is a melting pot of both,” Wyatt said. “A program like this shows people what’s possible.”

When change becomes evident, people want to be a part of that, he said. Everyone wants to do their part.

Looking to the future, the results and data proved a positive difference along the University Avenue Corridor, Wyatt said.

“The dissemination of the University Avenue Corridor’s methods and results may help to translate a community-engaged CPTED model that could be widely replicated by communities seeking to create safe and healthy environments and reduce violence,” the final report indicated.

The CPTED program here also had an educational aspect to it. Wyatt received a professional designation to train others in the CPTED model. Throughout the the three years, he trained nearly 300 people statewide. There were also pop-up assessments done at local churches, parks, houses, apartment complexes and businesses to give tips on what can be done to decrease crime and increase safety. More than 150 assessments were done and more than 50 mini grants were given out to help with things such as landscaping, replacing old basement windows and install better lighting or cameras.

“There’s a sense of social cohesion that is often times lost. This is what the CPTED model helps to create. There’s double the people that are thinking about working together,” Stock said.