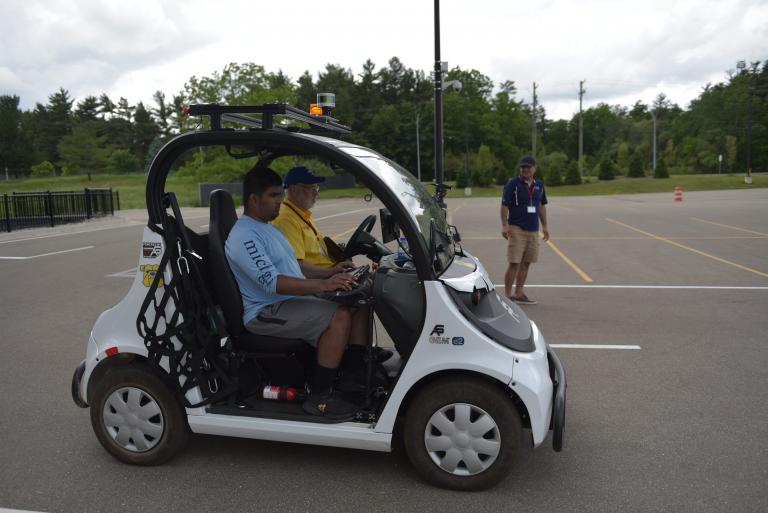 “This team was an ongoing project. Several senior design students and I put a lot of our time and effort into achieving the impossible.”

“I was so proud when I witnessed the hard work of my students paid off,” said Kettering University Associate Professor of Electrical and Computer Engineering, Dr. Mehrdad Zadeh, who serves as the team’s faculty advisor.

It was the first time the University had a team at the competition, in which students design, develop, document, test and sell systems engineering projects. This was the 28th year for the competition, which took place June 4-7 at Oakland University. It features two challenges — the AutoNav Challenge and the Self Drive Challenge.

Kettering was one of seven teams to compete in the Self Drive Challenge in which they adapt Army-provided software to develop an autonomous golf cart.

Roshan Cheriyan (’21, EE) created custom, high-definition maps for the vehicle and has been working with the team for about a year.

He said competing in that type of environment was overwhelming and hard, but the team was able to deliver results.

“I was happy and shocked that we were able to qualify and receive an award even though we were beginners,” Cheriyan said. “This team was an ongoing project. Several senior design students and I put a lot of our time and effort into achieving the impossible.”

It didn’t come without glitches, though, as the vehicle’s localization or its ability to be aware of its physical location malfunctioned. The team had to manually figure out the vehicle’s origin to make it follow the correct path.

Cheriyan said the team plans to fix this for next year’s competition as well as improve the vehicle’s ability to detect objects and change lanes to avoid those objects.

Zadeh agreed the team took a lot away from the experience to be used at next year’s competition and beyond.

“I believe the entire team (students and the advisor) learned a lot, including practicing technical, professional and communication skills,” he said. “Many of them are transferable skills. It was a four-day event filled with learning and fun. ” 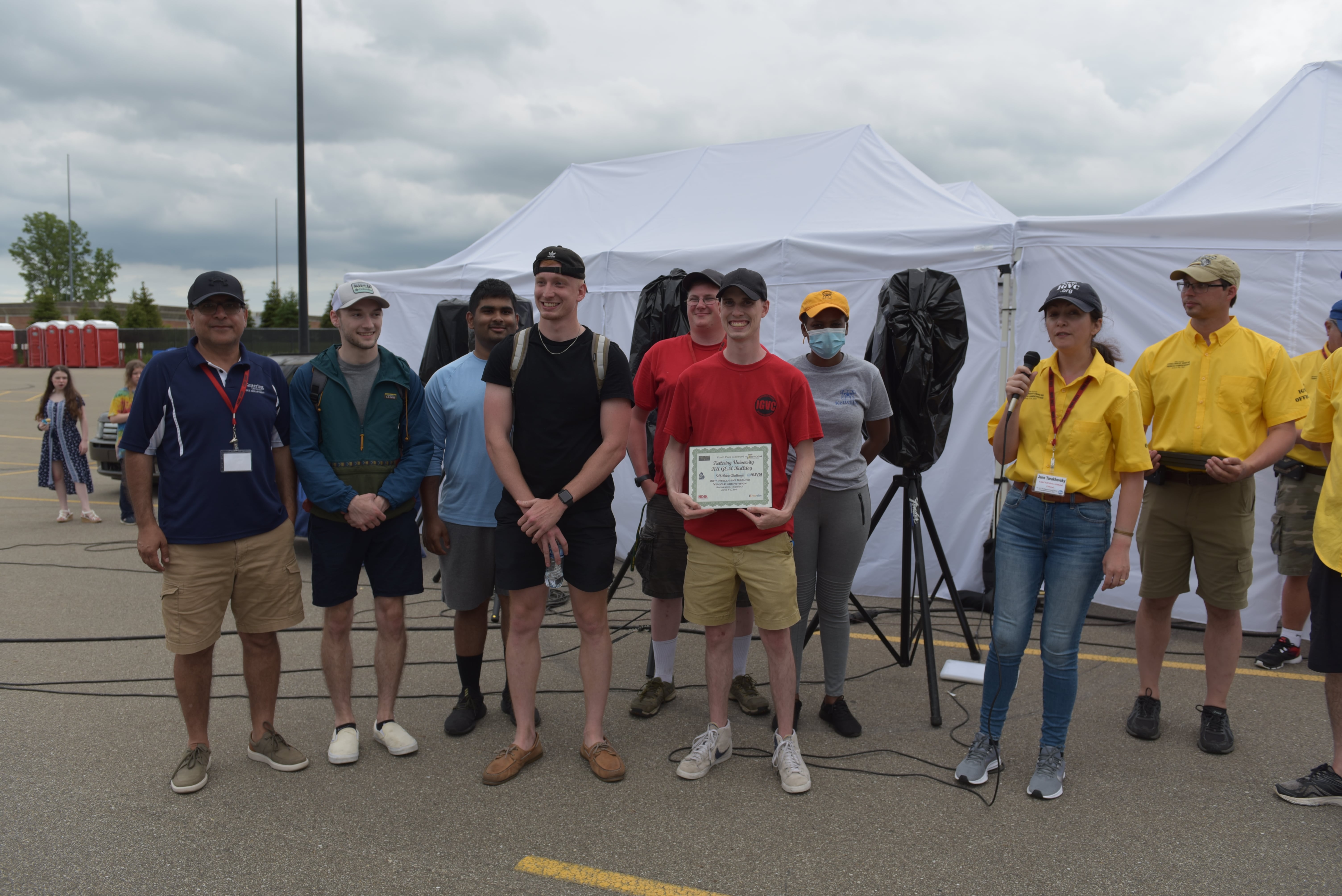