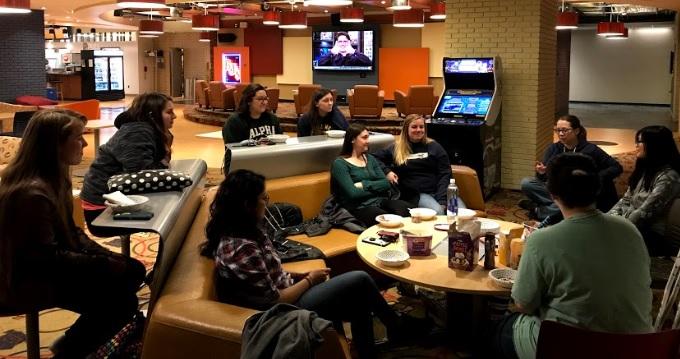 A new chapter of the Association for Computing Machinery–Women (ACM-W) wants to attract and retain women in Computer Science and Computer Engineering at Kettering University.

Kettering students Rachel Wyatt ‘19 and Sally Dagher ‘18 started the chapter in spring 2018, and it’s already grown to more than 20 members. The organization is open to all students interested in computing who want to change the perception of who computer scientists and engineers are.

In the United States, women earn 18 percent of Computer Science degrees, according to a report from Girls Who Code and Accenture, and women have 25 percent of computing jobs, according to the National Center for Women & Information Technology. 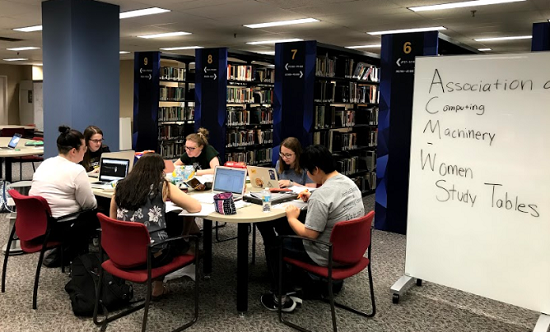 One goal is to offer support so women on campus have no hesitation reaching out to others and letting potential students know there is a group on campus. During one social event, students had ice cream and talked about their experiences in computer science. Older students shared stories of struggle that they have encountered in the field. Wyatt wants to replicate the event with freshman students to provide support and show them they aren’t alone.

“It feels like there is a need. Students need that support. The networking is in itself impactful,” said Dagher, who is majoring in Applied Physics and minoring in Computer Science.

Community outreach is part of a long-term goal to show elementary, middle, and high school students what Computer Science and Computer Engineering are and what Kettering University can offer. The organization hopes to have an event at Kettering to bring young students to campus.

Jim Huggins, Computer Science faculty member and ACM-W faculty advisor, said ACM-W gives women a chance to act as mentors to fellow Kettering students and K-12 students and provides them with positive role models as they begin their own preparations for future careers. Students benefit both by giving and receiving support from other students, he said.

ACM-W wants anyone who would like to advocate for equalizing the playing field to join the organization.

Kettering University's vision is to be the first choice for students seeking to make a better world, Huggins said, and ACM-W will help Kettering to encourage voices that might not otherwise be heard to succeed and thrive in the computing disciplines while making a better world.

“Everything has more success when there are more voices involved,” Wyatt said.