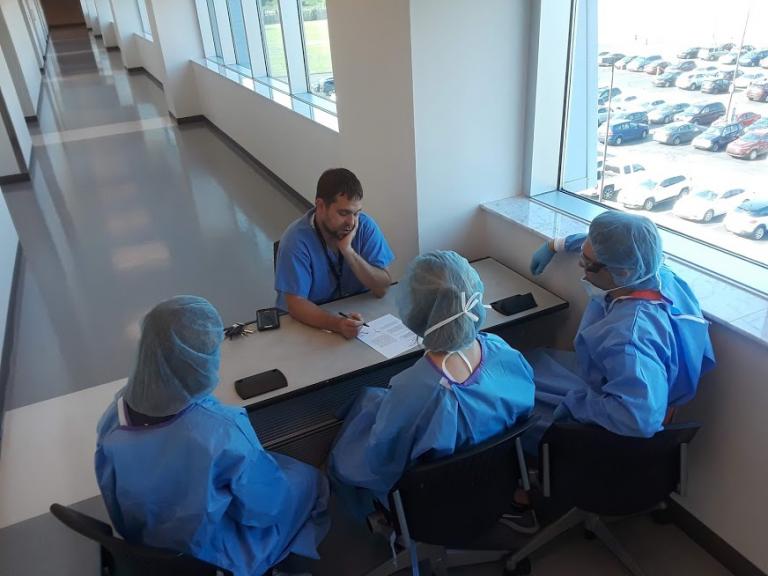 When Kyle Spengler ‘19 wanted to find the best solution to a problem with hip replacement surgery, instead of simply compiling data and information for a group project he took it a step further. He 3D printed a femur to use hands-on experience to solve a real-world problem. 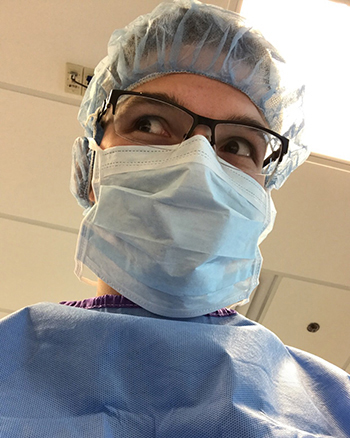 The project was for Spengler’s Mech 350 Bioengineering course, and the goal of the project was to redesign a medical device to improve on current problems the device encounters. His team chose the femur broach, a device used to make a cavity inside the proximal end of the femur for receiving the hip replacement stem.

During the project, the teams were challenged to have a prototype of their final product. But Spengler took it a step further and 3D printed a femur, their device and medical tools needed.

“One objective of the Bioengineering class is to design a new surgical technique. Kyle’s group worked on hip replacement surgery. A big part of the surgery is shaping the bones so the hip replacement fits properly,” said Dr. Pat Atkinson, Mechanical Engineering faculty member. “Kyle quickly realized that he needed to work with an actual femur, so on his own, he 3D printed one. In addition, he 3D printed the surgical tools he needed to show how his idea worked. This wasn't part of the class, just an example of Kyle's passion for the topic. Kyle is such a driven, passionate student. He was doing research on his own outside of class and contributing at a high level in the classroom.”

For the final presentation, students had to present their ideas to a surgeon and get feedback. Since Spengler had extensive CAD experience and even built his own 3D printer, he decided to challenge himself by taking a 3D model of a femur he found online and designing a new hip replacement.

After meeting with the surgeon and going through the design process of the hip replacement, Spengler took away a few lessons.

“First and probably the biggest thing that caught me by surprise was how difficult it actually was to design a hip replacement that fit a femur. After many hours of painstakingly fitting the two parts together in CAD, I was finally satisfied with what I had created,” he said, adding what else he learned along the way. “Our initial idea was to create an implant that had many sharp edges and grooves for the cement to fill and offer more surface area to bind to. After meeting with the surgeon, however; we discovered that cement used in medical applications actually works best on a polished surface and the grooves we had initially designed would have caused the cement to micro-fracture and eventually fail.

“Something that still fascinates me every time is how amazing 3D printers are. Creating this tool has opened many new possibilities and challenges me in new ways every day to see what I can 3D print next. I found it very interesting being able to hold and manipulate the femur/replacement once it was printed.”