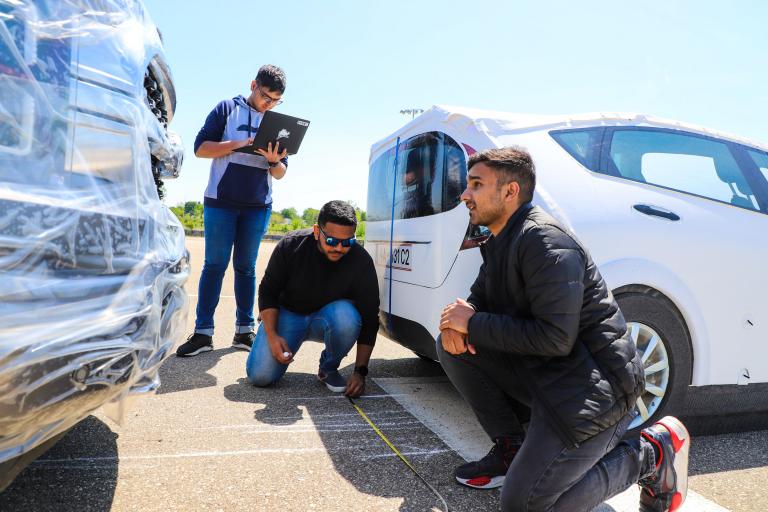 “I believe this project is of prime importance as new autonomous systems come in. It is essential that we test the vehicles that are already running on the roads to check if the vehicle meets the claims of the manufacturer.”

Rimkus Consulting Group Inc. commissioned the research after Michael Urban reached out to Dr. Craig Hoff, Dean of the College of Engineering, about the project. Urban, a practice leader and professional engineer at Rimkus, is taking online classes at Kettering to earn a master’s degree.

The project required the University to purchase a soft target, a foam vehicle similar in size to a sedan. Hoff said he had already planned to make that purchase for other projects.

Hoff said he selected Mekky to work on the project because of his background in dynamic systems and controls.

“[Mekky] was able to quickly come up to speed and has been doing a great job on the project,” Hoff said.

Urban, an accident reconstructionist at Rimkus, said the research findings will help provide more information on how accidents happen. He said he’s seen a couple of accident types involving automatic emergency brakes. One in which the driver said the accident wasn’t their fault because the car didn’t stop on its own and another in which the car stopped on its own in the middle of traffic, reportedly for no reason.

“If we know how systems work, it will help us to know how they fail,” Urban said.

Vehicles on the road today collect data when they are involved in a crash, but the data doesn’t always show if the vehicle had taken over as is the case with an AEB system or if the driver was in charge. The findings from this research may help change that, and analysts may be able to tell if the driver was paying attention or if it was a vehicle taking charge, Urban said. Sometimes, drivers are paying attention but think the vehicle is able to do more on its own than it actually can. That’s because drivers don’t completely understand their vehicles’ features.

With the industry standard for the system set to a limited scope of an 8 mph reduction in speed before impact, the Kettering research is finding that the system’s performances vary by vehicle.

For this phase of the research, the team uses a stationary target. In all cases, when the braking system takes over depends on the speed of the vehicle and the distance from the target.

“Some apply a very hard brake. Others tap the brake to make the driver aware at different levels,” Mekky said.

Graduate student Ronak Jain said the project is important because it will give people a sense of the quality of these systems from various manufacturers.

“I’m surprised by the fact that the AEB system of all of the cars tested so far is a function of the distance and the speed at which the car is approaching the target,” he said.

Fellow graduate student Nihal Nadvi has been surprised to see vehicles they thought would perform well didn’t compare with vehicles they didn’t think would do well.

“I believe this project is of prime importance as new autonomous systems come in,” Nadvi said. “It is essential that we test the vehicles that are already running on the roads to check if the vehicle meets the claims of the manufacturer.”

Urban said he hopes to expand this testing at Kettering to include moving targets, more vehicles, different weather conditions and various scenarios, including side impacts. For now, it’s about understanding the basics of what the vehicles can do. 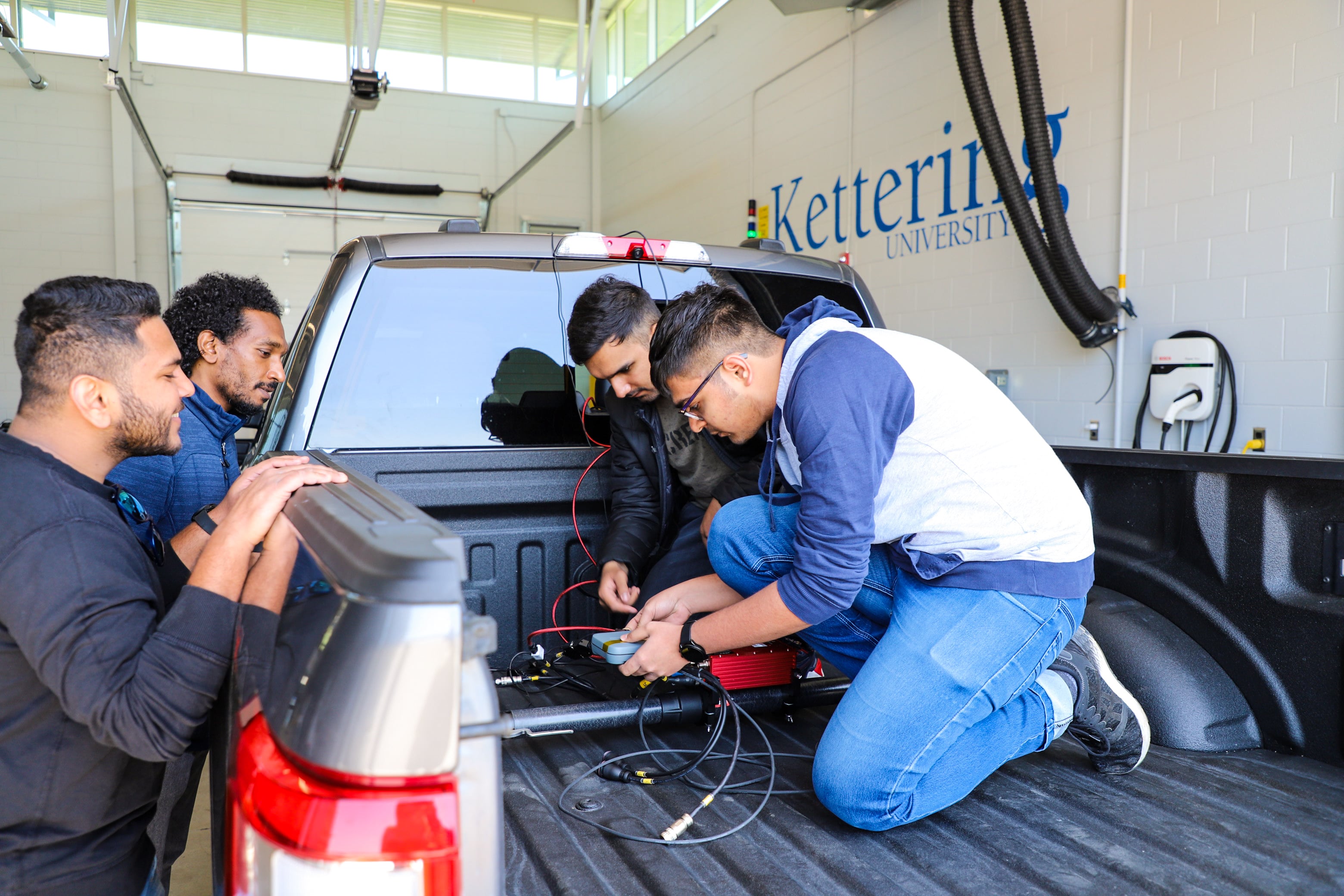