Kettering University is fourth nationally in producing alumni who are inventors 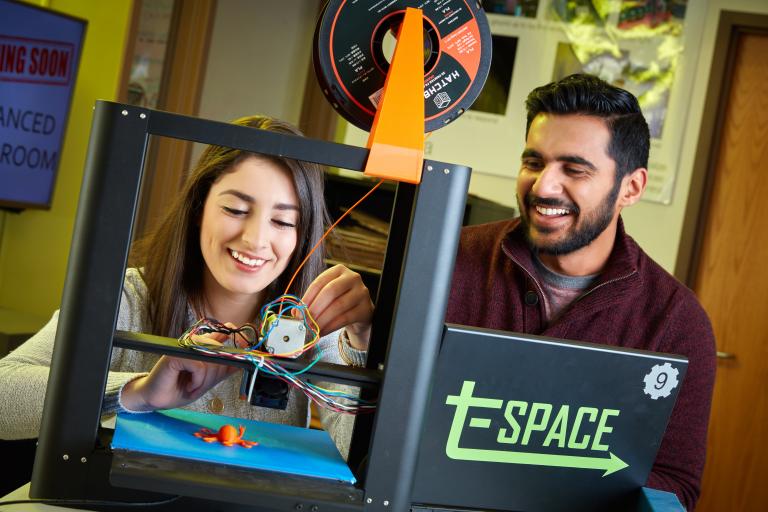 Kettering University produces more inventors per graduate than all but three universities in the country, according to a recently released study examining how exposure to innovation influences inventiveness.

The study, by economists from Harvard University, MIT, the London School of Economics, Stanford University and the U.S. Treasury, analyzes the backgrounds of patent-holders nationwide to determine shared characteristics of inventors. In a portion of the study looking at the education of patent-holders, Kettering University was fourth in producing alumni who hold patents – trailing only MIT, CalTech and Harvey Mudd. 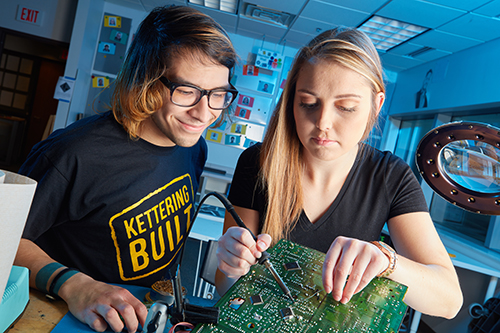 An article in The Economist noted that, “the college which produces the fourth-highest share of inventors in the data set is … Kettering University in Flint, Michigan—edging out brand-name institutions like Stanford and Carnegie Mellon.”

“From the moment they arrive on campus, Kettering University students are exposed to an intense, rigorous academic experience in our classrooms and labs and get to immediately apply what they learn in real-world industry settings through their co-op placements,” said Dr. Robert K. McMahan, Kettering University President. “That combination of theory and practice results in graduates who are uniquely prepared to enter the workforce not just as contributors, but as leaders and innovators. Kettering alumni have made a profound impact and have a proud legacy of creating technologies that have made the world safer, more connected and more sustainable.”

Kettering University was founded in 1919 on the belief that the best way to train engineers, scientists, businesspeople, leaders and innovators was to interlace the theory they learned in classrooms and labs with applied, professional experiences in their fields of study throughout their entire education. All Kettering students alternate between on-campus terms and co-op terms, either in paid positions with the University’s nearly 600 industry partners or in full-time, paid, research-based positions alongside faculty in labs.

That unique model has led to dynamic outcomes for graduates and, historically, led to greater access to a prestigious education for students of economically diverse backgrounds. A 2018 study in The New York Times listed Kettering as No. 1 in social mobility among highly selective private universities nationwide.

“The ability for students to apply knowledge gained immediately to real-world problems in professional settings both on and off campus during the entire undergraduate experience differentiates Kettering from other universities,” McMahan said. “That also leads to unique learning opportunities like understanding the patent process through intensive research experiences on campus or in industry settings in their co-op positions. At Kettering, our students and graduates truly develop the inventor’s mindset.”

Kettering’s facilities include the only autonomous vehicle proving ground on a college campus in the country, a crash safety center and high-tech lab and research equipment that undergraduate students get access to from the moment they arrive on campus. Kettering faculty have received more Major Research Instrumentation grants from the National Science Foundation than any university in Michigan since 2012 and are among the leaders in the United States in being awarded these grants, which have dramatically enhanced the University’s research capabilities.

Kettering alumni also typically advance more quickly in their careers because of that headstart – more than 900 alumni in the University’s database are CEOs or presidents.

Kettering’s reputation as a rigorous academic institution also creates demand for graduates at elite graduate schools. The former dean of admissions for Harvard Business School told Fortune that, “we love Kettering in Flint” because of the experiences that students gain in the co-op program.

Additionally, Kettering University’s engineering program ranked 14th in the country in the 2018 U.S. News and World Report ‘Best Colleges’ edition. Kettering was designated a ‘Best in the Midwest’ university by the Princeton Review in its 2018 Best Colleges edition, the Washington Monthly ranked Kettering fifth in the Midwest in its ‘Best Bang for the Buck’ college rankings and Forbes designated Kettering as one of America’s Top Colleges in 2017. College Factual recognized Kettering's Mechanical Engineering program as the best in the country in 2018.