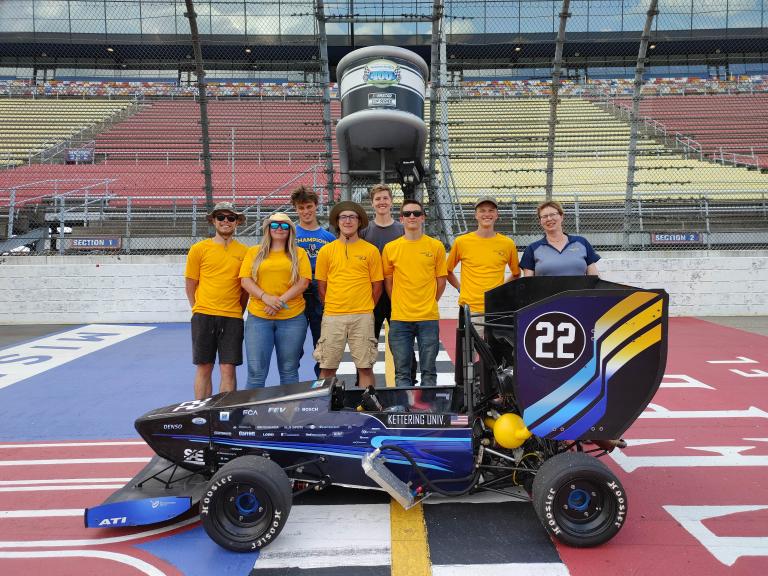 “Winning this recognition from the chapter felt great.”

The Society of Automotive Engineers (SAE) Collegiate Cup won’t have far to travel this year, because another Kettering team has won it.

The cup is a traveling trophy awarded annually to the winner of the SAE Collegiate Chapter Project Presentation Competition. Last year, the Kettering AutoDrive team won.

Kettering Formula SAE captains Aubrey Gorm (’22, ME) and Christos Batsakis (’22, ME) gave the presentation, which focused on the team’s 2021 competition season performance and the 2022 vehicle design based on lessons learned and new performance goals. The team had its best finish in program history when it finished seventh of 51 at the 2021 Formula SAE Validation Event in July at the Michigan International Speedway (MIS) in Brooklyn.

“Winning this recognition from the chapter felt great, of course,” Gorm said. “It was sort of a closing act for announcing our school-record-breaking performance last year and the kickoff for our game plan of the 2022 competition season.”

She said the audience’s enthusiastic reaction to the team’s presentation was an empowering moment.

In addition to the Collegiate Cup trophy, the winning team also received $500 to use on the development of its race car. 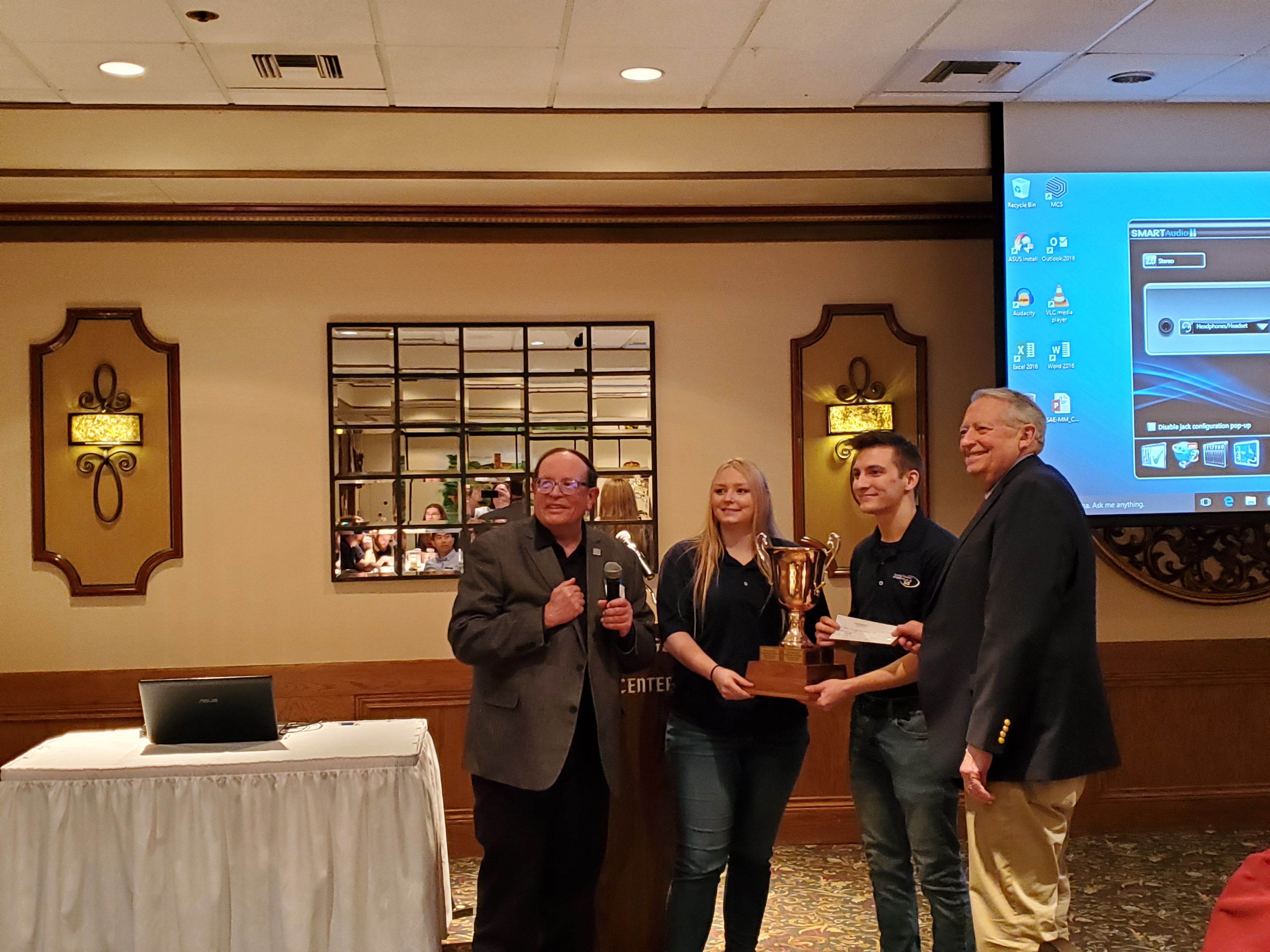