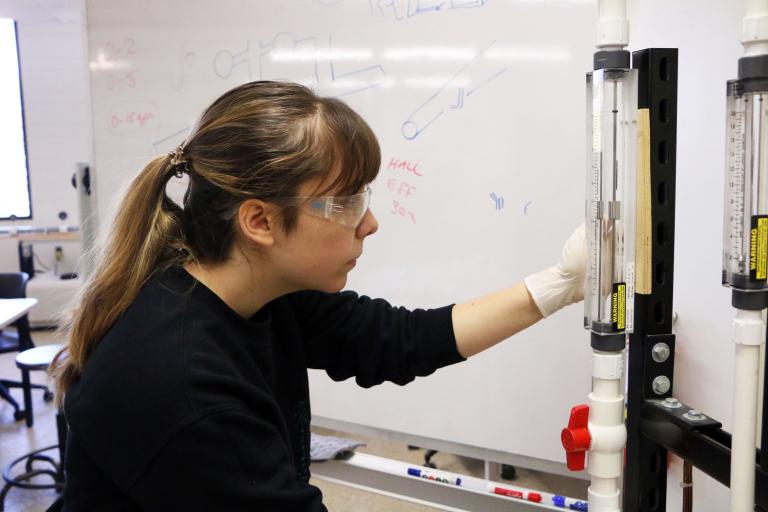 Kettering University has announced the two new academic departments — the Department of Chemical Engineering and the Department of Natural Sciences — that are part of the institution’s Bright Future initiative introduced earlier this year.

The Bright Future initiative is a reinvention of academic programs to focus on the University’s core strengths and areas in which it has a strong history and national reputation such as engineering, automotive innovation and mobility. The program changes will revitalize the curricula and infuse innovation, creativity and a cross-disciplinary focus into the educational experience of all Kettering students.

Gilliam is an Associate Professor of Chemical Engineering at Kettering. She has been at the University since 2011, and co-developed the new curriculum as one of the first faculty members in the chemical engineering program. She grew an active research program in advanced materials for mobility applications, thin films and coatings, lightweight plastics, battery materials, modeling chemical emissions from plastics, coatings for biomedical devices, bio-based composites and more.

Wenzel is an Associate Professor of Chemical Engineering. Before coming to Kettering in 2010, he worked as a research engineer on military projects for four years at the Missouri University of Technology. He has established a research and consulting program in supercritical fluid technology at Kettering.

Ludwigsen has been with the University for 20 years. He has served as the physics department head since 2016, and teaches physics and acoustics. His research interests include musical acoustics, noise and vibration, psychoacoustics and the perception of sound. Ludwigsen’s work resulted in a new curriculum in introductory physics labs, a sophomore-level course in computational physics, an engineering-oriented approach to an online acoustics elective and a project-based approach to an upper-level lab course in acoustics.

The interim department heads will remain in place while the University conducts national searches to fill the roles.