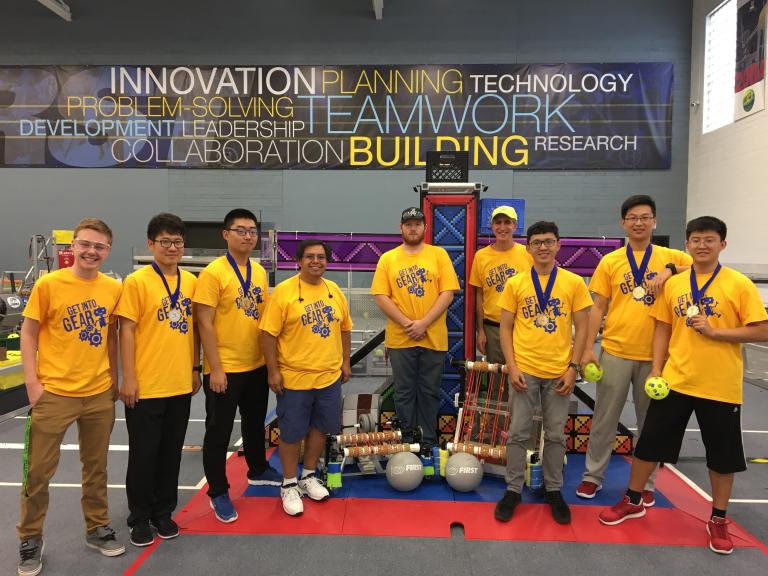 Kettering University’s English as a Second Language program this month welcomed five students from partnering institutions in China and Vietnam to participate in a unique ESL and Robotics Summer Program. 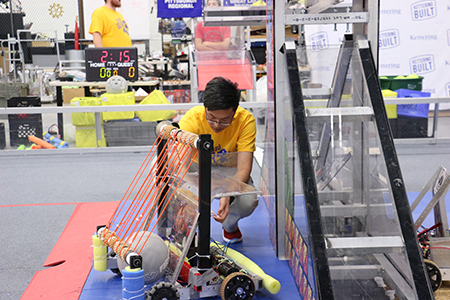 “We wanted to focus on more than just the ESL program. We wanted to highlight what our university excels at, which is hands-on learning. As freshmen or sophomores at their university, only one student in the program has experience building something,” said Kevin Fedewa, English as a Second Language (ESL) Program Director at Kettering University. “Plus it’s a fun way to learn. Pairing ESL with other things we are already doing on campus is more beneficial to the students.”

The ESL program at Kettering, which started in the fall of 2016, helps to provide a pathway for students who meet college admission requirements, but have lower English ability and to provide English training that allows students to go on and successfully obtain their degree. So far, the program has provided Technical English classes for 68 Chinese delegates; Business English classes for 52 German exchange students and ESL classes for three students.

During the two-week summer camp, the five students also got the opportunity to tour and learn more about Kettering’s Crash Safety Center and GM Mobility Research Center, as well as participate in a workshop at Factory Two, a makerspace in Flint. They visited other sites in Flint, Michigan, such as the Flint Farmers’ Market and the Flint Institute of Arts.

Wang Zian from Wuhan University of Technology said the whole experience at Kettering has been very beneficial. This was the first time he built a robot on his own and will walk away from the experience with a lot helpful skills and knowledge.

“The first week, which was for the ESL classes, was pretty amazing. It was helpful for the second week when we were building a robot,” Zian said, who is studying electronics, science, and technology in China. “This is my first time I built a robot by myself. This week has been amazing for me.”

Zian has always been interested in robots and mechanics so the camp opportunity really grabbed his attention, he said. And he learned a lot during the robot build during the last week, as the students had to solve a lot of problems as they arose. FIRST Robotics staff and mentors helped them along the way.

“Building the mechanical parts is very interesting to me. I really enjoyed the experience of being able to build things with the tools,” he said. “This is beyond my expectation. I definitely want to see the camp continue.” 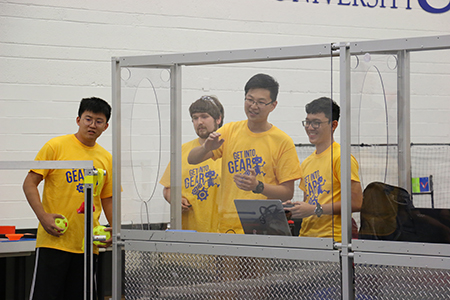 Phong Nguyen from Ho Chi Minh University of Science and Technology enjoyed the experience the camp provided in order to grow his English skills, learn more about robotics, and get ingrained more in American culture.

“Everyone at Kettering helped me a lot. People in FIRST Robotics are really friendly. They always helped me when I needed something. I don’t think I could finish the robot in one week without their help,” Nguyen said. “I learned a lot of new things—new vocabulary, new mechanical systems, new knowledge about robots. I can know how to design a full mechanical system now, how to design an electrical circuit, and my English listening and speaking have improved.”

Kettering University students learning Chinese also had the chance to meet and hang out with the camp participants and learn from each other, Fedewa said.

“There was a lot of interest in this camp in a very short amount of time. It’s a great opportunity for our Kettering students to meet with students from our partner institutions,” Fedewa said. “Kettering stands out because of our co-op program, but we want to continue to stick out.

This was another way to get people interested and let our partner institutions know we have an ESL program so if they are interested they can know that language barriers won’t be an issue.”