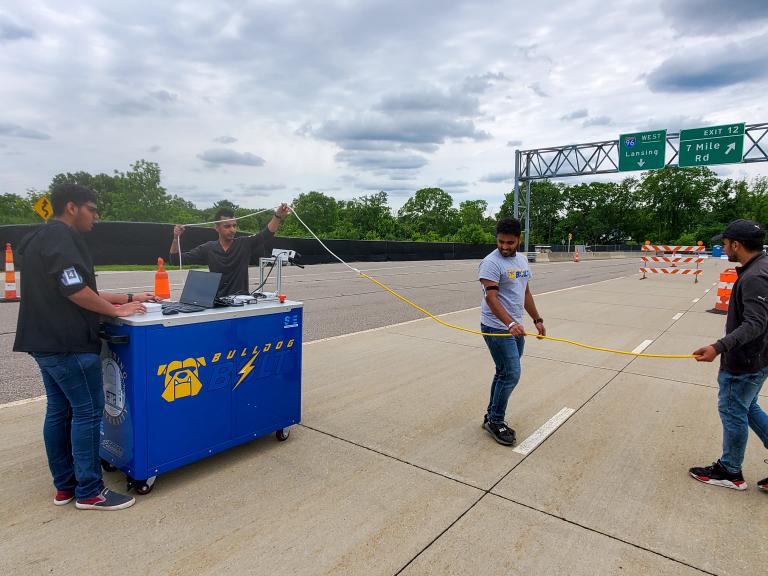 “We have developed a solid organizational structure, and some key positions have been identified within the team for which we need to recruit in the coming months.”

The Kettering University AutoDrive Team, Bulldog Bolt, brought home more awards after wrapping up Year One of the AutoDrive II Challenge at MCity in Ann Arbor.

The team placed second in the Dynamic Obstacle Challenge, and the team’s faculty advisor, Dr. Diane Peters, received the inaugural Advisor of the Year award. 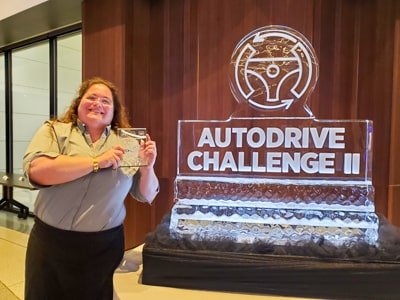 “It feels great to win the award for multiple reasons,” Peters said. “For one, the nominations came from students, so I know that at least one of my students thought highly enough of me to nominate me. Second, I’m sure there was a lot of competition. All faculty advisors work hard and are dedicated to their teams, so standing out in that crowd is really significant. Many of the other advisors came up after the awards ceremony and congratulated me. It’s a great community.”

Ten teams competed in the Society of Automotive Engineers (SAE) AutoDrive II Challenge event June 6-12. The Kettering team was one of six that had competed in the AutoDrive I Challenge. The four-year competition, sponsored by SAE and General Motors, tasks teams with developing and demonstrating a completely autonomous-driving passenger vehicle. Each year, the competition builds on the previous by adding more challenges.

Unlike the previous challenge, the teams outfitted a large metal cart instead of a car with sensors to collect data that will inform their work on their Chevy Bolts next year.

“With a larger group of teams —10 instead of eight — the competition has gotten tougher, and we’re going to need to step up our game a bit,” Peters said. “One of our biggest challenges was the fact that we’re not a large enough team; we need more people, particularly undergraduate students.”

She said recruiting students for this challenge was difficult because the team hadn’t received its rules or equipment in time to accurately explain to students what to expect and what they’d be doing. Now, the team has a plan to recruit students and prepare them for the next competition.

Team captain and graduate student Tanmay Panchal also called the team’s small size a big challenge, and he, too, said growing the team is critical.

“We have developed a solid organizational structure, and some key positions have been identified within the team for which we need to recruit in the coming months,” he said.

It’s also important for veteran members to work with new team members to ensure no knowledge is lost as students graduate, Panchal said.

Information about next year’s competition will be released this summer.

“Over the next few months, while we wait for the rules [for Year Two] to come out, the team can look at what was learned, what went well and what didn’t, and work on getting our perception to where it needs to be,” Peters said. “This is going to be critical when we start working with the car so that we can focus on the integration and have good, solid things to integrate it with.” 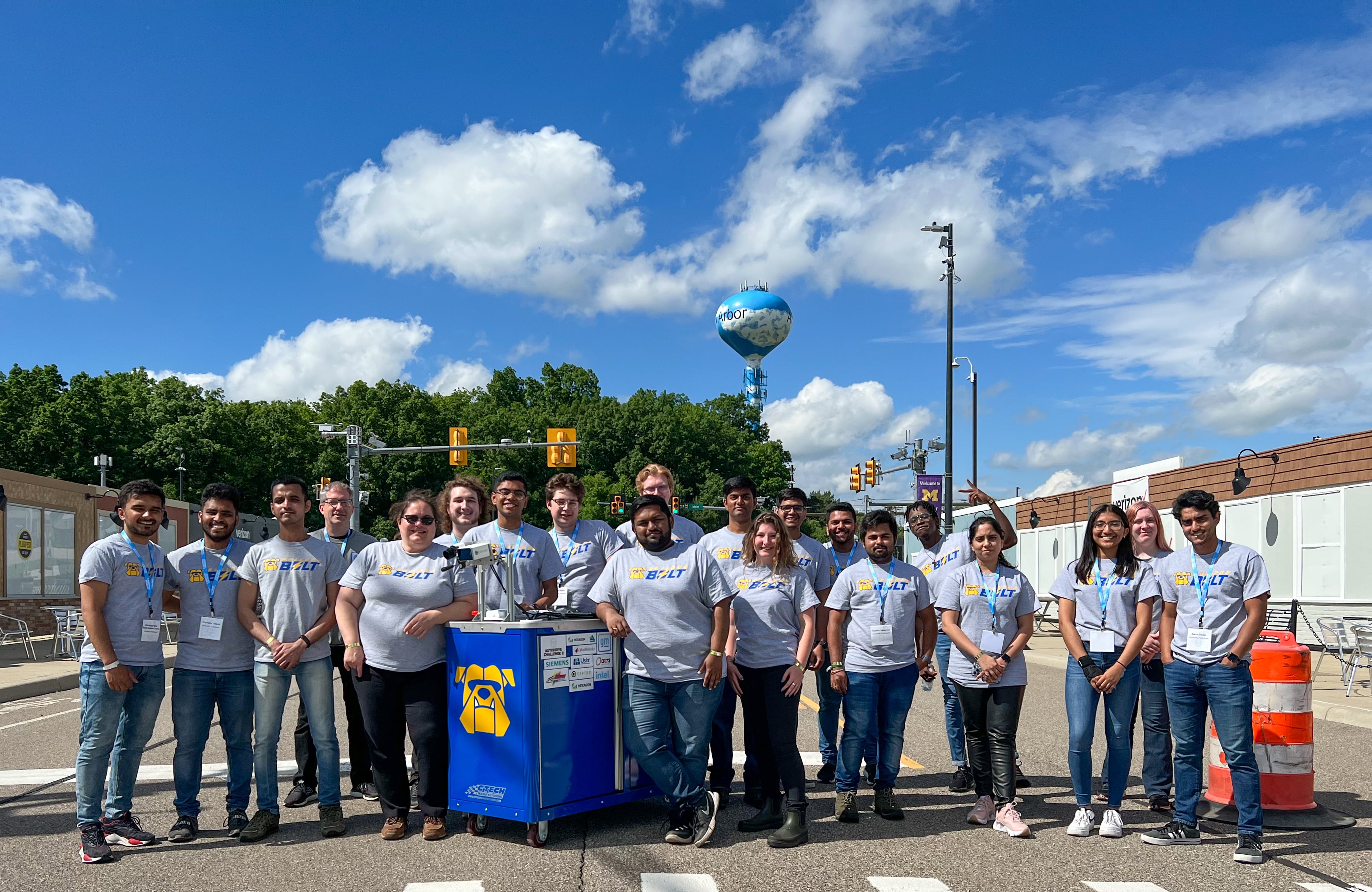