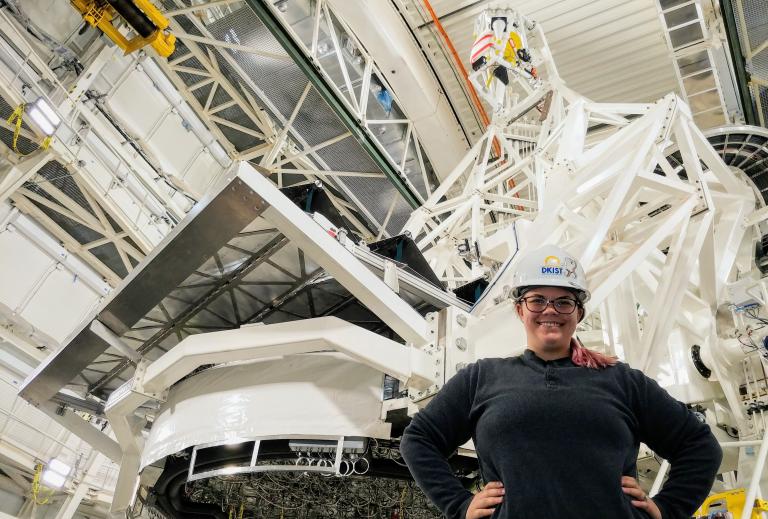 A Kettering University alumna is part of a team constructing what will be the largest solar telescope in the world, a ground-based telescope in Hawaii.

Mackenzie Stratton ’16, a Mechanical Engineering major, is an assistant engineer for the National Science Foundation’s Daniel K. Inouye Solar Telescope, built and operated by the National Solar Observatory. The telescope is at the 10,023-foot summit of Haleakalā, a volcano on Maui. It’s expected to be operational in early 2019.

“Seeing something come together as big as this is incredible,” Stratton said. “It makes you feel like you’re part of something a lot bigger than yourself. It makes it fun to go to work every day.” 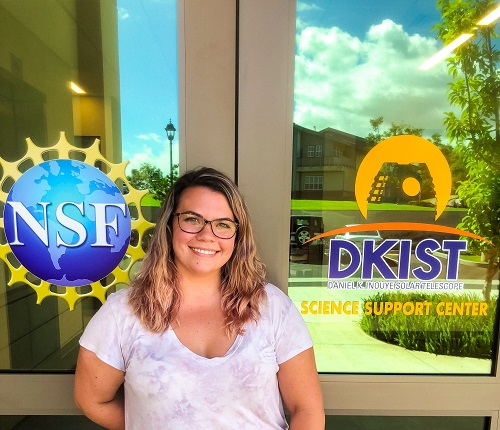 Stratton works for the Association of Universities for Research and Astronomy (AURA), a conglomerate of universities that operates several telescopes and observatories. She has several roles within her job; currently, her primary role is to purchase parts and equipment for the telescope and its laboratories. The National Solar Observatory team wanted an engineer’s eyes on the purchasing orders. Since she started the job in October 2017, the job expanded to include ownership of more engineering activities. She’s on the telescope’s vibration team, which led to her co-authoring and presenting her first engineering paper at the SPIE conference in July. She also works directly with the team designing and outfitting an instrument prep laboratory at the site of the telescope. When the telescope is operating, engineers and astronomers can’t be in the main rotator lab and need to use a second lab, Stratton said.

“I bought everything for it and helped the principal engineers determine the layout of the room,” she said. “This is the first job I’ve been in where I’ve been introduced to working with a budget and hard deadlines. There is pressure to produce results in a really concrete, tangible way. It’s been interesting for me.”

The opportunity snuck up on Stratton, she said. She had been working in a different role and was looking for job at an observatory, something she’d wanted since she was at Kettering. One day, she received an email from a job register for AURA and decided to apply. Her experience at Kettering’s Acoustic Testing and Modeling lab and in her co-ops gave her the knowledge most people don’t have unless they get a master’s degree, she said. That, paired with growing up in a construction union household, made her a great fit for the job.

She’ll remain at the observatory through the duration of construction through January 2020, and she hopes to remain on the island she considers home. On a family vacation in 2013, Stratton visited Maui and loved it immediately.

AURA is investing time and resources on Stratton through training and conferences. She’s contributed to papers and will attend the Society of Women Engineers in Minnesota in October.

“They really try to give us opportunities,” she said. “I’ve never been this invested in as an employee before. It feels really good.”

Stratton chose to come to Kettering University because of her involvement with FIRST Robotics and the Lives Improve Through Engineering (LITE) summer camp. Her high school robotics team, Grand Blanc High School Team 2337 - The EngiNERDs, competed at Kettering and went to nationals as a rookie team. After visiting Kettering, she signed up for a summer camp, and she attended LITE two years later. The experience was invaluable, she said. She met fellow students she remains friends with, and her mentors were instrumental in helping the LITE students to not be afraid to fail. LITE was one of the deciding factors in attending Kettering.

She advises Kettering students to not wish away their time in class.