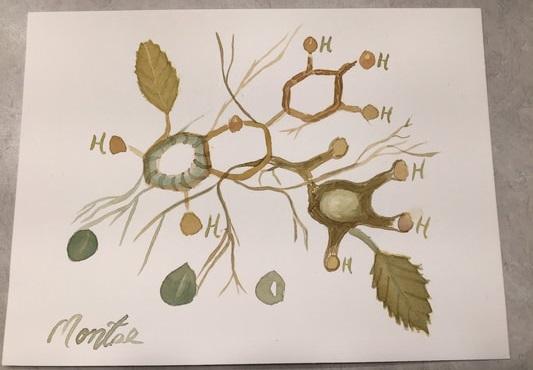 A Kettering University faculty member is studying the intersection of chemistry and art in SciArt Center’s The Bridge residency program.

Dr. Montserrat Rabago-Smith, was named to the four-month, virtual residency program earlier in 2018. The Chemistry and Biochemistry faculty member was partnered with New York City-based artist and Fairfield University Studio Art faculty member Jo Yarrington, whose photographs have been featured at Aldrich Contemporary Art Museum, Yale University, the Rotunda Gallery, and the Museum of Glass, among others.

“The whole idea is for artists and scientists who are interested in interface to learn how to interact with each other and how to grow stronger, create new things, and see things differently at the end of the program,” Rabago-Smith said.

Rabago-Smith and Yarrington are discussing their project via Skype and documenting it on a weekly blog. They chose a common interest: tea.

Yarrington is creating the art and sending it to Rabago-Smith, who is analyzing it. The molecules in tea are different depending on the way the tea has been processed.

“Companies expect more than just a degree from students,” Rabago-Smith said. “They have to be able to integrate, collaborate, and see things from many different angles. I would like to see these integrated throughout the curriculum.

“That’s one of the things I want to learn from this residency-how to integrate art into my classes.”