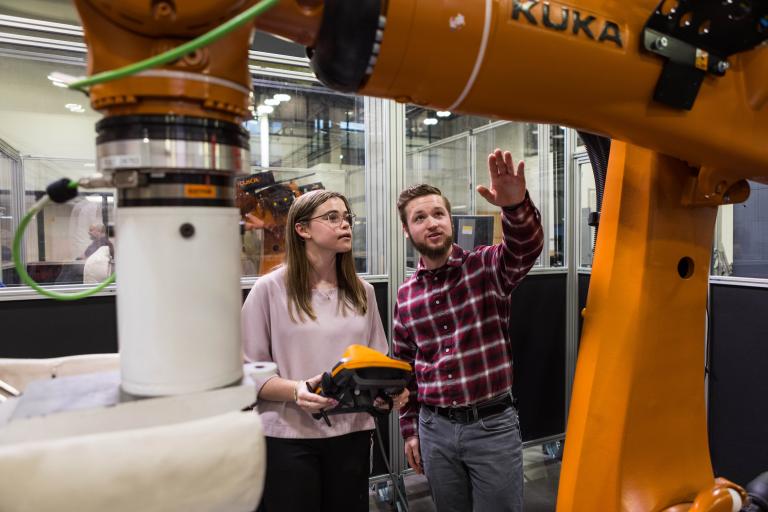 The students have spoken: Kettering University is one of the top schools in the nation in The Princeton Review’s annual book “The Best 388 Colleges.”

Based on survey results from more than 160,000 students nationwide, The Princeton Review’s Best 388 list evaluates schools on a range of factors, from financial aid and career services to sustainability and quality of life. In addition to the top 388 list, Kettering landed on the Best Midwestern list.

“Students attribute some of their success to the institution's ‘awesome’ co-op program, which is ‘unparalleled in preparing students,’” The Princeton Review reported in its 31st annual rankings.

“Our Co-op program is what sets us apart,” said Tracie Jones, Interim Vice President of Enrollment and Co-op at Kettering University. “It’s rewarding to hear students praise the program and to know they value the on-the-job training that will pay off professionally for them for years to come.”

“There is a club for anything and everyone,’ shares one student,” according to the report. “Students also list a variety of intramural sports like flag football and basketball as a great way to escape academic stress.”

“Our selection of the colleges in this book is based on our opinion of their academic offerings. We recommend each one as an academically outstanding choice for an applicant,” said Rob Franek, Editor-in-Chief of The Princeton Review and lead author of “The Best 388 Colleges.” “Our ranking lists, however, are not based on our opinions of the colleges. They’re entirely based on what the schools’ own students have told us about their experiences at them.”

Founded in 1981, The Princeton Review® is one of the nation’s leading education services companies, offering tutoring, test prep and college admissions services.