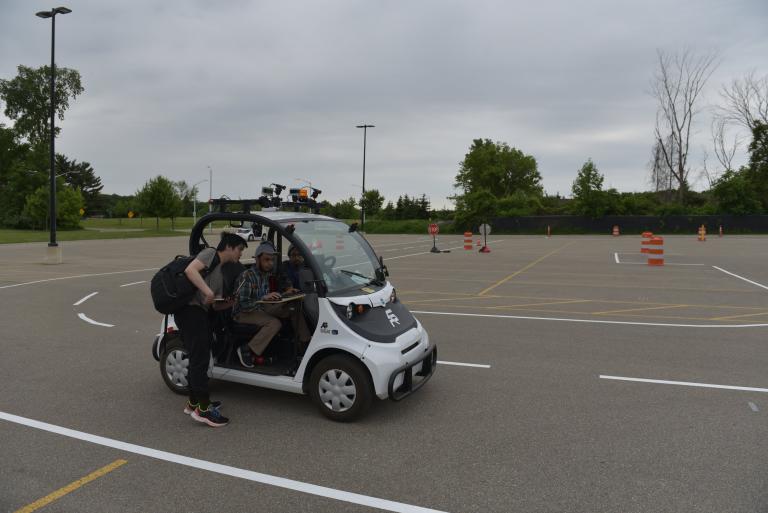 “It was a great feeling of pride for our team to finish the competition with such a great performance, only in the second year of participation,” said Dr. Mehrdad Zadeh, Kettering University Associate Professor of Electrical and Computer Engineering and team faculty advisor. “Kettering’s team is the second team in the history of the IGVC Self-Drive Challenge that completed the main course. This team defines a new version of the old saying, ‘Hard work pays off.’ The students went beyond the ordinary work of a student club to see their final product in great shape.”

Students design, develop, document, test and sell systems engineering projects for the competition, which features two challenges:  the AutoNav Challenge and the Self-Drive Challenge. Kettering was one of seven teams to compete in the Self-Drive Challenge, in which competitors adapt Army-provided software to develop an autonomous golf cart.

Graduate student Hassan Almahdi worked on mapping and rendering while serving as the team’s simulation captain. The experience introduced him to tools used in the workforce, he said.

“You are studying things already in the work industry,” Almahdi said. “You’re not learning from old books or previous apps.”

Graduate student Amanuel Weldemichael worked in perception and sensor fusion, simulation integration and testing. The team’s success was not a surprise, he said, because the team worked hard to prepare for the event. To remain competitive, however, Weldemichael said more students will need to get involved in the program.

“Most of the IGVC members are graduating, so we need people to continue this success for upcoming years,” he said. 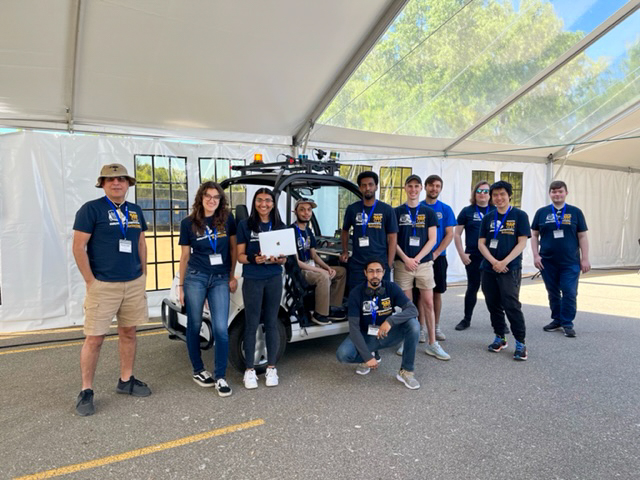