Fewer moving parts is the key to better engines 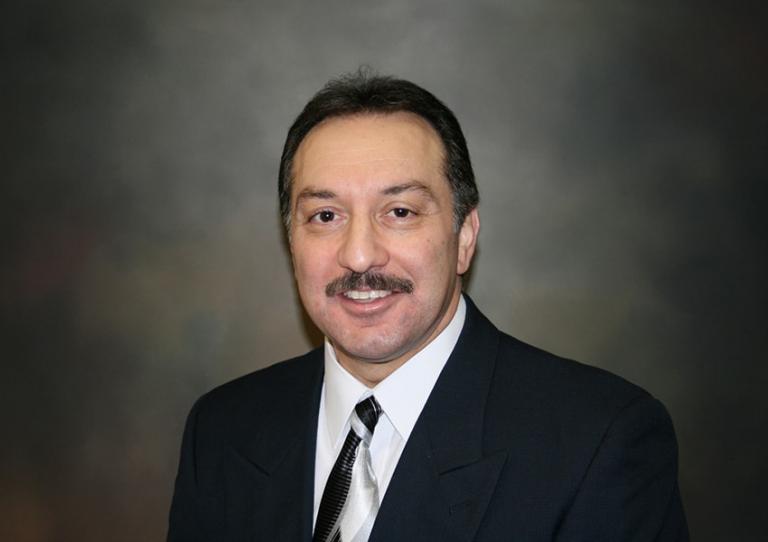 Three recent innovations in combustion engine technology have been combined into one amazingly simple new engine design. Utilizing a free piston, meaning there is no crankshaft or connecting rods, a cam-less valve system, meaning it has no camshaft, and a homogeneous charge compression ignition (HCCI) system, the design promises better emissions and a more efficient, longer-lasting engine.

Eliminating rods, crankshafts, camshafts and spark plugs is actually beneficial. "With fewer moving parts you have less friction, wear and noise," said Ramadan, "which could extend life of engine. This could also make engines smaller, more compact and weigh less."

All these subtractions add up to increased interest in a free piston, cam-less valve, HCCI engine. The free piston design alone means less wear, less noise and less vibration. "It is a simpler system than conventional combustion engines," Ramadan said.

"The easiest way to imagine it is to envision the piston as a thick pancake moving freely inside a pipe. Instead of having rods connecting it to the crankshaft and moving the piston in the cylinder utilizing combustion from only one side - the piston is pushed by combustion from one side and the crankshaft pushes it back - a free piston has combustion occurring on both sides of the pancake (piston) - so combustion pushes the piston to one side and then a second combustion pushes it back. Power is transmitted through a hydraulic system or alternator. So, the engine could have application in both transportation and stationary power systems," said Ramadan.

In addition to fewer moving parts, a free piston could go in any direction, allowing a change in engine orientation, as in a conventional engine. The engine could be horizontal, Ramadan said. Pistons currently go up and down in a vertical direction in conventional combustion engines.

"It would make sense for a free piston engine to be horizontal," he said, "it's not a new concept. Subaru and Porsche designed their engines so that the pistons move horizontally, giving them a lower center of gravity for the engine and a more compact engine."

"The reason the free piston method was not used before, is that controlling the opening and closing of the valves was not easy because they have to be controlled electronically," Ramadan said. "The technology and reliability of microprocessors is much better now than it was a few years ago, enabling control of engine valves in terms of milliseconds. We can use computational modeling to look at multiple valve events and vary the valve timing in an engine operating at different engine speeds and under different operating conditions."

In a conventional engine valves are forced to open and close by the camshaft, and the camshaft is usually forced to rotate by connecting it to the crankshaft through gears and chains. With cam-less valves, an electrical current is passed through a solenoid creating a magnetic field like a cordless doorbell. The magnetic field created by each solenoid forces the individual valves to open and close.

"Typically, on a four-cylinder engine you have at least one intake valve and one exhaust valve per cylinder, there are a total of eight valves. When an engine is running at 4000 rpm, everything is happening in milliseconds and controlling the opening and closing of multiple valves in a fraction of a millisecond was a challenge," Ramadan said.

With a cam-less valve system model, Ramadan can control how long each valve stays open and the valves can be controlled independently - they are not tied to the functions of other engine parts. "Before, everything operated at the same rate and you couldn't control how long the valve stayed open or how wide it opened this was controlled by the thickness of the cam itself," he said. "Electronically, we can open the valve just four millimeters at a specific engine speed, and then at a higher engine speed, open it six millimeters," Ramadan said, "we can now control all this electronically much better than mechanical devices can control it."

With the addition of HCCI, the free piston and cam-less design becomes a triple threat. HCCI combines the gasoline engine concept, with a spark plug igniting combustion, and the diesel engine concept, utilizing compression to create combustion. The combination approach uses a fuel/air mixture that is created by injecting fuel into the intake port, thus allowing it to make a premixed homogeneous charge that is compression heated to the point of auto-ignition.

Numerous ignition points throughout the mixture ensure rapid combustion. The advantages are there is no flame propagation required as in a spark-ignition engine, and no high temperature regions as in a diesel engine. Moreover, this allows the engine to be used with lean mixtures.

Each of the three experimental elements has it's own benefits but when combined they offer significant benefits over conventional engines. The resulting experimental engine is similar to a fuel cell powered engine in that there are less moving parts, lower emissions and it can also use hydrogen as fuel. "The free piston, cam-less HCCI engine could be used in hybrid vehicles to run an electric generator and run the car on an electric motor rather than a typical engine," Ramadan said.

"It is more likely for this technology to be on the market before fuel cell driven cars because the challenges to mass produce it are a lot simpler than to produce fuel cells," he said.