Dr. Babak Elahi Appointed as Interim Dean of the College of Sciences and Liberal Arts 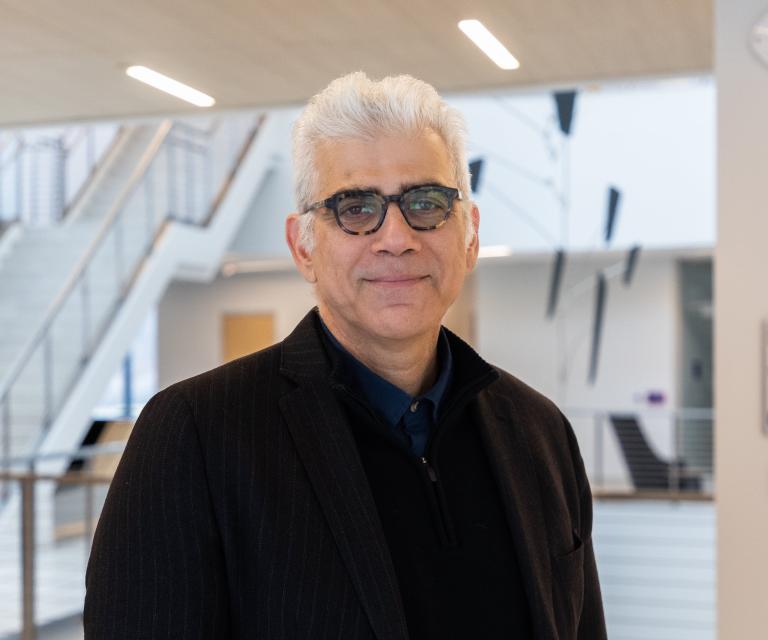 Kettering University has appointed Dr. Babak Elahi as the Interim Dean of the College of Sciences and Liberal Arts, effective Jan. 23.

“I wish to express my gratitude to Dr. Elahi for his willingness to serve as the Interim Dean,” said University Provost Dr. James Zhang. “I look forward to working with him as he brings a strong commitment to teaching and learning, research excellence and academic leadership.”

Elahi joined Kettering in 2019 as the Department Head of Liberal Arts. He teaches literature, film studies and technical communication, as well as sophomore and senior seminar in the Liberal Arts Department.

“As a humanist, I wholeheartedly believe that we live in a time that poses wicked problems that transcend disciplines and domains,” Elahi said. “We must face these challenges together across the arts, sciences, management and engineering fields. I am excited to collaborate with colleagues across the University to ensure the continuity of Kettering's mission and innovate on that mission. I joined Kettering on its 100th birthday in 2019 as the Department Head of Liberal Arts. I'm honored now to be entrusted with this new responsibility. As Interim Dean of our dynamic College of Sciences and Liberal Arts, I will do my utmost to help lead this one-of-a-kind institution into its second century of excellence.”

Before joining Kettering, Elahi was a professor of communication and literature in the College of Liberal Arts at Rochester Institute of Technology. He also served as Associate Dean there from 2011 to 2016.

His research interests include American literature, popular culture, Iranian diasporic life writing, modern Iranian fiction and documentary film. Elahi has translated many Iranian works of fiction from Persian to English. His most recent academic article, “Reorienting Grass,” is an extended study of the 1925 documentary film “Grass: A Nation’s Battle for Life” and the subsequent musical score Iranian musicians composed in 1992. Elahi also is a musician with writing and performing credits on the musical score of the 2018 independent documentary “The House of Stronzo.”