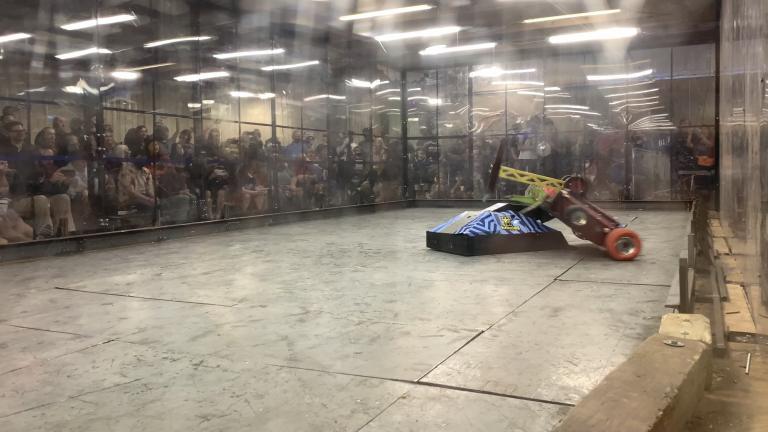 “With all of this newfound experience under our belts, we have many new ideas we’re planning to implement for next season’s robot.”

The team sent Mad Dog into battle for the first time since it began meeting in October 2019 with aspirations of appearing in the 2021 season of Discovery Channel’s “BattleBots.” Although the team fell short of its goal, it did get to compete against two teams featured on the show and two other bots during Robot Ruckus.

“Throughout the weekend, we had technical issues that stopped Mad Dog from reaching its fullest potential, but this was our first initial test, so this was somewhat expected,” said Nick Lipcsik (’24, ME), team president. “Our creation still showed off some of its abilities against several fierce robots, which we were very proud of.”

The team’s 250-pound robot measured in at 4 feet long, 1.5 feet wide and 1 foot tall. Each wheel was independently controlled so the robot can face one way while moving another. It also featured a lifting mechanism.

Though Mad Dog didn’t win any of its battles, it helped the team learn some valuable lessons as it prepares to apply for the 2022 season of “BattleBots.”

“There are numerous practices — small and large — that we have taken into account from talking to other builders,” said Luke Fenstermacher (’22, ME), team marketing director. “From methods of fastening to team organization, there are so many things as a team we’re looking forward to implementing in the near future. Aside from this, Mad Dog is now battle-tested. We designed our robot with FEA [finite element analysis] to the loads and forces we thought we’d encounter, but nothing compares to getting head-to-head action with other heavyweight robots.”

The team hopes to complete its 2022 application by late February.

“With all of this newfound experience under our belts, we have many new ideas we’re planning to implement for next season’s robot,” said Justin Pointer (’25, ME) team manufacturing director. “We’ll be sure to emphasize this on our 2022 ‘BattleBots’ application.”

Team members said the generosity of the combat robotics community blew them away. They said competing teams were welcoming and eager to offer tips and advice on designs, manufacturing and software.

“Overall, the biggest takeaway might be that the combat robotics community is very tight-knit, welcoming and inclusive,” Lipcsik said. “And, they’re always happy to provide a helping hand for overcoming problems or just bouncing ideas off of.”

“The most valuable piece of advice we received was from the builders of Big Dill,” he said. “They told us to never be discouraged by things going wrong; it’s a learning experience, and the more problems we encounter and solve just gives us more experience in combat robotics. 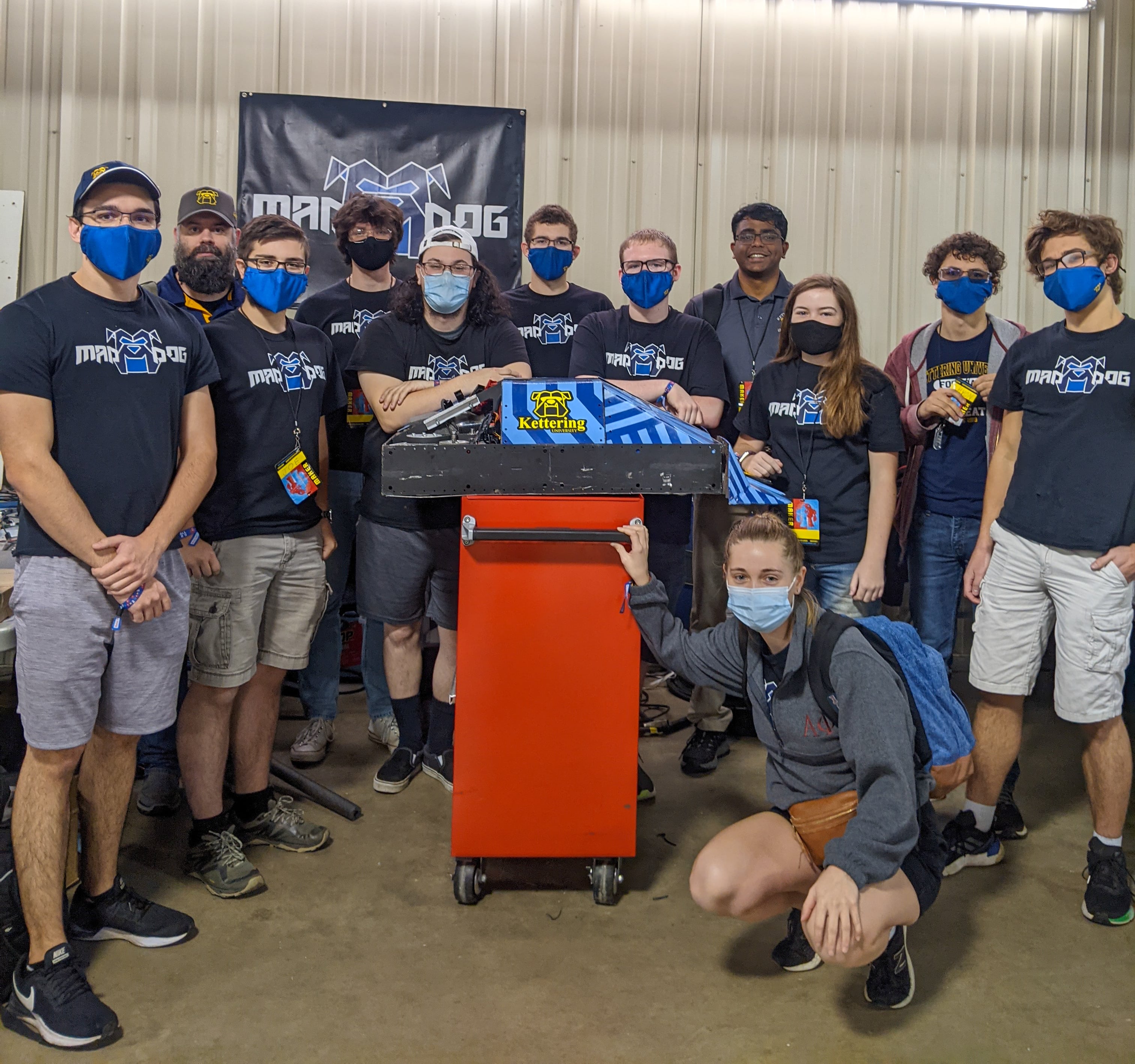