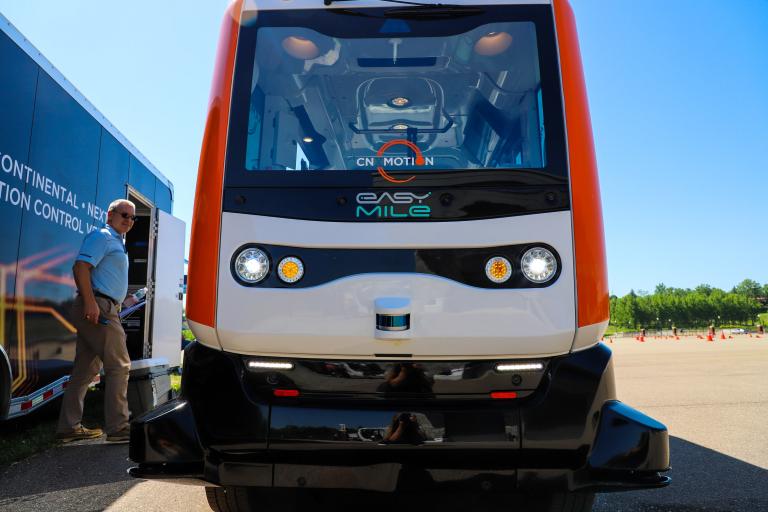 “There are many vehicle tests and maneuvers CNXMotion can perform at the MRC. The vehicle dynamics pad coupled with the road course is a tremendous combination. ”

The track at the Kettering University GM Mobility Research Center (MRC) is getting a lot of action this week.

During the Technology Ride and Drive event, attendees will learn about and participate in hands-on, in-vehicle demonstrations of the company’s motion control safety management functions, motion control algorithms demonstrated in an autonomous shuttle and award-winning brake-to-steer suite of functions.

Drivers will experience motion control safety management functions in a vehicle using autonomous software in various scenarios. For example, if there is a loss of path planning, the vehicle will safely come to a stop; or if the vehicle detects that it is drifting, it will automatically stop at the nearest safe location. In a separate test, the Electronic Power Steering (EPS) system is purposely compromised so drivers can experience the brake-to-steer technology.

CNXMotion is a joint venture between Nexteer Automotive and Continental Automotive focusing on motion control and synergies between the two companies. Five of CNXMotion’s 30 employees are Kettering graduates. The company also employs two Kettering co-op students.

For the past five years, CNXMotion has been working on its motion control technologies, with much of its testing taking place at the MRC.

“There are many vehicle tests and maneuvers CNXMotion can perform at the MRC,” said Matt Hagans (‘94, ME), CNXMotion controller and business development manager. “The vehicle dynamics pad coupled with the road course is a tremendous combination. Thanks to these assets, our engineering teams can complete a lot of work in a short amount of time.”

The MRC features a 3.25-acre test pad built to racetrack specifications with stadium-style lighting, fencing and landscaping used for the research and development of autonomous vehicles, vehicle safety standards, hybrid and electric vehicle technologies, and more. Developed on the former Chevy in the Hole site, the MRC opened in October 2016.

Having a facility like the MRC less than 30 minutes away from CNXMotion has been great, Hagans said, since other test facilities are 60 to 250 miles away, depending on the type of testing required. CNXMotion tests at the MRC about six to eight days a month. 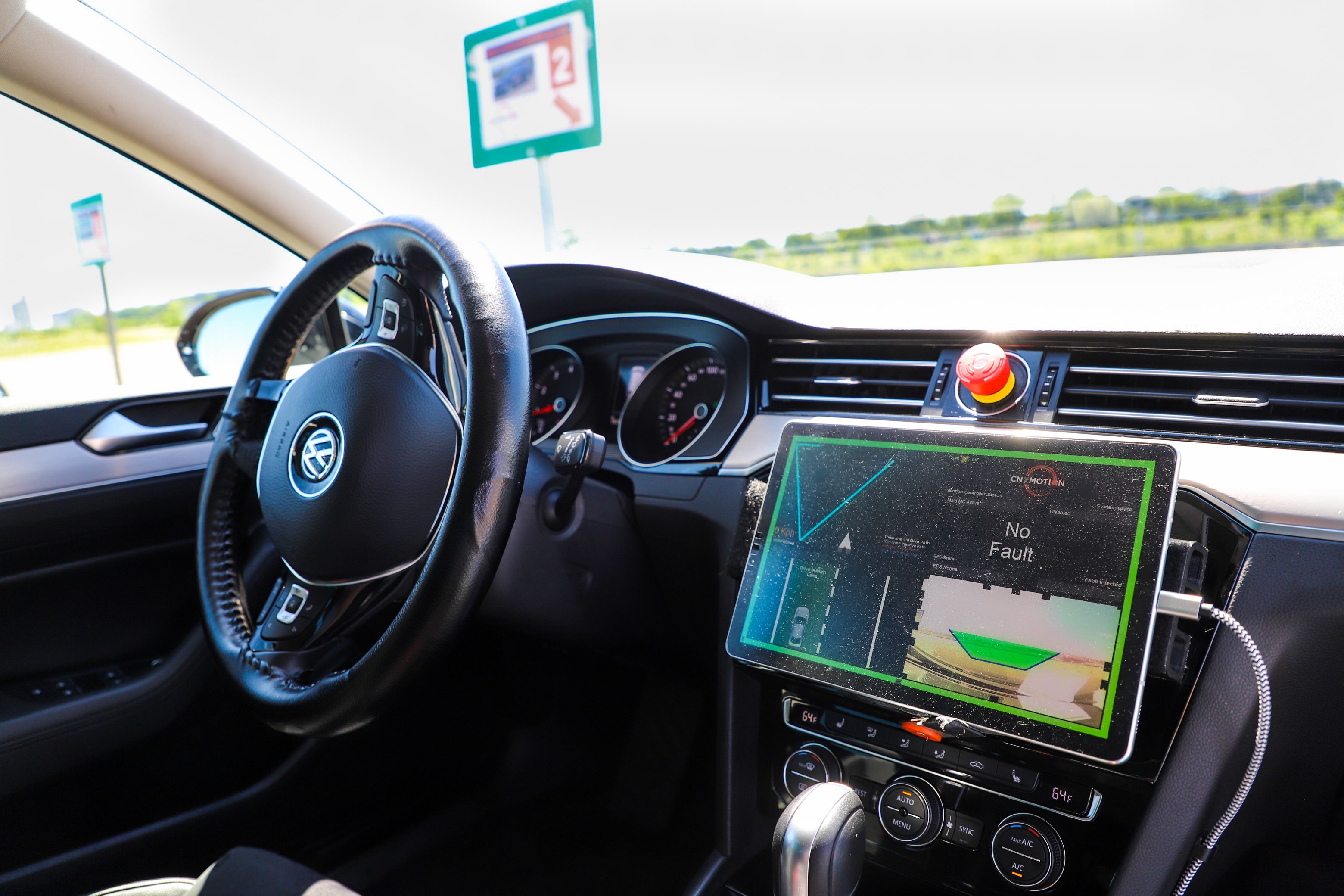