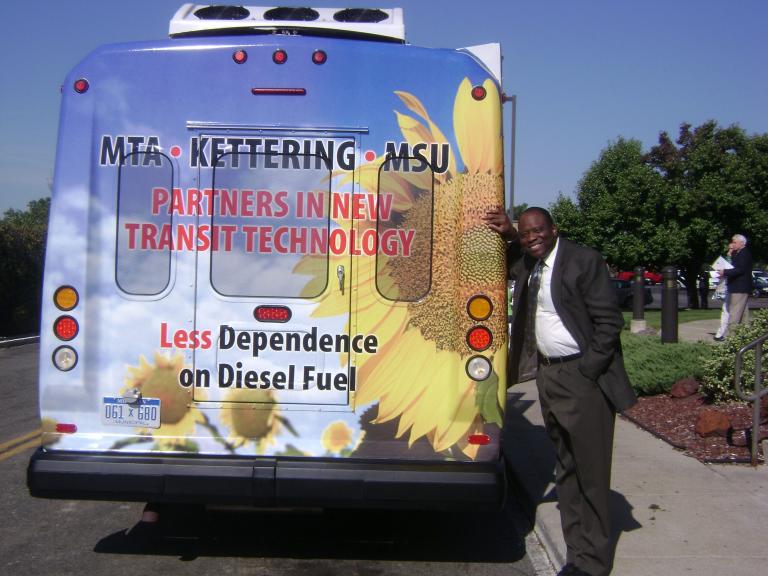 Berry's appointment is effective immediately. He will remain in his leadership role as department head for Mechanical Engineering at Kettering and will use the appointment to develop interdepartmental research and educational programs in the areas in biomedical engineering and alternative power systems, such as fuel cells.

Kettering University President James E.A. John said it is fitting for new and vital research initiatives to come under the holder of the Kettering chair. "Boss Kettering and his son, Eugene, both had a keen interest in biomedical and energy related areas of technology. We look forward to Joel's contributions and successes as the Kettering Chair of Power Engineering."

Eugene W. Kettering joined General Motors as an engineer with the former Winton Diesel Division, Cleveland, Ohio, in 1930. He subsequently became the head of research at the Electro-Motive Division of General Motors in LaGrange, Ill. He is also considered one of the foremost contributors to the evolution of the modern diesel locomotive. National recognition of his work came in 1957 when he received the Elmer A. Sperry award for "a distinguished contribution that has advanced the art of transportation." After nearly 30 years with General Motors, Kettering retired at age 50 to devote his full energies to family and philanthropic responsibilities. These included leadership roles with the Sloan-Kettering Institute in New York and the Charles F. Kettering and Kettering Family Foundations.

Berry is originally from Ecorse, Mich. He graduated from Ecorse High School and received his bachelor's degree in Mechanical Engineering from General Motors Institute (now Kettering University). He also earned a master's degree from Michigan State University and a Ph.D. from Carnegie Mellon University.

Berry, his wife, Linette, and their children, Ashley, Sydney, Kimberly and Jonathan, reside in Flint Township.