“The fact that our students tied for first place in one of the dynamic events is something to be extremely proud of.”

Kettering University’s Bulldog Bolt AutoDrive team tied for first place in the Level 4 Challenge in the final year of the original AutoDrive Challenge.

Awards were announced June 14 during a virtual ceremony.

The Level 4 Challenge calls for vehicles to respond safely to losing their GPS. Bulldog Bolt earned 45 of 200 points to tie for first place with Texas A&M.

The MathWorks Simulation deals with model-based system engineering, which allows students to do much of their development and testing virtually in computer simulations and autogenerate codes based on the results. For the Safety and Technical Reports category, students must create documentation by thinking of potential problems and consequences of those problems and how to mitigate them.

“I feel good about the results. There are always ways to improve, of course, but the students worked hard, learned a lot and showed incredible resilience in the difficult year,” said Dr. Diane Peters, the team’s faculty advisor. “We made good use of simulation tools when we couldn’t test, either due to weather or COVID, and made the most of the testing time that we did have when conditions improved enough to make it safe to do so. The fact that our students tied for first place in one of the dynamic events is something to be extremely proud of.”

The competition, which is sponsored by the Society of Automobile Engineers (SAE) International and General Motors, started in 2017 and wrapped up its fourth and final year at the University of Michigan’s autonomous vehicle testing facility, MCity.

Eight teams have been participating in the challenge, which tasked them to develop and demonstrate a completely autonomous-driving passenger vehicle. Each year, the competition builds on the next by adding more challenges. Teams were recognized in various categories, as well as overall. GM provides teams with a Chevrolet Bolt EUV to use for the competition.

This year, presentations were conducted virtually and culminated with in-person challenges at MCity.

“AutoDrive has been an amazing experience,” said graduate student and member of the team Alex Garrow (‘20, ME; ‘21, Mobility Systems) said. “It has allowed me the opportunity to learn about the engineering topics I am most interested in and apply them to the real world. Additionally, I have made a lot of great friends, had a lot of fun and gained a lot of connections and opportunities.”

In April, SAE and GM announced Kettering University will join nine other universities, including six returning teams to compete in the AutoDrive II Challenge, which also will span four years. The kickoff is slated to be in the fall.

Peters said the team is already planning for the next competition.

“We’re going to build on our successes with simulation, and keep doing a lot in that area, particularly when the weather makes it difficult to do physical testing each year,” she said. “We’re going to start doing more Hardware in the Loop (HIL) testing, and we want to strengthen our knowledge base in perception as there are a lot of challenges in detecting stoplights, stop signs, pedestrians and other important features, and we can do more in that area. And, of course, we learned a lot about what type of project management needs to be done in this type of competition. We’re going to be doing extensive recruiting this summer, among all the majors and levels.”

Students who are interested in joining the team can reach out to Peters at dpeters@kettering.edu. 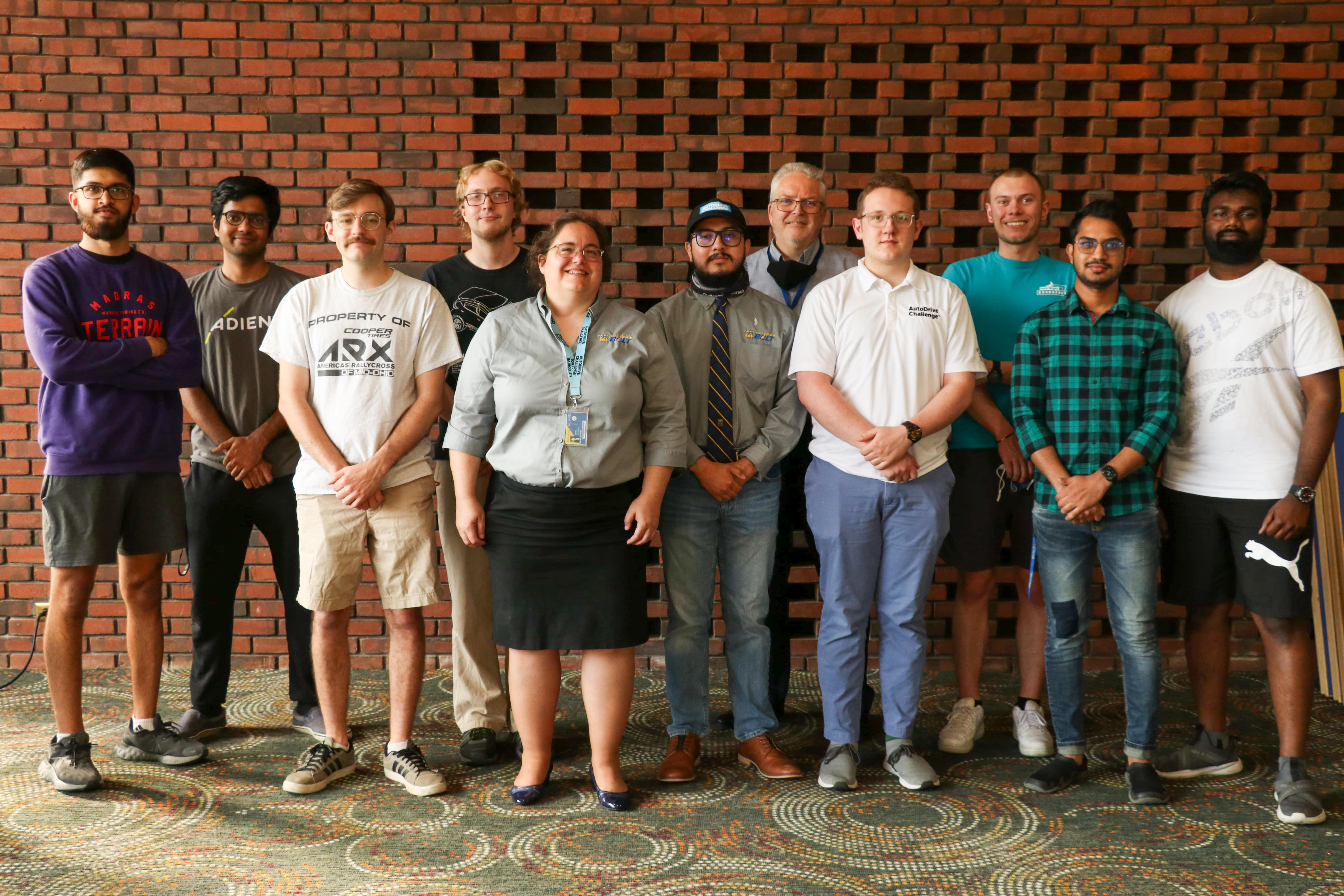