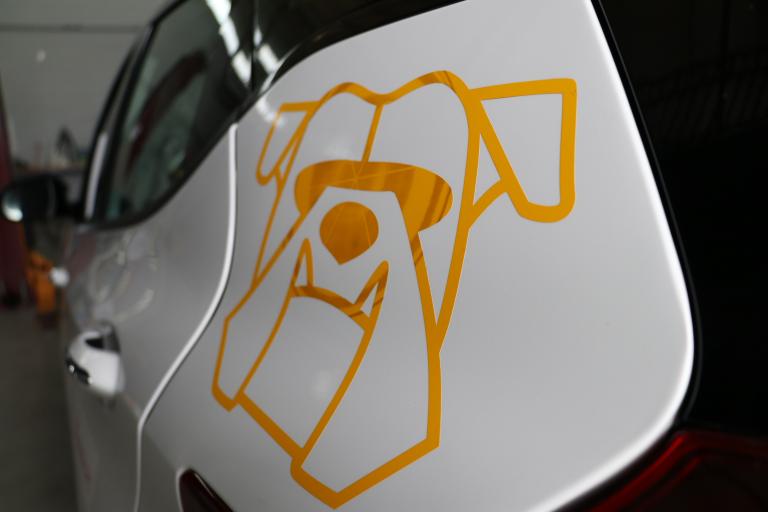 “I think it’s super exciting to be even a small part of developing such new and exciting technology.”

The Kettering University AutoDrive team, Bulldog Bolt, is ready to take what they learned during the competition’s first challenge and excel in the second one.

Bulldog Bolt received multiple awards during the four-year AutoDrive Challenge and placed fifth overall. The competition, sponsored by the Society of Automobile Engineers (SAE) International and General Motors, tasked eight teams with developing and demonstrating a completely autonomous-driving passenger vehicle. Each year, the competition built on the next by adding more challenges.

Kettering joined nine other teams, including six returning teams, in the AutoDrive II Challenge, which kicked off in September in Ann Arbor. Although the team has been submitting various reports and deliverables for the challenge since November, it will attend its first in-person challenge June 6-12 at MCity in Ann Arbor. To be fair to new teams joining the challenge, returning teams cannot use equipment or software from the first challenge.

Unlike the last challenge, the team is charged with outfitting a large metal cart with sensors to collect data for the first year of the competition instead of a car.

“In this one, they don’t want us to be overwhelmed with the car and the sensors and everything at once, so we’re getting the sensors in place this year, but we’re not worrying about interfacing them with the car. That will come later,” said Dr. Diane Peters, Bulldog Bolt’s faculty advisor. “We’re putting them on the cart, a big, metal cart. And then, we’ll worry about making the sensors work and about the algorithms and all of that stuff before we have to try to interface them with the car. So it’s kind of stepping through it instead of this huge, big bunch of stuff all at once.”

“Time management is super important,” said Hemanth Tadepalli (‘23, CS). “Even though we had a project management team last year, we were making sure things were done in general. This year, we are making sure deliverables are done for each subteam.”

Tadepalli was involved in the project management subteam during the last competition. This year, he’s the leader of the team, which has grown from four to 10 students. Team members attend all the other subteam meetings to take notes in order to keep track of deadlines and what they’re working on.

The emphasis on project management will be a huge help to Kettering team members as they navigate progress and make adjustments when students switch from school to work and vice versa. Project management also will ensure knowledge isn’t lost when seniors graduate.

“This is the first time I’ve seen accountability that students are keeping other students accountable,” said William Wakefield (‘22, CS). “That kind of project management is critical.”

Wakefield leads the team’s controls subteam and is a member of the mobility innovations subteam. Being able to participate in the first challenge helped him decide to attend Kettering.

“The research opportunities, potential co-op opportunities it opened up and the skillsets they provided— the technical skillsets they could train me in — and because it was just cool, self-driving cars,” he said. “That’s what made a Floridian like me drive 18 hours or over 1,000 miles to Flint, Michigan to be able to participate in that.”

He said he likes the changes SAE made to the challenge so far. He agreed that starting with the cart allows the team to put a greater focus on perception and gathering data.

“Perception is one of the most critical things to make sure the car can drive itself,” Wakefield said.

Team captain and graduate student Tanmay Panchal said having the cart will allow the team to build up its knowledge and do a lot of the work in simulation.

“If you do Year 1 right, then your software will be ready to be deployed on the active car with some changes,” he said, which will allow more time for testing.

This is Panchal’s first time participating in AutoDrive. He said he joined to gain experience with industry tools.

Alayna Wanless (‘24, EE) is also new to the team. She helps research and writes reports for the innovation challenges as a member of the mobility innovation team.

“I think it’s super exciting to be even a small part of developing such new and exciting technology,” she said. “I knew the AutoDrive team would be a great way to challenge myself and learn more about up-and-coming tech that we may not learn about in class. It’s a topic I’ve been interested in since I decided to pursue engineering, and the ability to get this kind of experience while still in college is great.”

She said not having the car is a little strange, but it helps the team plan better for the future.

“For example, the project I am working on requires us to consider how to optimize certain aspects of our vehicle design before even working on it,” Wanless said. “This means that we will have an excellent idea of how to best implement certain instruments as soon as we can.”

The students said participating in AutoDrive is great because of the opportunities students get, such as expanding their research skills, learning industry tools and networking with event sponsors.

“It’s kind of continuing the legacy of Kettering as an automotive school but in a new way with self-driving cars,” Wakefield said. “It opens up the world in terms of opportunities for students. These skills, while you could go into the self-driving car industry, you could also transfer that to Amazon, Google, IBM and other IT companies because it’s more software engineering, more computer science, embedded systems, computer engineering compared to more traditional engineering labs like with mechanical engineering, industrial engineering and those kinds of things. It allows Kettering to stay strong with an automotive culture, but expand with new industries that have come up in the past 100 years.”