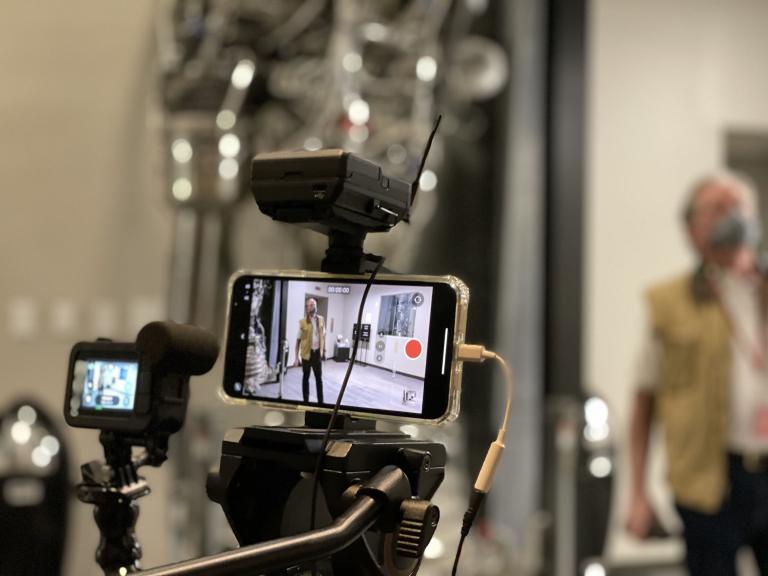 “The channel is one thing, but I want to make sure Munro and Associates is a place everyone wants to work because it’s one of the best places to work in Southeast Michigan.”

Cory Steuben (’10, ME), President of Munro and Associates

Cory Steuben (’10, ME) had never posted anything on YouTube when he pitched the idea of starting a channel for Munro and Associates in March 2020.

Since then, the channel has garnered a lot of attention and grown to about 217,000 subscribers and more than 20 million views. One of the biggest people to notice the channel is SpaceX and Tesla CEO Elon Musk, who invited Steuben and the show’s host to the SpaceX headquarters in Texas for an on-camera interview.

“It has grown to be a crazy monster and generates a lot of money for us,” said Steuben, President of Munro and Associates. “We’re making thousands a day in ad revenue.”

The channel, “Munro Live,” features the company’s Chief Executive Officer Sandy Munro providing his insight and analysis on the teardown of a 2020 Tesla Model Y and a 2021 Model 3, other electric vehicle discussions and interviews with small, electric vehicle CEOs. Munro and Steuben also embarked on an 8,000-mile road trip to California in a 2021 Tesla Model 3 in January.

Steuben films, produces and edits the episodes, along with two other Kettering alumni, Tylor Schlink (’14, ME) and Nicholas Szczotka (’19, ME). Outside of purchasing the cars and labor, they try to keep the costs of producing videos low. Steuben uses an iPhone 11 to shoot the videos and LumaFusion app to edit the videos.

“I edited the entire Elon interview on the phone in a moving car and AirDropped it,” Steuben said. “There’s no editing room.”

He proposed the channel after the company lost its biggest client when the pandemic hit. Munro was slated to be interviewed for Autoline Detroit and Bloomberg prior to the channel going live, but Steuben asked that they promote their upcoming channel and that they planned to tear down a Tesla Model Y, which they did. Then, Teslarati.com mentioned what they were doing.

They released a new video every day for the first two weeks. By June 2020, the channel had a mention in a Wall Street Journal column.

And now, Steuben credits the channel with saving the company.

“We would not have made it through the pandemic,” he said.

Based in Auburn Hills, Mich., Munro and Associates provide a variety of engineering services from benchmarking to product development. The company’s work primarily comes from repeat business of satisfied customers, Steuben said.

It was in January while Steuben and Munro were driving to California that they were contacted by a representative for Elon Musk and invited them to meet him in Brownsville, Texas. They were in Eugene, Oregon, and according to their GPS, it would take 42 hours and 17 charging stations to get there.

“We barely made it,” Steuben said. “We left Monday at noon and got there at 7 a.m., Friday morning and we drove through the nights.”

Musk’s schedule was two hours behind when they arrived, so they were given a tour of the SpaceX facilities until they could meet with Musk. Following the interview, they also got to observe Musk in his next meeting.

“He’s humble and stoic, and if I had to add more, intelligent and calculated,” Steuben said about Musk. “He’s very calculated. He chooses his words wisely, but stoic; he doesn’t show a lot of emotion, positive or negative.”

Steuben said he was impressed with the interaction they had with Musk.

“Here he is the CEO of SpaceX and Tesla, and he took an hour of his day at 7 p.m. Friday and focused on Sandy and me,” Steuben said. “He didn’t check a phone and didn’t look disinterested. He gave us his full, undivided attention.”

The video of Munro’s interview with Musk has been viewed more than 2 million times, but Steuben still has big plans for the channel, as they’ve purchased equipment that will enable them to produce live streams, too. They also plan to tear down other electric vehicles, including a 2021 Rivian R1T.

He also hopes to grow Munro and Associates.

“The channel is one thing, but I want to make sure Munro and Associates is a place everyone wants to work because it’s one of the best places to work in Southeast Michigan,” he said. “I want to make it a destination for Kettering grads, not just a place where they work for a few years and hop onto bigger and better places.”

Growing with the company was something Steuben was able to do. He started at Munro and Associates during his Co-op at Kettering in 2005 and continued working there when he graduated in 2010. He was named President in January 2020.

“I see a massive value in the Co-op program because I still use those same principles today even though I was promoted to President,” he said.

Check out the Horsepower to Hyperloops podcast featuring Steuben, here. 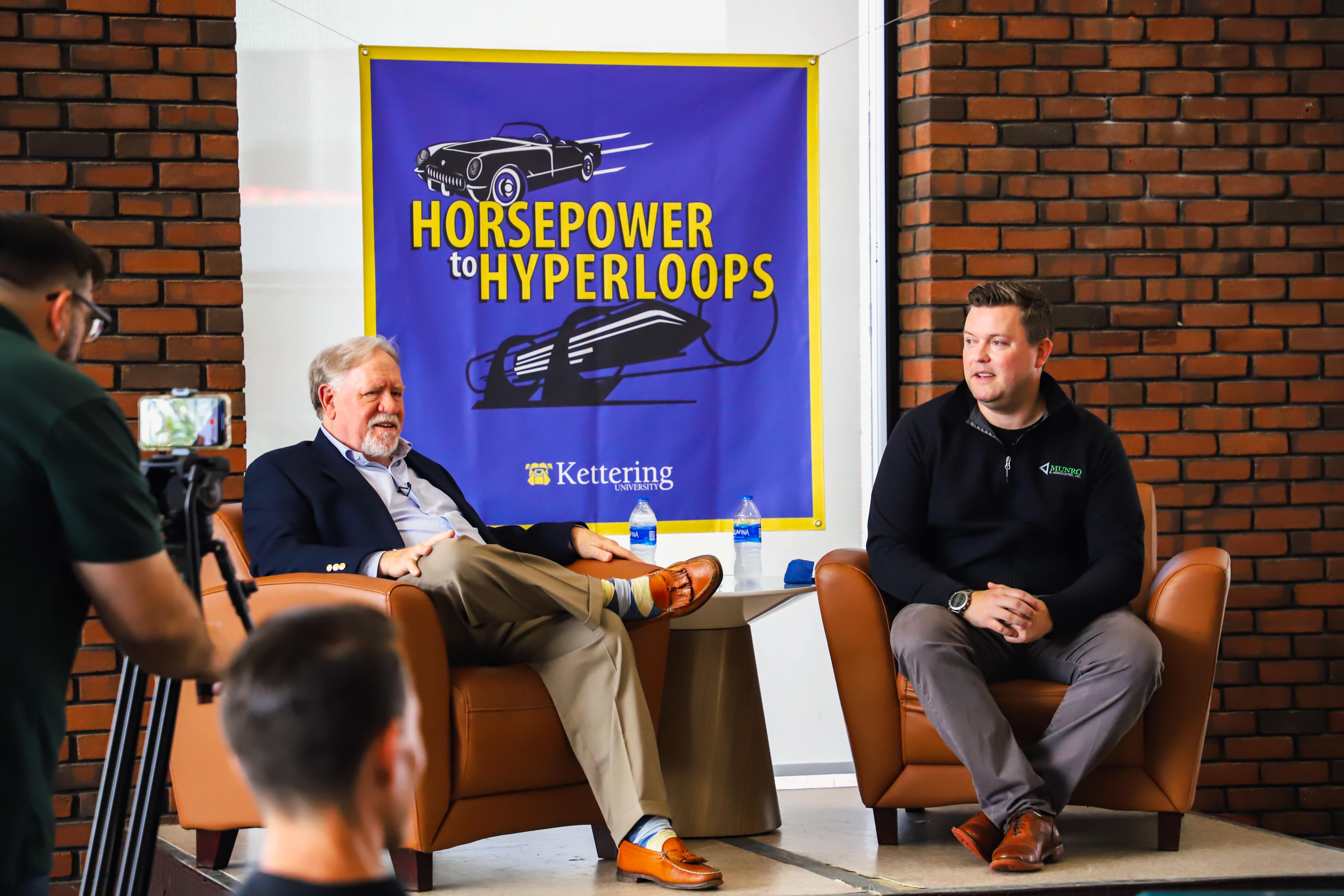