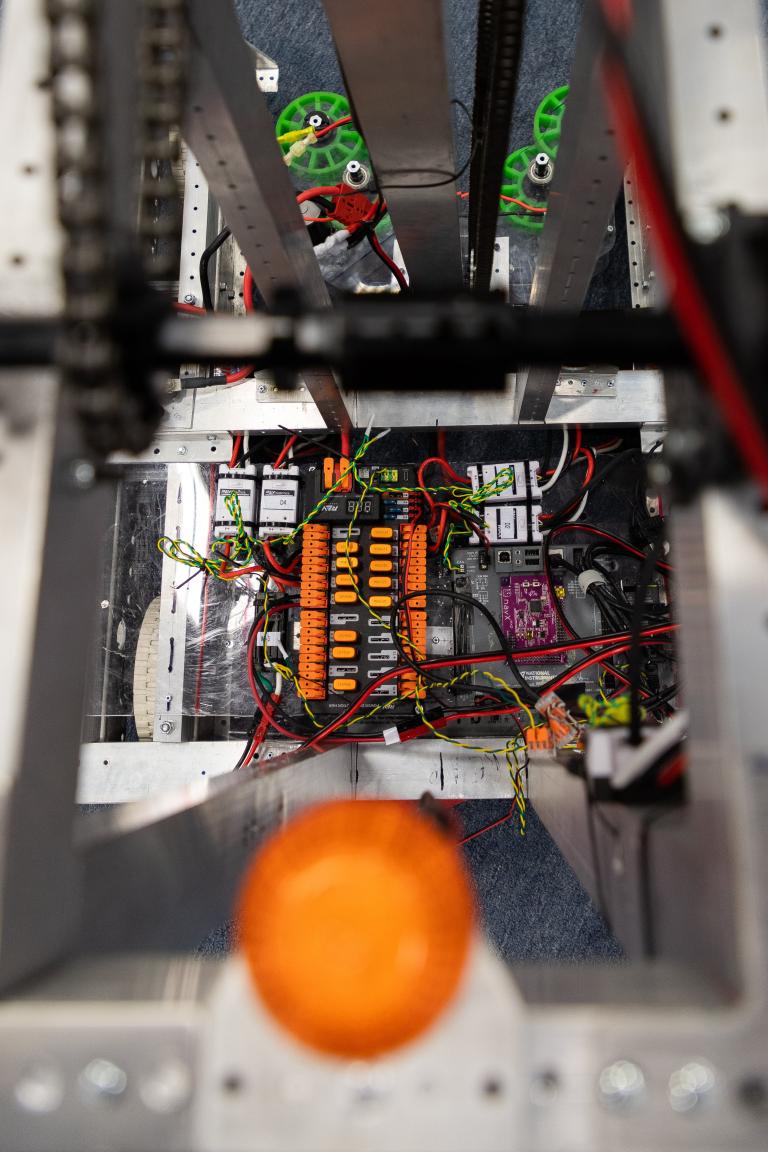 “Being able to handle the timing, yet still use good engineering practices and strategy, is paramount to get a solid product at the end.”

As a FIRST Robotics alumnus, Nick Lipcsik (’23, ME) thinks sharing his robotic knowledge with younger students is important.

“Putting more knowledge into the community helps everybody and raises the floor of the competition,” he said.

Lipcsik is one of 10 Kettering University students who participated in FIRST’s annual Robot in Three Days (Ri3D) Challenge, which requires competitors to build a robot for the 2023 FIRST Robotics Competition (FRC) Game, CHARGED UP. FIRST Robotics announced this season’s game Jan. 7.

“When I was a student, we learned a lot from how the different Ri3D teams prototyped and played the game, so it’s nice to repay the favor,” Lipcsik said.

In CHARGED UP, teams must use robots to bring game pieces back to their respective sides of the competition area. In the first 15 seconds of the match, robots operate autonomously. Drivers control the robots during the remaining two minutes and 15 seconds. Teams earn bonus points when their robots dock or engage with their charging stations.

For the Kettering students, the biggest challenge is time.

“Although we are college students, it is still quite a challenge to design and build a robot in a matter of days when it’s supposed to be completed over multiple weeks,” said fellow FIRST alumnus Deondre Blair (‘24, EE).

The three-day time frame means it’s critical for all the components, such as Computer-Aided Design (CAD) modeling, electrical and programming to come together at the right time when students can’t always complete those tasks in tandem.

“Being able to handle the timing, yet still use good engineering practices and strategy, is paramount to get a solid product at the end,” Blair said.

He participates in the build because he enjoys getting together with others in the FIRST community.

“It’s a fun time to get together with a handful of FIRST alums and those new to FRC to build a robot over the weekend,” Blair said. “Above all else, it’s rewarding to see how the other FRC teams interact with what we build, whether it’s learning from our mistakes, being inspired by our design or just simply enjoying FIRST Robotics content; it’s great to see and hear about those that follow along with our Ri3D build.”

Kettering students documented their build through videos and a CAD model.

“We’ve gotten a fair amount of engagement,” Lipcsik said. “Because we didn’t livestream the event, there wasn’t as much in-the-moment interaction, but our recap videos and CAD model have received thousands of views.”

Teams can watch videos from the build at  https://www.youtube.com/c/FirstUpdatesNow/videos. 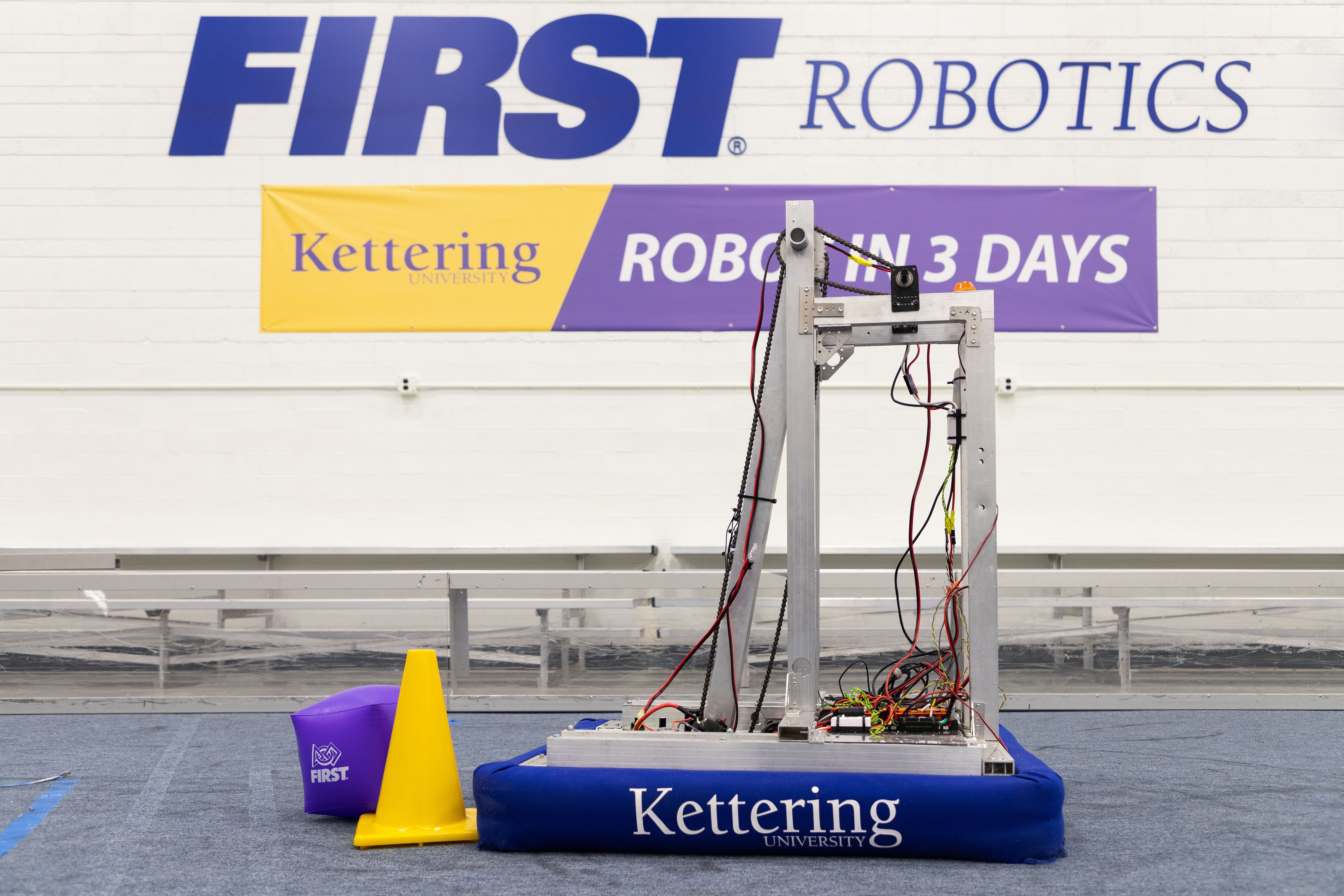