“The whole point of the [team] is education, so the students are learning design, building, project management and now, cash flow analysis. It’s all part of a learning experience for them, and it’s exactly what they’ll see in the industry.”

Dr. Abishek Balsamy Kamaraj, one of the team's faculty advisors

A group of Kettering students hopes to put the University’s robotics on an international stage by competing on the Discovery Channel’s “BattleBots” program.

Members of Mad Dog, the University’s new combat robotics team, have been meeting since October 2019 to design a combat robot and create an admission video for the televised competition.

The idea to create a Kettering team to compete was initiated by University President and “BattleBots” fan, Dr. Robert K. McMahan in September 2019.

“Of course, Kettering University, a leader in robotics and engineering globally, should be in this competition,” said Dr. McMahan. “We are after all where FIRST team members go to GoPro. I was delighted to see and help MadDog get started. I have since been impressed with the level of energy and engagement of the team members, and the battle-hard sophistication of their design. I expect great things from the team in coming competitions.”

Between 20 and 30 students have been active on the team, which has six officers. Some of the students work on the robot while others are working on marketing, design or other tasks such as the logistics of ordering parts and managing the budget. While many team members are FIRST Robotics alumni, any student can participate, said Bob Nichols, Director of the FIRST Robotics Community Center and team advisor.

“We’re trying to aim to tell a story with the background of where students came from and why we’re excited to take part in ‘BattleBots’ and our robot strategy,” said team president Devin Spaulding (’21, Mechanical Engineering).

Team members recently presented a progress update to Dr. McMahan and requested funding for the build, which then turned into a discussion with Dr. McMahan offering design suggestions and requesting a cash flow analysis, one of the team’s faculty advisors, Dr. Abishek Balsamy Kamaraj said.

“The whole point of the [team] is education, so the students are learning design, building, project management and now, cash flow analysis,” he said. “It’s all part of a learning experience for them, and it’s exactly what they’ll see in the industry. It’s experiential learning and having some fun.”

In addition, Kamaraj said he can see combat robots as a draw for potential students.

That was the case for Nick Lipcsik (‘24, Mechanical Engineering) as he began helping with the team before he officially started as a Kettering student.

“It definitely helped in my decision,” he said. “I was really into FIRST Robotics in high school and the opportunity to continue that same energy.”

Spaulding said participating in FIRST Robotics was a big factor in his decision to attend Kettering, along with the FIRST Robotics scholarships. He said he hopes combat robots can have the same appeal, as many of the students involved with the combat robot team mentor different FIRST teams.

So far, the team has the design — and one wheel — completed. They hope to have half of the robot done by the time they submit their application to BattleBots.

When it’s finished, the robot will weigh about 250 pounds and be 4 feet long, 1.5 feet wide and 1 foot tall. Each wheel will be independently controlled so that the robot can face one way, but move a different way. It also will feature a lifting mechanism that will be able to flip its competition.

“One of the cool things about combat robots is there are a lot of different weight classes,” Spaulding said. “… For me, it seemed like the next step. In FIRST, robots are 120 pounds and you have a game you have to play. In ‘BattleBots,’ it’s up to 250 pounds and a lot of restrictions are gone. It just comes down to what you can do without going through the enclosure.”

Typically, the biggest robots that compete in “BattleBots” are 250 pounds, but they can weigh as much as 500 pounds if they don’t have wheels.

Once the robot is complete, the team can do more marketing and publicity by taking it to FIRST Robotics competitions and giving presentations at area schools.

“We want to use it as an opportunity to inspire students about STEM,” Spaulding said.

Unlike FIRST Robotics, there aren’t as many rules or challenges for people to understand in BattleBots, which he said will bring a larger draw for fans.

“You see two 250-pound robots go in and battle,” he said. “Pretty much anyone can understand that.”

New episodes of the show are airing now. All information Spaulding has received about the application process has been through calls to BattleBots, as much is still up in the air because of COVID-19. He said the team plans to submit its video by the end of January.

Usually, new episodes are filmed during the summer for the show to air in the fall. The team hopes to have its robot complete by the middle of the Spring Term.

“I believe they have a compelling story because ‘BattleBots’ doesn’t have a lot of university teams,” said Kamaraj.

There’s no guarantee the team will be accepted to “BattleBots,” but Spaulding believes there is a good chance.

“I think coming in with a different strategy and support from the University, we have a good shot,” he said.

If the team isn’t accepted to “BattleBots” for 2021, it will apply again the following year. Members also plan to look into other competitions such as Robot Rukus, an annual combat robot competition that takes place in Florida. 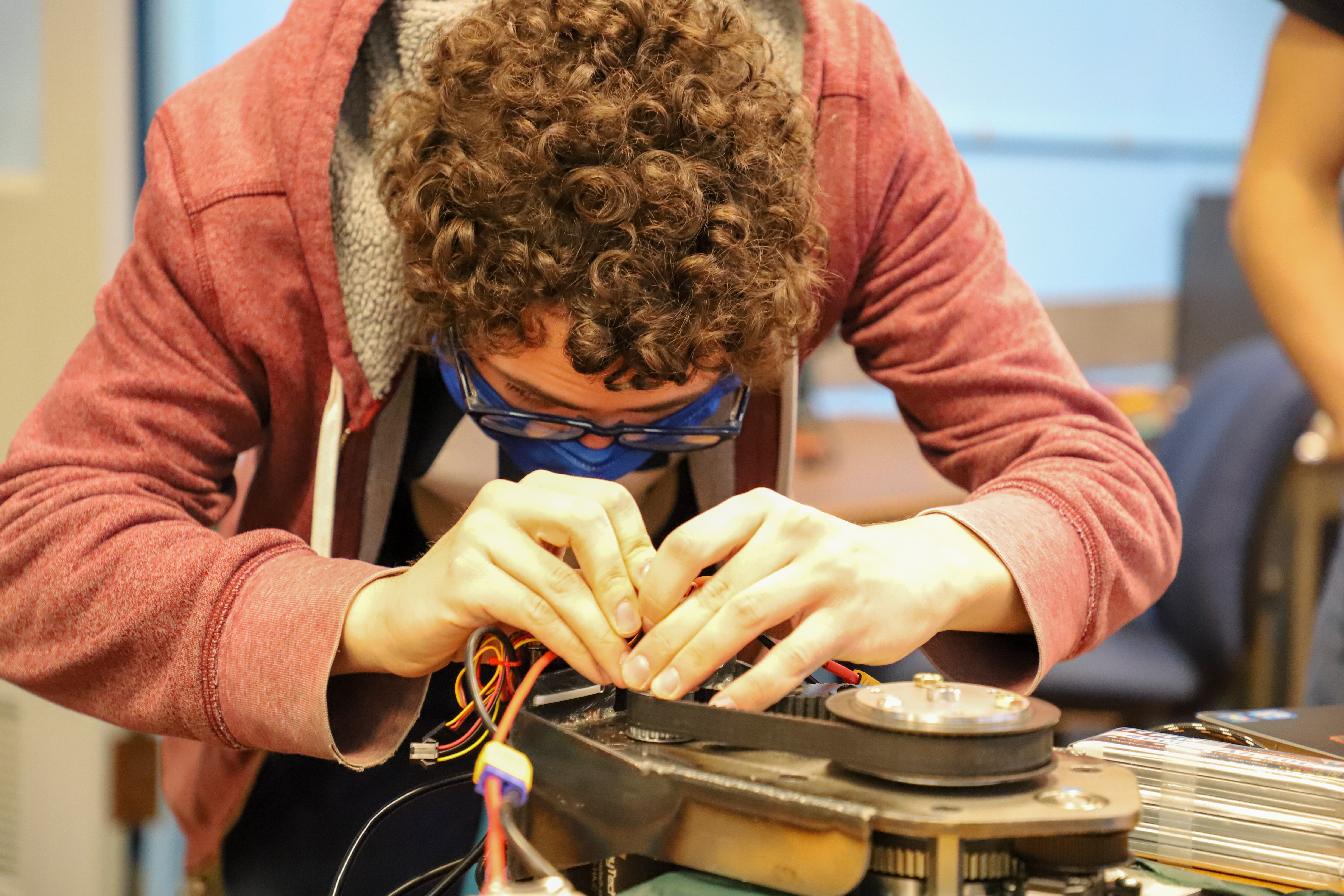