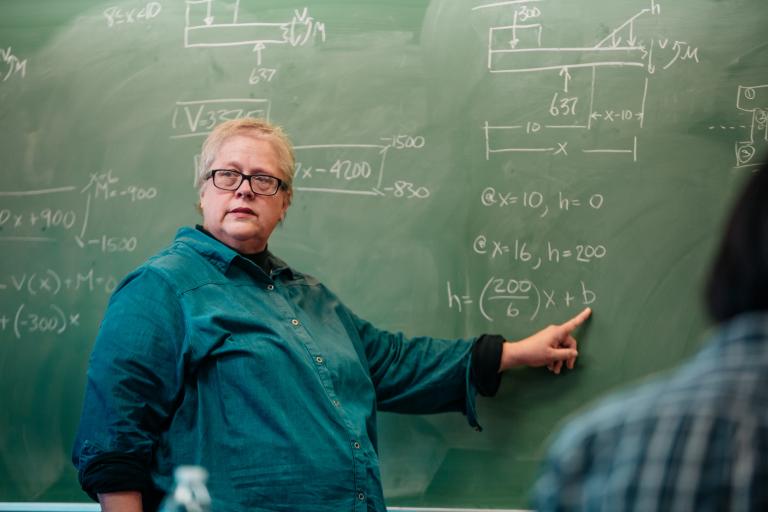 “I will help lead collaboration between all levels of government and the scientific community in order to achieve an optimal solution for Flint’s water issues.”

Sullivan’s interdisciplinary role is to continue to build trust between local and state governments, stakeholders in Flint and citizens in the community. The task force is made up physicians, scientists, citizens and expert advisors and serves to advise the city of Flint on how to remedy the current water challenges in Flint.

“My role is to make sure the people of Flint understand that this time things are going to be different,” Sullivan said. “This time, there’s a voice for individuals in this community. I will help lead collaboration between all levels of government and the scientific community in order to achieve an optimal solution for Flint’s water issues.”

On January 6, 2016, the State of Michigan officially declared a State of Emergency due to elevated levels of lead found in sections of the Flint water supply.

Sullivan received her doctorate in Materials Engineering from the University of Texas - Arlington. She has served as a professor at Kettering since 1992. Sullivan is also the faculty advisor for Kettering’s chapter of Engineers Without Borders. In this role, she has helped develop and install filters to remove bacterial contamination in water supplies in the developing world.

“Dr. Sullivan’s leadership is a testament to her commitment to the citizens of Flint, and a source of tremendous pride for all of us at Kettering University,” said Dr. Robert K. McMahan, Kettering University President. “Her engineering expertise, relationships in the community, and relentless pursuit of sustainable solutions to problems in water and human health are inspiring. She embodies a commitment to our community and our city; her efforts will certainly lead to collaborative, sustainable solutions to help Flint recover from this challenge.”

Sullivan first became involved in Flint’s water issue in Summer 2014, well before elevated levels of lead were detected in the water supply. She worked with activists in the community lobbying for fair water rates. As the issue shifted from affordability to contamination over the next year, Sullivan’s role expanded from an advocate to a consultant as she was appointed to the Flint’s Technical Water Advisory Board, which she now co-chairs. Flint Mayor Karen Weaver has also appointed Sullivan to the Karegnondi Water Authority.

Sullivan’s new role, as appointed by Snyder, is to engage the Flint community around the water issue and foster an environment that restores trust between citizens and local and state governments. As a materials engineer, she will also advise the city of Flint’s technical team on how best to apply corrective measures to Flint’s water supply.

“We are trying to build trust amongst the citizens as we work together to determine and recommend the next steps of action,” Sullivan said.

Pending funding, Sullivan hopes to organize a community team to continually test water samples for the Environmental Protection Agency (EPA) and determine where the potentially hazardous lead service lines are located in Flint. Sullivan also hopes to develop and implement nutritional education programs to assist individuals who reported elevated levels of lead in their bloodstreams.