Esports Gaming for 24 Hours for Hurley Children’s Hospital; Coach to Get Tattoo if Goal Reached 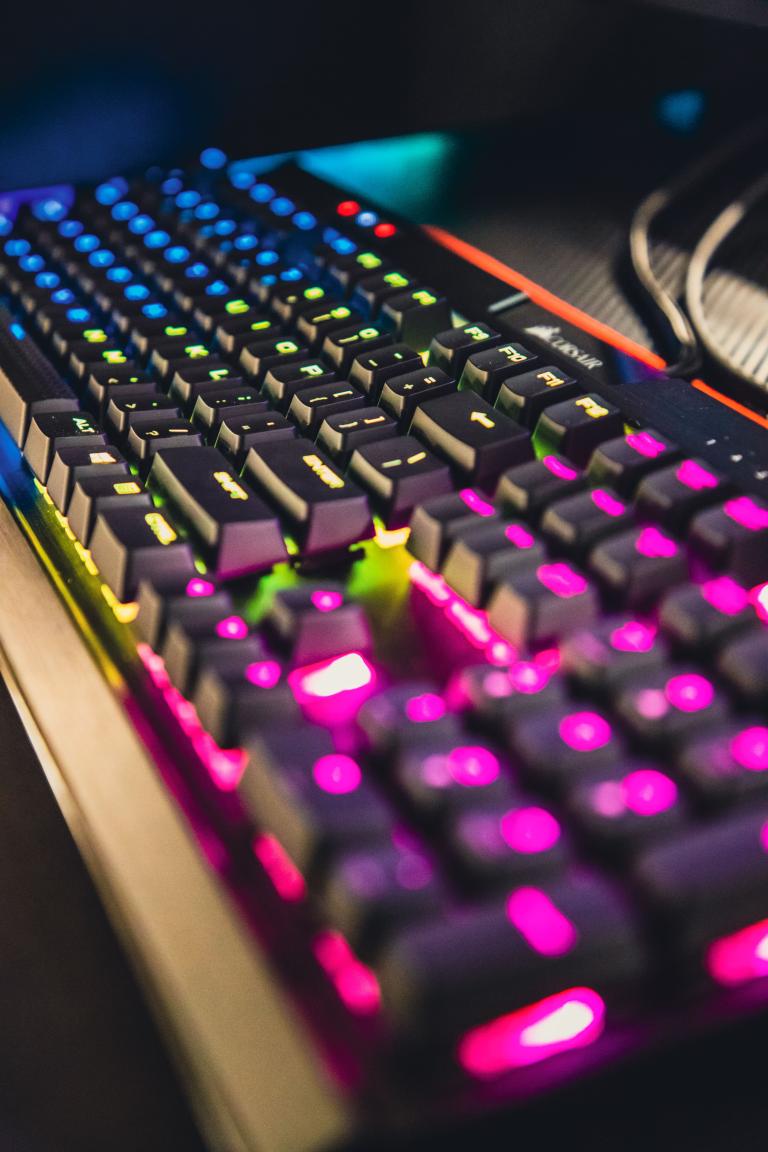 “I wanted to participate in this event because I never thought playing video games could help other people’s lives.”

Esports Coach Dan Nowaczyk could have a permanent reminder of his team’s charity efforts this year.

This is the team’s second year hosting a 24-hour gaming event. The gaming marathon takes place in the Esports rooms of the Academic Building (3-501/3-503). Students are welcome to participate too. Anyone can watch streams of gameplay with commentary or see what’s going on at the team’s Twitch channel, twitch.tv/ketteringesports.

The team will play its usual games, “Overwatch,” “League of Legends,” “Rainbow Six Siege,” “Super Smash Bros. Ultimate” and “Valorant,” in addition to “Teamfight Tactics” and “Fortnite.” People joining the event online can take part in raffles and chat interactions while in-person participants can play other games and win prizes.

“Hurley Children’s Hospital is a pillar of the Flint community,” Nowaczyk said. “The work they do is second to none, and being able to turn our passion for gaming into an ability to help them do their amazing work was an easy decision for us to be a part of. Being named their Extra Life ambassador this year was an absolute honor, and we just want to do everything we can to help them in their quest of helping kids.”

Last year, the team raised nearly $2,500; this year’s goal is $10,000. If the team is successful, Nowaczyk has vowed to get a tattoo commemorating the occasion.

“I’m not nervous about it. If we’re able to hit that mark, it would be an enormous accomplishment and would give the tattoo huge meaning,” he said. “Being able to tell people the reason behind it, regardless of the design, makes it all worth it.”

Nowaczyk plans to ask the children at the hospital to submit designs for the tattoo. Esports team members will vote on their top five, but Nowaczyk will have the final say on which design is permanently etched onto his body.

“I like to give the students something big to aim for, and it’s usually something a little goofy,” Nowaczyk said.

Last year, Nowaczyk let the team members select his outfit for the day if they reached their goal. He said he wanted to step it up this year.

“Rainbow Six Siege” Coach and alumnus Lucas Sweet (’20, ME) also committed to getting a tattoo if the team reaches its goal.

“I think it’s a great payoff for the donation goal of the stream,” he said.

“Valorant” team member Bassam Jehangir (’27, ME) said the tattoos are a good motivator.

“It would be something sentimental that will be part of Coach Dan’s life that would remind him of the amazing work he has done to help the Hurley kids,” he said.

But that’s not the main reason Jehangir is joining the fundraiser.

“I wanted to participate in this event because I never thought playing video games could help other people’s lives,” he said. “I want to impact someone’s life in a positive way, and if it is through something I enjoy, I would definitely avail the opportunity.”

Fellow “Valorant” team member Duncan Wallace (’27, ME) also likes using something he loves to help others.

“I’m participating in this event to raise money for those who need it,” he said. “I’ll help out so that those who can’t can get the help they need. Also, it gives me an excuse to play video games, and it actually has a good impact.”

Staying up for 24 hours doesn’t scare the team members, as they said they’ll stock up on caffeine and sugar and take power naps as necessary.