Widow Honors Husband With Song, Creates Scholarship in His Name

Ben and Liz McCasland’s love story started at Kettering University, making it fitting that Liz returned to where it all began to honor her late husband.

Ben (‘13, EE) died on Easter 2020; the couple went to an area canal with friends for a day of fun and floating when a storm came out of nowhere and pulled their boats from the canal into the lake. Ben's brother and a friend were in the water. Ben went in to help, but he went under and got lost. Search parties combed the lake and nearby woods for three days before his body was recovered.

Ben was outgoing, funny, charming and had a big heart, she said. She compared him and his mischievous smile to the Cheshire Cat in “Alice in Wonderland.” He also was a hard worker, curious and eager to learn.

In August 2021, Liz and a small production team filmed a music video in Thompson Hall and at the Lambda Chi Alpha fraternity house. The two met in Thompson Hall during their freshman year at the end of 2008. Though Liz left Kettering after six months to pursue nursing, her relationship with Ben continued to grow. He proposed toward the end of his sophomore year while Liz was visiting him in Texas during his Co-op term.

Proceeds from the song will be used to establish the Benjamin Michael McCasland Scholarship for Texas high school students admitted to Kettering.

“It was all based on a lot of just the really fun experiences I had here [at Kettering] and how we met and the things we experienced, which kind of helped us in our relationship,” Liz said.

The two were married in December 2014, a year after Ben graduated from Kettering.

After graduation, the couple moved closer to Ben’s family in Texas, where Ben had a full-time job waiting at FMC Technologies.

“When he said, ‘Hey, my Co-op job in Houston is going to hire me,’ I said, ‘All right, let’s do it! I’ll go where you go, baby,’ ” Liz said about the move. “I think I was ready for a change. I grew up in Michigan and I’d always traveled a lot as a kid, but the other thing, too, is I thought maybe it will be good to get out of the snow for a little bit.”

Ben’s career at FMC began to take off. He became the supervisor of a subsea control module (SCM) lab in Nigeria, traveling there for a month at a time here and there, Liz said. He worked in Scotland from November 2019 to March 2020 and was poised to start a new position that would move the pair there for a year, but he died before they could go.

After Ben died, Liz took time to reflect on her next move. She had always had a passion for singing; it brought her comfort, especially singing in church. She virtually auditioned for “The Voice” and “America’s Got Talent” but was not selected.

In February 2021, she reached out to vocal coach Tom McKinney, who has worked with pop recording artists Demi Lovato and Mario and is the New Talent Development Vocal Technique Instructor at Music World in Houston, the recording and publishing company of Beyoncé and Mathew Knowles, to improve for the next auditions.

“He really gave me the confidence in myself again to be like, ‘I do have what it takes to really make a go at this,’ ” Liz said.

McKinney connected Liz to producer Billy Dorsey, and they began writing songs together. In June, she released a song in which a portion of the proceeds went to the Modern Widows Club, a group Liz credits with helping her move forward after losing Ben.

“It’s been so amazing because when I was younger, I always dreamed of being able to do this, but after a while, it just didn’t seem like that was where my life was going,” Liz said. “Then, after such a tragic loss in my life and having to deal with that, I had the opportunity to use my dream as a way to communicate my journey with people in hopes that maybe something that I experienced can bring comfort or hope to somebody else that’s going through something similar. Even if one person is like, ‘You know what? That song really got me through a hard time.’ That would mean everything for me to know that my music touched somebody in a way that helped them through one of their tough times.”

And she knows Ben would have supported her.

When it came to Liz, she said he was always so sweet. He surprised her with flowers and notes of encouragement and love and gifts — not expensive gifts, but thoughtful gifts, she said.

Right now, Liz is creating a six-song EP record but hopes to grow it into a full-length album.

“It’s been really, really exciting,” Liz said. “I feel so blessed to have the opportunity and support that I have to be able to do this." 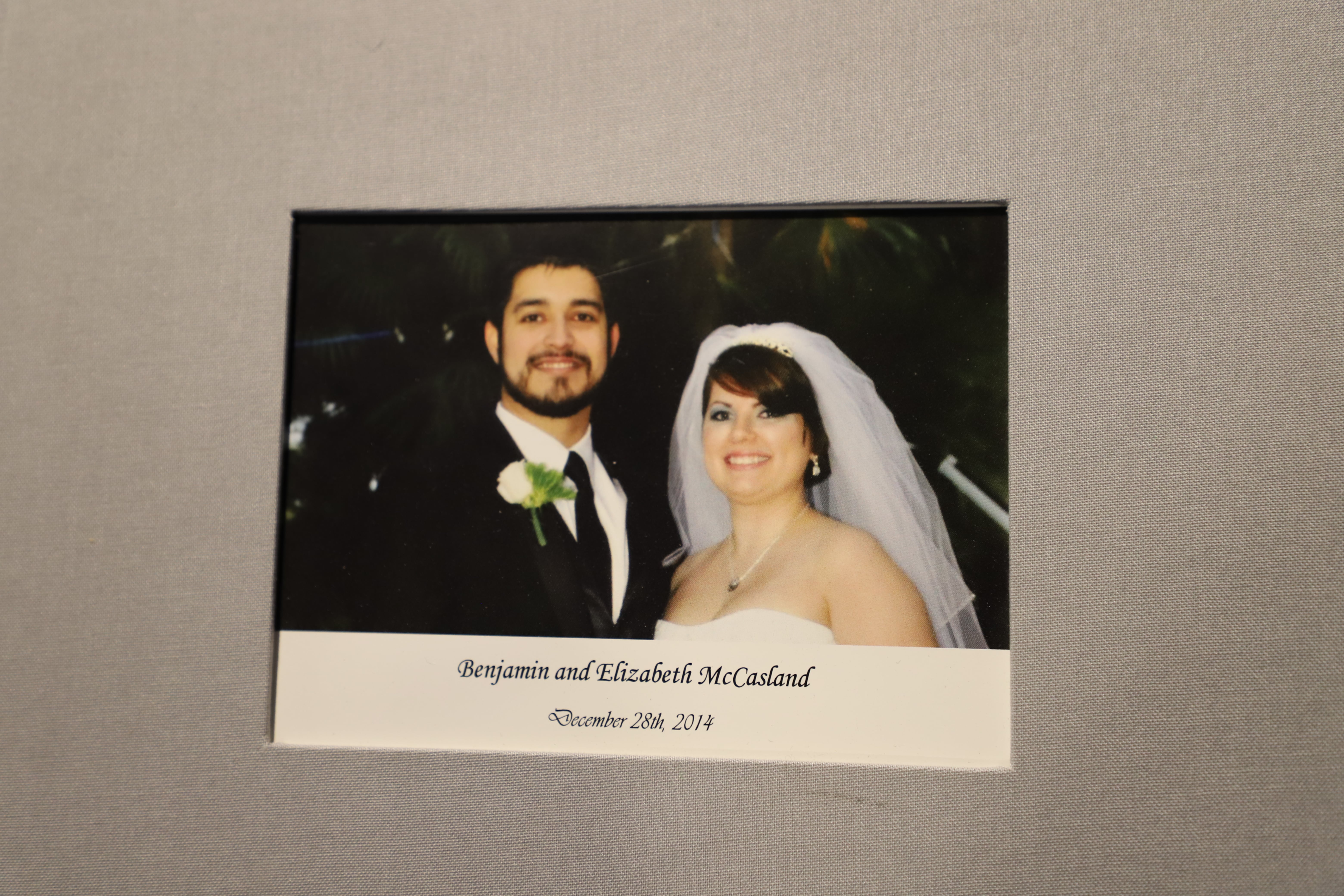