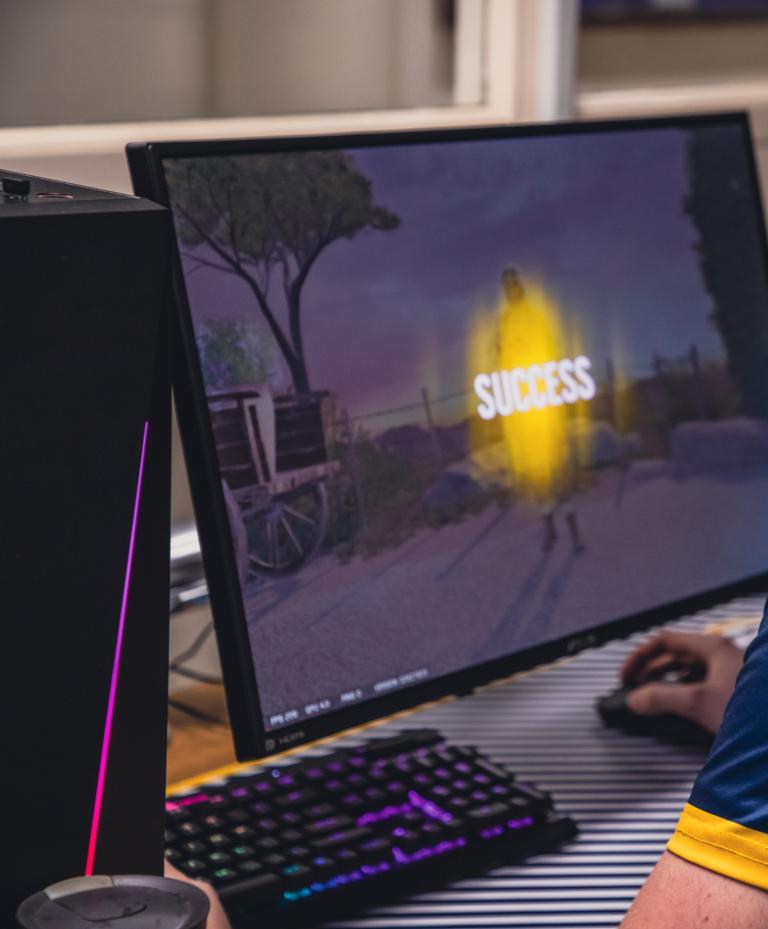 “It feels great to win. I'm so excited to see the countless hours of preparation and efforts paying off into tangible things.”

Kettering and James Madison University will play in person for the title after competing virtually in the semifinals Nov. 20. The season started in September with 24 teams. The Championship will be livestreamed here.

“I can’t even put into words how proud I am of all of them and how excited I am for them to be at this point,” Esports Coach Dan Nowaczyk said. “They’re such dedicated people, whether it’s their academics, the Esports organization, the community or their team.”

“They have put in so much work on their own time to help these guys get to this point and keep pushing forward every match regardless of the results,” he said. “I am so far beyond grateful for them and everything they do. They have taken this team to the next level. Without them, the team members and all the work they put in, we wouldn’t have this opportunity to bring a championship to Kettering.”

NACE is a nonprofit membership association of colleges and universities with varsity Esports teams. It formed in 2006 with seven member schools but now has more than 170, including Kettering University.

“It feels great to win,” Sweet said. “I’m so excited to see the countless hours of preparation and efforts paying off into tangible things.”

He said he hopes the team will get together to practice every day leading up to the competition.

One of the team’s biggest challenges is building a strategy for the competition when there is a lot of previous game-play footage available for challengers to study. Another challenge is adjusting to a new player, as West recently joined the varsity team after Sedluk had a medical issue.

The team’s last match was West’s first at the varsity level. He is practicing this week with his teammates to prepare for Sunday’s title match.

“I’m playing with everyone as much as I can in order to adapt as fast as I can,” West said.

The University’s Esports program, which consists of teams for the games “League of Legends,” “Rainbow Six Siege,” “Overwatch,” “Valorant” and “Super Smash Bros. Ultimate,” started in January 2020. About 80 students are part of the program.

Recently, members of the Esports program participated in a 24-hour gaming event to raise money for Hurley Children’s Hospital. The event raised more than $3,700, but the team will continue to collect donations through Dec. 31. For more information, visit www.kettering.edu/esportsgives.