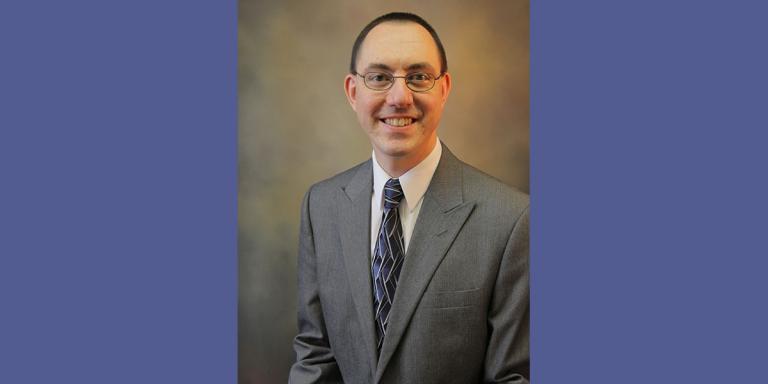 “The clinical problem is how to determine if the symptoms are cancer or a chronic condition that can be treated and managed.”

Dr. Ronald Kumon is conducting medical research related to diagnosing pancreatic cancer, but he’s not an endocrinologist. Kumon is an assistant professor of physics at Kettering University researching how to use endoscopic ultrasound to differentiate between chronic pancreatitis (inflammation of the pancreas) and pancreatic cancer.

“The clinical problem is how to determine if the symptoms are cancer or a chronic condition that can be treated and managed,” said Kumon. He and fellow researchers apply physical principles to ultrasound imaging to help gastroenterologists distinguish between cancer and a chronic condition.

They used signal processing of data from ultrasound imaging during endoscopy to try to distinguish malignant from benign tissue states, which can sometimes be difficult to differentiate using conventional methods.

Traditionally, doctors have mainly used the images from these ultrasound systems in a qualitative way, looking at the shape, color, and pattern of the imaged organs to make their diagnosis. Kumon and his collaborators are working to quantitatively analyze the radio frequency data that underlies the ultrasound image, based on calibration of the system against known targets.

“Our goal is to make the measurements more objective,” said Kumon.

“Using calibration we can remove information related to the ultrasound system when taking a measurement; this is important because the system itself can affect results. By taking out the effect of the system elements like the transducer, we can get information about just the tissue being analyzed, in this case, the pancreas."

Kumon explained that a transducer converts electrical energy into the mechanical vibrations of ultrasound. During the procedure, a water balloon is inflated around the transducer. Water is used because the ultrasound waves do not travel well through air. The ultrasound goes through the balloon into the body so doctors can get an image of the pancreas, liver and other organs. The same endoscope that performs the ultrasound imaging can be used to obtain a biopsy as well, he said.

“Human tissue has cells, cells have nuclei, and nuclei scatter ultrasound waves. It is how the ultrasound waves are scattered and reflected off the tissue is what creates the image we see in an ultrasound,” he said. For example, tumor cells don’t develop in a normal way, so their physical properties can differ from normal tissue. That is what Kumon and his co-researchers look for – that difference.

Using data sets from actual patients (in vivo), pancreatic images were obtained by using electronic-array echoendoscopes from 41 patients in a prospective study, including 15 patients with pancreatic cancer, 15 with chronic pancreatitis, and 11 with a normal pancreas, according to Kumon.

“We have identified several parameters that do a reasonable job of distinguishing between benign and malignant states,” said Kumon of the research. “The ideal goal is to be able to identify if something is benign or malignant with an ultrasound. If we can achieve high enough reliability and accuracy with our ultrasound test, then we could reduce the need for surgical testing or allow the malignancy to be monitored during treatment,” he explained.

“This study shows that mean spectral parameters of the backscattered signals obtained by using electronic array echoendoscopes can provide a noninvasive method to quantitatively discriminate between chronic pancreatitis and pancreatic adenocarcinoma (cancer)”.

Kumon and his co-researchers have also done a similar study examining the difference between malignant (invaded by cancer) and benign lymph nodes.

“In our two studies we achieved 89 percent accuracy on lymph nodes using our two ultrasound spectral parameters and 83 percent accuracy on determining whether the test indicates pancreatic cancer or a treatable chronic condition. I would liken it to a B+ grade,” said Kumon.

“So far we have only done small-scale studies. We need to do more work to more definitively evaluate this technique,” he added.

Kumon presented the results of both studies at the 37th Ultrasonic Imaging and Tissue Characterization Symposium June 11-13 in Rosslyn, Virginia.