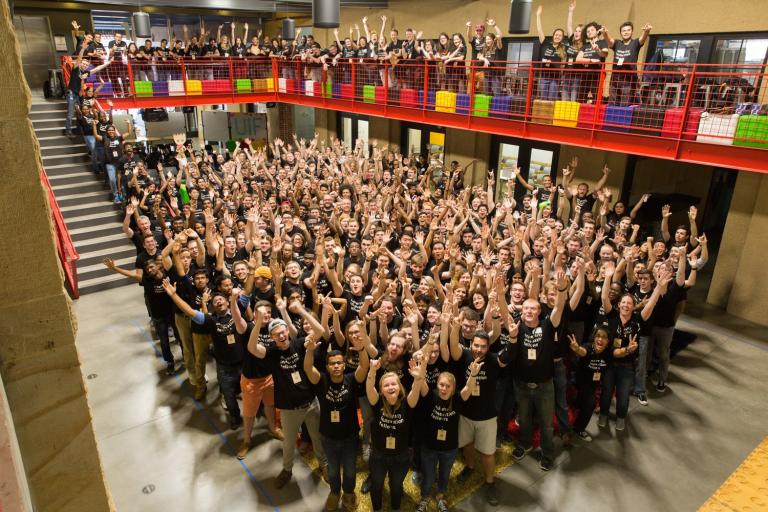 “But now, after coming back, I’m sure that we’re going to change things. It was empowering.”

For the fourth consecutive year, Kettering University was well represented at the University Innovation Fellows (UIF) program at Stanford University. Three students -- Eric Rickabaugh ‘20, Ashley Switalski ‘19, and Shane Thiede '19-- were Kettering’s 2017 participants in the program. This was the first time that students from both A and B section attended the program in California. A fourth student, Chelsea Carter, will also be attending in fall 2017.

“I saw it as a great opportunity to meet with people who are of the same mindset but also learn that mindset,” Rickabaugh said. 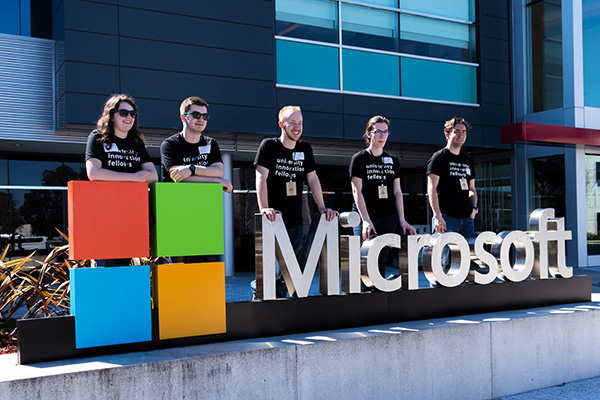 The mindset Rickabaugh is referring to is “entrepreneurial’ and “change-bringer.” The goal of UIF is to teach innovation techniques and empower participants to implement those methodologies in their respective schools. Over 200 students from 58 institutions in seven countries participated in the 2017 program that included visits to Google and Microsoft headquarters in Silicon Valley.

“The first night we had a chance to meet everyone. We met people from all over the world,” Switalski said. “It was insane to me that all these people have a similar mindset. I felt like I’m not the only crazy person anymore.”

Rickabaugh echoed the community sentiment at UIF. He too felt like he found a group of people who share a similar mindset focused on developing personal ideas and potentially starting enterprises. The formalization of these entrepreneurial principles at UIF has grounded Rickabaugh in a philosophy that has strengthened his resolve for the concepts and ambitions to utilize them.

“Before going [to UIF], I was nervous,” Rickabaugh said. “I wasn’t sure if I wanted to be a person who changes things. But now, after coming back, I’m sure that we’re going to change things. It was empowering.”

The origin and evolution of the current T-Space in the C.S. Mott Science and Engineering began at a past UIF program. This year, Kettering UIF participants hope to expand engagement with the T-Space to other college campuses in Flint while conducting an internal review of current users of the open lab space to measure current efficiencies and necessary future improvements. These upgrades on Kettering’s campus will hopefully nurture a “builder” mindset on campus.

“Our goal currently for the builder mindset is to have multiple majors working together on projects and more projects to be worked on during school term,” Rickabaugh said. “We’re trying to bring an environment where students can work on projects while they are taking classes.”

Switalski is currently evaluating spaces on campus, specifically on the Electrical and Computer Engineering floor of the Academic Building. She’s seeking an open space on that side of campus. The space would be divided into three sections - a T-space, 24/7 accessible open space and a conference area. Additionally, she is hoping to implement more pop-up classes across campus that provide lessons on lab instrumentation and techniques, web development and design and other desirable skills that are requested by students.

Ultimately, Rickabaugh hopes to encourage Kettering students to develop and take risks with their ideas. He hopes that he can help guide potential entrepreneurs on a journey from: “I’m not an entrepreneur. I don’t have any ideas” to “there’s a cool idea. I don’t care if I fail, I’m going to try it.”