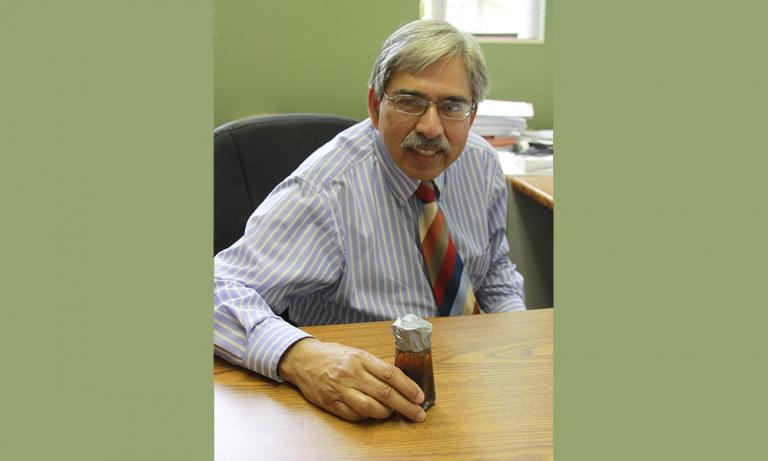 “By using this instrument, pre-college students would be able to determine the fractions of these compounds in a mixture as the compounds produce unique X-ray diffractions pattern different for the two materials.”

Materials science at Kettering University is about to be propelled to new heights as the school has been awarded a $77,808 National Science Foundation (NSF) grant which will be used to acquire an X-Ray Diffractometer.

Vaishnava outlines four uses for the equipment on Kettering’s campus: 1) used for research in  materials characterization across multiple disciplines including Physics, Chemistry, Chemical Engineering, Mechanical Engineering and Industrial Engineering materials research by faculty and students; 2) used as a tool for teaching materials science related classes; 3) used for recruiting students and helping regional businesses in need of material analyses; and 4) used for outreach opportunities for area middle and high school students through pre-college programs, such as Academically Interested Minds (AIM) and Lives Improve Through Engineering (LITE) programs.

“The X-ray Diffractometer provides information about the structure of materials which is directly related to their properties and applications. The instrument is capable of determining impurities in materials which could be both beneficial and detrimental,” Vaishnava said. “Sometimes you want impurity on purpose, for example, trying to create semiconductors.  In semiconductors, impurities such as arsenic and gallium are doped in silicon and germanium to produce, n- and p- type semiconductors. Such semiconductors are the essential components of any integrated circuits.”

Vaishnava’s research focuses on using magnetic nanoparticles for cancer treatment and will be aided by the X-Ray Diffractometer. In addition to nanotechnology for biomedical applications, the instrument will also be used for research on novel materials, and renewable energy production and storage.

The instrument works by producing X-rays by striking fast moving electrons to a metal target in an evacuated tube.  The beam of X-rays then strikes the sample under investigation and is diffracted by internal structure of a material. Since X-rays have very short wavelength, almost thousand times less than the wavelength of the visible light, it can reveal the arrangement of atoms inside the material. The diffracted X-rays are collected by a detector and analyzed by standard X-ray software for structure determination.

Vaishnava further elaborates on the application and utility of the instrument for pre-college programs.

“We know both sugar and salt are white in color and both are readily dissolved in water,” Vaishnava said. “By using this instrument, pre-college students would be able to determine the fractions of these compounds in a mixture as the compounds produce unique X-ray diffractions pattern different for the two materials.”

The acquisition of the X-Ray Diffractometer is complemented by a three position sensor 3D Investigator Motion Capture System that faculty members led by Justin Young also attained through a separate $114,039 NSF grant. Jaerock Kwon was the third Kettering faculty member to receive a NSF grant this year as he was awarded a $341,563 award for his three-dimensional research on brain tissues and cells. As a university, Kettering received more than $500,000 in funding from the NSF in 2013.