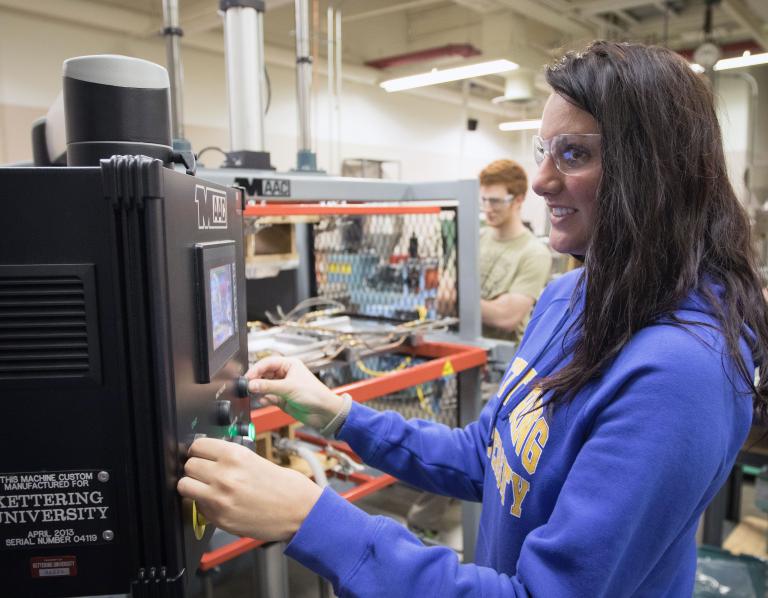 “Kettering graduates are uniquely prepared to make an immediate impact in their professional fields, and these rankings reflect that advantage.”

Kettering University was listed among 25 colleges and universities nationwide in Money Magazine’s examination of colleges whose alumni report earning at least $100,000 per year with just an undergraduate degree.

Money Magazine used data from PayScale.com’s recently released College Salary Report to identify the “25 most affordable colleges that launch graduates into six-figure careers.” The article states, “An MBA from a top school, for example, typically costs more than $100,000. So investing in a good-value undergraduate education can save big money down the road.”

“Kettering graduates are uniquely prepared to make an immediate impact in their professional fields, and these rankings reflect that advantage,” said Kettering University President Dr. Robert K. McMahan. “Our students receive a rigorous and outstanding education from world-class faculty in our classrooms and labs while also being immersed in meaningful professional co-op and research placements from the moment they arrive on campus. That means our graduates enter the workforce with a world-class education as well as 2.5 years of deep and relevant professional experience, which allows them to advance quickly and achieve remarkable things.”

When graduate degrees are factored in, Kettering graduates rank 55th in the country in mid-career pay and 16th nationally in early career pay. Kettering is first in Michigan in both categories.