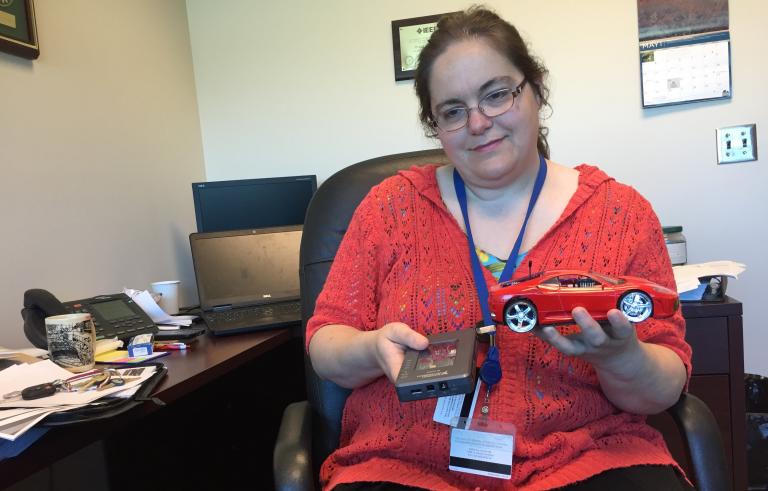 “We have an aging population that will be unable to drive themselves in the near future. It will benefit elderly individuals who lose the ability to drive or the person with uncontrolled epilepsy or wounded soldiers returning from overseas.”

The inevitable future of driving is autonomous vehicles according to Dr. Diane Peters, assistant professor of Mechanical Engineering at Kettering University, but the challenges hindering this potential reality are currently numerous.

“I think it’s inevitable but it will take a long time,” Peters said. “We have an aging population that will be unable to drive themselves in the near future. It will benefit elderly individuals who lose the ability to drive or the person with uncontrolled epilepsy or wounded soldiers returning from overseas.”

“The initial vehicles will have to deal with what we have in cities,” Peters said. “We don’t have the funding to rip apart all of our communities now.”

Given the design of our current cities, Peters’ research is focusing on how autonomous vehicles interact with their surroundings including streets, traffic signs, pedestrians, traditional vehicles and potentially other autonomous vehicles running on different systems and software.

“It’s truly an interdisciplinary problem and there are so many pieces that you can work on. I’m interested in the system aspect of it,” Peters said.

“When we start having autonomous vehicles on the road, we are going to be in a transitional time for quite a long time,” Peters said. “There’s going to be different algorithms for different cars, plus humans innately possess driving knowledge that needs to be accounted for.”

For example, an individual driving a vehicle might notice a driver next to them texting while driving which alerts them to proceed with caution. If an individual observes an out-of-town license plate, they may give them the right-of-way, assuming they are unfamiliar with the area. Peters is trying to discover how the early autonomous vehicles will interact with these very human idiosyncrasies.

“We don’t know what the answers will be because we don’t know all the questions yet,” Peters said.

Peters along with Dwarkesh Iyengar, a graduate student in automotive engineering have set up an experiment to study these system issues using an RC car and a National Instruments myRIO controller. The car is programmed to be autonomous by the controller which also collects the sensor data from the trips that the vehicle makes. Currently, the research team has programmed one RC car to drive straight and provide sensor data when it encounters a physical object blocking its path. This is the first step of a much larger project.

“I’m going to build a fleet of RC cars and test them on a reconfigurable streetscape. The idea is to test the algorithms,” Peters said. “There’s all these algorithms that might work and then we ask: how do these work together?“

The different algorithms in each of the RC cars that make up the fleet will allow Peters to collect data on the interactions between vehicles. The goal is to address these issues on a smaller mock state before they are encountered in the real world.

“There are so many possibilities. It draws on so many different areas and disciplines. The most exciting innovations happen at the boundaries of new fields,” Peters said. “I think it’s going to be really exciting for our students as this experiment goes forward because it’s something they can look at, see and touch and interact with it.”