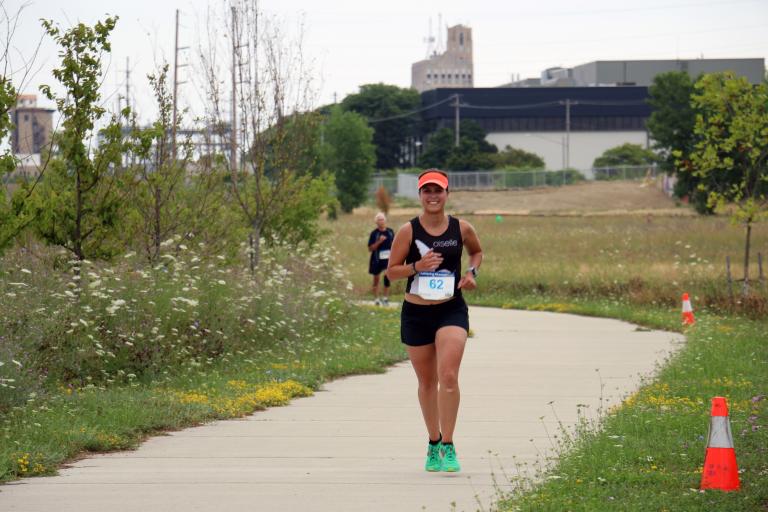 The Kettering University Atwood Stadium Races brought out a record number of runners and walkers to the historic event.

Approximately 1,000 people lined up to take on the 5K and 10K races, which are nearly 40 years old and an integral part of the running scene in Flint. The rolling courses showed off some of the best parts of Flint and Kettering University’s campus as the routes took runners and walkers through the neighborhood behind Durant-Tuuri-Mott Elementary School, Mott Park neighborhood, Glenwood Cemetery, Chevy Commons, Kettering University’s General Motors Mobility Research Center, the Genesee Valley Trail and the Flint River Trail.

The Atwood Stadium Races have a long history in Flint. Previously, the races were known as the Tuuri, named after Flint pediatrician Arthur L. Tuuri. The Tuuri races began in 1979 and served as a fundraiser for the Children’s Miracle Network. In 2011, the Tuuri became the Atwood Stadium Races, which kept many of the beloved elements of the Tuuri course and the fact that runners could do the “duo” – run both the 5K and 10K.

Beginning in 2011, the Atwood Stadium Races were managed by Brian and Dorie Barkey and a team of volunteers. The races served as fundraisers for various local charities, including Carriage Town Ministries. Now, the race will serve as a yearly fundraiser for Atwood Stadium. 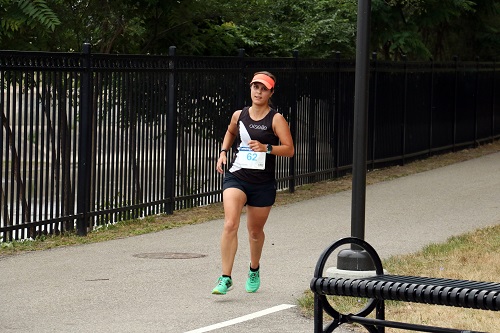 This was my first time running the Atwood Stadium Races. Now I plan to include the races on my calendar every year. With a few nerves, I stepped on the line to run the duo—both the 5K and 10K races—a feat which I hadn’t yet tried in my 18 years of running. To my surprise, the day was better than I could have anticipated, from the course to the weather to how strong I felt. The hills gave the races an added challenge, and the course highlights gave runners and walkers something to look forward to throughout.

The end of the Genesee Valley Trail treated us to a beautiful view of the Flint skyline, but my favorite part of the day was Chevy Commons. My grandfather worked at Chevy in the Hole for 40 years, and I wished he could see the former Chevrolet Motor Division plant turned into fields of wildflowers along the Flint River.

Kettering University’s GM Mobility Research Center (MRC) was a chance to see the new state-of-the-art autonomous vehicle proving ground up clase as well as get a musical boost from WKUF, Kettering’s own student radio station. After the hills up University Avenue, Glenwood Cemetery and the MRC, the downhill finish to the 50-yard line on Atwood Stadium’s cushy astroturf was a treat.

Easily the most joyous part of the day, however, was the community. The Flint community is what brought me to this area. Everywhere I went, there were friends, colleagues and running teammates. In the end, that’s what running is all about: sharing the experience with others.

The morning ended with a waffle and coffee at Steady Eddie’s Cafe in the Flint Farmers’ Market, the right way to end a quintessential Flint day.

The Kettering University Atwood Races will return July 20, 2019, and we hope to see you there.