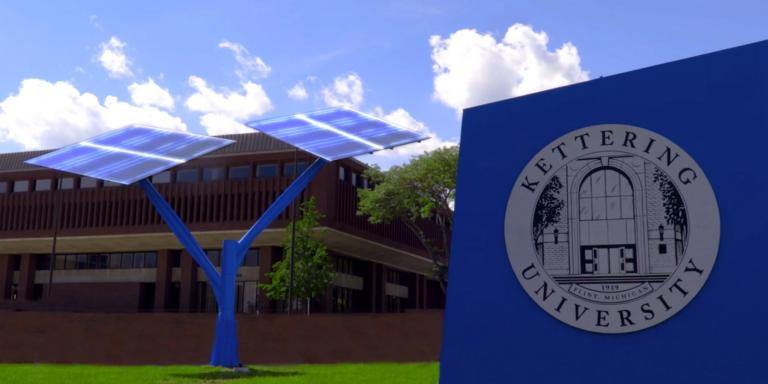 “These videos tell the story about our commitment not only to our students but also to the community where we are located.”

In its 41st year, the Telly Awards spotlight outstanding achievement by animators, directors, producers and other talent video and television production across a variety of mediums. More than 200 industry experts and past winners judged more 12,000 entries from all 50 states and five continents were submitted this year for excellence in local, regional and cable television commercials as well as non-broadcast video. Sony Music, HBO Latin America, ESPN Films, BBC, iHeart Media, Warner Bros. and Disney were just a few of the other top winners across multiple categories.

“At Kettering, we take pride in the content we produce,” said Dr. Christine M. Wallace, Vice President for Kettering Global. “But these videos are much more than just content. These videos tell the story about our commitment not only to our students but also to the community where we are located. The stories are true, and our impact is real. We are very proud of the contributions made by our University and students.”

The three bronze award-winning videos produced within the past year by Kettering University’s Creative Media Studios and Kettering Global partner Keypath Education are:

About Kettering University
Kettering University, formerly known as GMI, is a Flint, Michigan-based private, nonprofit university recognized as one of the nation’s premier science, technology, engineering and business leaders in higher education. Dedicated to offering a curriculum that uniquely integrates classroom learning with experiential co-operative opportunities, Kettering consistently ranks in U.S. News & World Report’s listing for elite specialty schools. The University has more than 27,000 square feet of lab and research space used by faculty, students and industry collaborators, and boasts the only ABET-accredited applied physics program in the world. It also houses the first and only FIRST Robotics Community Center on a college campus in the United States. According to a 2019 analysis of federal data ranking 4,500 schools nationwide, Kettering University degree holders have the highest lifetime return on investment (ROI) in the state of Michigan. The University celebrated its centennial year in 2019. For more information, go to kettering.edu.