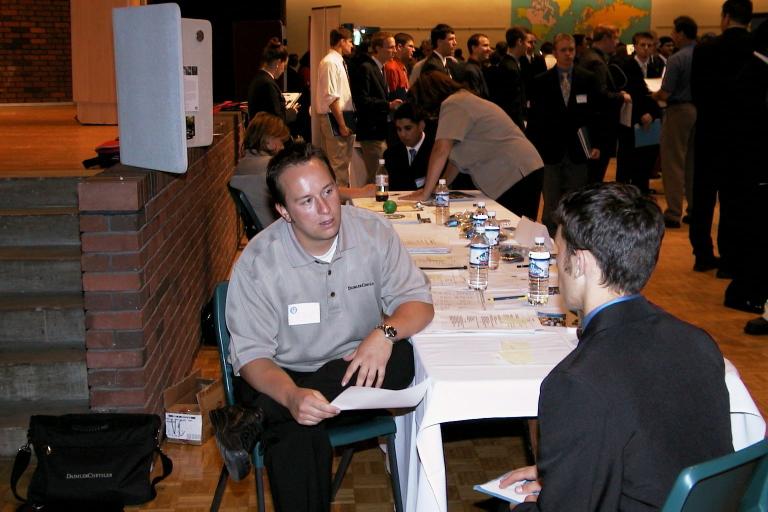 At his professor's suggestion, student Eric D. Swietlik submitted his favorite stock pick to the Wall Street Journal's bi-annual stock picking contest and was chosen as one of four reader participants. His pick, Best Buy, went up 104.9 percent during the six-month time frame allotted by the WSJ, beating out all but one of the expert's picks.

The contest, which ran from January to June, pits four investment professionals against four stocks picked by throwing a dart and four Journal readers. Each gets to choose one stock they think will perform well in a six-month period. Swietlik, a senior from Northville majoring in Mechanical Engineering, was second only to Will Muggia, of Westfield Capital Management. He chose W-H Energy Services, which experienced an increase of 126.1 percent. Results were printed in the WSJ June 4.

"Steve and I decided to submit our entries to the contest one day at lunch," said Swietlik. "We didn't think we would be chosen."

Both were, however, with Swietlik choosing Best Buy and Miller choosing Oracle, which experienced a 46.1 percent drop during the six-month period.

"We were astounded we were picked for the contest," said Swietlik. "Without having taken that class, I never would have entered."

"I chose Best Buy because they were at a 52-week low, they were dead, depressed. It was two weeks before Christmas. I thought about how many times I go to Best Buy for gifts and figured the stock could only go up," he said.

Unfortunately for Swietlik, he didn't buy the stock when it was at its all-time low.

"I could kick myself that I didn't buy then," he said, adding "I still may buy some shares."

Despite his success in identifying hot stock, Swietlik isn't thinking about changing majors. His goals include an MBA from MIT or Harvard and eventually owning his own plastics injection molding company. "That's quite a ways down the road though," he said.

For now, he'll concentrate on graduating from Kettering in June of 2002 and reading the stock pages as a hobby.