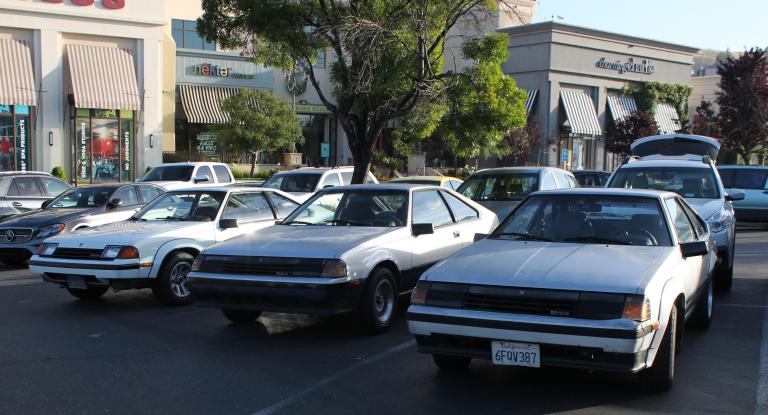 Alexander Calderon ’19 has a particular interest in the quirky, practical Toyota Celica.

The Mechanical and Electrical Engineering major was so interested in the classic Celica that he started a Celica Club in the San Francisco Bay area.

Calderon wasn’t in the market for a classic car to repair, but then one caught his eye: an old, silver, wedge-shaped car sitting in the back of an auto body shop at which he worked in high school. Two years later, the 1984 Toyota Celica GT was still there, so he bought the vehicle for $500 for a project car. The Celica was running on three cylinders, but everything was there.

“It needed a little bit of love,” Calderon said. 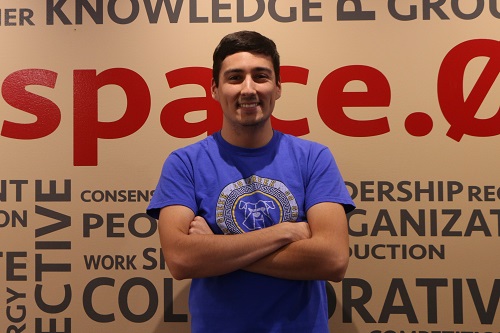 The Toyota Celica isn’t a fast car, Calderon said, but it is a quirky one. It has a classic ‘80s shape, different from what’s commonly on the roads. The car handles decently and is an easy-to-maintain, practical car, he said. Toyota manufactured the vehicle from 1971 to 2006, but the ’71 to the ’85 Celica is considered classic because after 1985, Toyota changed it from rear-wheel drive to front-wheel drive.

Calderon found online forums and Facebook groups to connect with other Celica owners in the San Francisco Bay area, and then he organized a meetup in spring 2017 at Blackhawk Cars and Coffee, a gathering of automotive enthusiasts at the Blackhawk Automotive Museum in Danville, California. Two other Celica owners attended.

“We had a really good time,” he said.

A second meet-up in the spring brought seven others out with their Celicas, including two convertibles. The club allows the Celica enthusiasts to talk in person about the work they are doing and bring together the Celica owners from the online forums and Facebook groups.

This spring, Calderon plans to do major suspension work on his car to improve the handling, and then take a drive to Santa Cruz with the members of the club. They’ll take California’s scenic coastal roads and stop at iconic spots along the way.

Calderon will finish his studies at Kettering next year. His co-op is at the Ford Research and Innovation Center Palo Alto in California.

Calderon came to Kettering from California because of the co-op and variety of labs and practical activities weaved into the courses. Kettering offers theory and practical applications as part of the education, which Calderon likes. Once in Flint, he found he likes the one-on-one interaction with professors and the relationships he’s built with fellow students.

“Other students are very willing to help out and make sure we all do well,” he said.