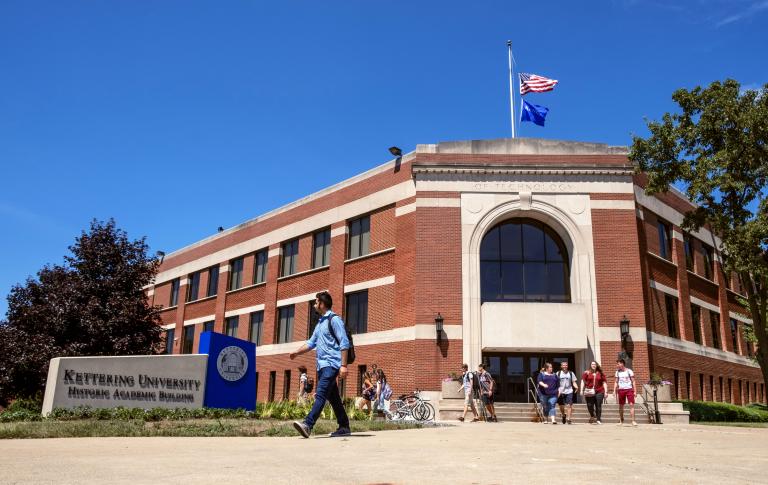 A Kettering University Physics faculty member was featured in Advances in Engineering for an article that is advancing the application of spectroscopy in the field of materials science.

The paper is about an alternative method to determine crystallographic orientation. Typically, X-ray diffraction is used to determine the orientation of silicon crystals. The method requires a radiation safety officer because of radioactive sources, Ramabadran said.

But Raman spectroscopy uses lasers, which do not require radiation monitoring and involves less paperwork, she said. The work was influential in the field and noted as a key scientific article in Advances in Engineering, a publication of engineering news.

“I was very surprised at the attention this paper is getting,” she said. “For me, it’s very motivating because then you feel like you contributed to some progress in the field.”

Ramabadran and Roughani, a former Kettering physics faculty member, believe there could be a simpler way of determining whether silicon crystal is oriented correctly during manufacturing. The orientation of the cut determines the nature of the surface because atoms are spaced differently. Crystals are cut in specific orientations to optimize manufacturing needs. Research shows to optimize and consistency in the sheet resistance, junction depth, or reflection loss of ion implanted silicon, manufacturers could use off axis cuts of the substrate. Silicon carbide is a semiconductor used in brakes and bulletproof vests. When the materials is grown on off-axis silicon, it has better crystallinity and less surface roughness.

By using polarized Raman spectroscopy, which provides information about molecular orientation, they can analyze patterns of scattered light to determine the crystallographic orientation.

Ramabadran will present this work at the World Spectroscopy Congress in March in Sweden. She also has been invited to the Materials Science and Nanotechnology 2019 conference in July in London as a speaker to present the paper.

“I feel honored to present as a featured speaker,” she said.

Ramabadran and Roughani have also just accepted a request from the journal Crystals, which is publishing a special issue on “Raman Spectroscopy of Crystals” to provide a paper later this year.