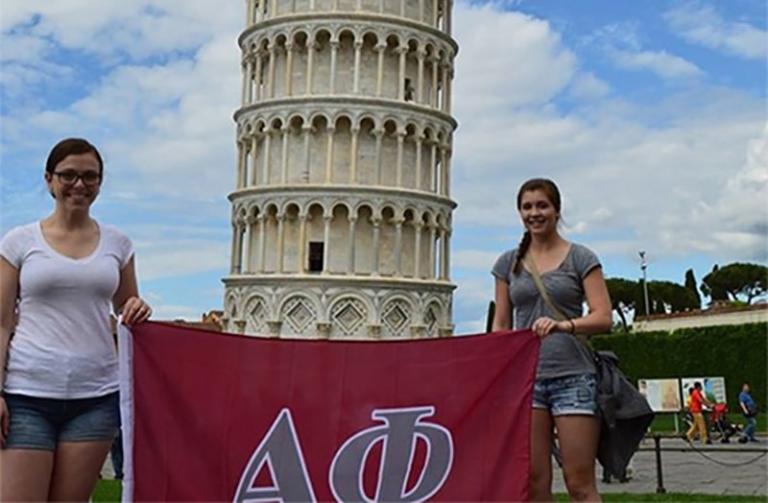 “Aligned with Kettering’s vision and mission, global leadership is one of our four pillars of success.”

Kettering University has joined the Institute of International Education’s Generation Study Abroad initiative to help more Americans to gain international experience through study abroad programs. This is one of more than 600 new commitments announced by IIE.

IIE’s Generation Study Abroad seeks to mobilize resources and commitments with the goal of doubling the number of U.S. students studying abroad by the end of the decade. Kettering University demonstrates its commitment to international education and global leadership at its core through many collaborative partnerships – both academic and in the industry – and by its efforts to limit the expense of studying abroad for its students. This past June, Kettering celebrated together with the State of Baden – Württemberg, Germany, and its partner universities the 21st anniversary of its international collaboration which since its beginning has fostered the exchange of more 1,300 students and faculty.

Under the new partnership, Kettering University will take concrete, action-oriented steps to expand opportunities for study abroad. As a new partner, Kettering is committed to increasing its study abroad programs to include all 14 undergraduate degree programs with current partner universities and through exploring new opportunities. Additionally, the University will increase its participation rate by 30 percent while keeping programs cost neutral. Kettering will provide students the resources they need before, during and after their terms abroad in keeping with the University’s goal of fostering future global leaders.

“Kettering University is proud to be part of IIE’s Generation Study Abroad initiative,” said Dr. James Zhang, Provost and senior vice president for Academic Affairs at Kettering University. “Aligned with Kettering’s vision and mission, global leadership is one of our four pillars of success. Being part of IIE’s initiative, we will be able to better serve our students by broadening collaborative partners globally, sharing experience and success stories with other partnering institutions and organizations, and taking a more systematic approach to international education led by IIE.”

As of May 2015, Generation Study Abroad partners to date include more than 400 colleges and universities of all sizes and types across the country and around the world, as well as 14 governments, 25 education associations, more than 100 international partners, and 100 study abroad, K-12, and social network organizations who have committed to specific goals to increase the number of U.S. students studying abroad. Commitments include actions to diversity the population of students who participate in study abroad and provide additional financial resources to make this possible.

IIE launched Generation Study Abroad early last year in the belief that the number and proportion of today’s students who graduate with an educational experience abroad is far too low. Currently, fewer than 10 percent of all U.S. college students study abroad at some point in their academic career, according to the Open Doors Report on International and Educational Exchange published by IIE with support from the U.S. Department of State’s Bureau of Educational and Cultural Affairs. Generation Study Abroad aims to grow participation in study abroad so that the annual total reported will reach 600,000 by the end of the decade.

“Globalization has changed the way the world works, and employers are increasingly looking for workers who have international skills and expertise,” says Dr. Allan Goodman, President of IIE. “Studying abroad must be viewed as an essential component of a college degree and critical to preparing future leaders.”