The Kettering University Alumni Association will honor nine alumni for successes in their careers, entrepreneurship, community service, philanthropy, and other endeavors at the 2018 Alumni Awards Ceremony.

“The excellence of  Kettering University's distinctive education is seen daily in the success of our graduates. It's a privilege to honor the 2018 Alumni Award Recipients, whose outstanding achievements have made a significant and lasting impact to their communities and the world,” said Susan Davies, Kettering University Vice President for University Advancement and External Relations. 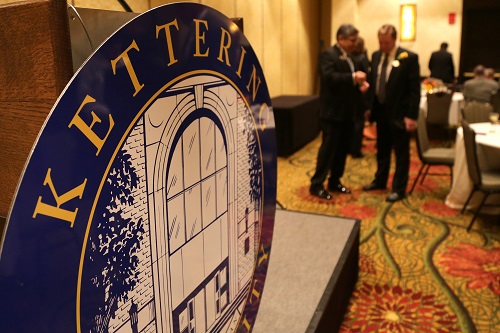 The 2018 Alumni Awards Ceremony is 5:30 p.m. to 8 p.m. Oct. 25 at the Townsend Hotel in Birmingham, Michigan. Those wishing to attend can register online.

Below are this year’s alumni award recipients:

Carla Bailo ’83: Carla was named Chief Executive Officer of the Center for Automotive Research in September 2017. She also serves as the 2016-18 Vice President of Automotive for SAE International. Carla previously was Assistant Vice President for Mobility Research and Business Development at The Ohio State University, where she was responsible for helping the university accelerate sustainable mobility and transportation innovation while integrating related research and education across OSU’s academic units.

Dwight Carlson ’67: Dwight is Founder, Chairman, and CEO of Coherix. Dwight is a career entrepreneur, specializing in bringing high-tech innovation to Michigan. His entrepreneurship began almost immediately after graduation and continues today. He founded Perceptron, Inc. and XYCOM prior to Coherix. He also has served on several boards, including the Advisory Board for National Institute of Standards and Technology and the Precision Engineering & Manufacturing Alliance.

Michael Pozsar ’90: Mike is the Vice President, Global Product Lines for the Advanced Safety & User Experience Segment at Aptiv, where he is responsible for the five global product lines within the Segment: Automated Driving, Safety Electronics, Infotainment, User Experience, and Connectivity & Security. Previously, he served as  Vice President of Electronics at Safety for Aptiv and Vice President for Electronic Controls for Delphi. He also worked at Johnson Controls, Hayes Lemmerz, Tenneco Automotive, and General Motors Powertrain Division.

Amanda Damman ’07: Amanda has served as the Chief Engineer of Autonomous Vehicles for General Motors since September 2017. She also serves as a Career Mentor with Career Contessa. Amanda began working with General Motors as a co-op student and has risen quickly in the company’s autonomous vehicles division. In 2018, Damman began to serve on the GM Women Executive Leadership Board and started an “Empower Hour” leadership group with 20 women in various stages of their careers from across the GM enterprise.

Mark Johnson ’84: Mark is the Operational Excellence Champion for General Motors, a role he has had since 2015. Since 2010, he has served as Vice President of the Kettering University/GMI Alumni Association. Johnson received SAE’s Donald W. Ableson Award for Visionary Leadership in 2015. In 2016, Michigan Governor Rick Snyder commissioned Johnson as a Commander in the Michigan Naval Brigade to assist in the promotion and expansion of recruiting, training and educational facilities of marine oriented associations.Johnson is an officer with the United States Coast Guard Auxiliary.

Bob Sovis ’56: Bob Sovis started the Sloan Auto Fair, now in its 46th Year. He is a member of the Executive Committee of Back to the Bricks, a car-show started in 2004 in downtown Flint, which brings thousands of people to the area. Bob has donated a 1947 Chevrolet Fleetmaster to the Sloan Museum in Flint. In 1995, he started another auto show, Golden Memories, an event exclusively for original or authentically restored vehicles produced in 1967 or before.

Kristin Warren ’11: Kristin serves as the Chief Consultant to the California Legislative Black Caucus. In 2016, she became the first ever African American female to receive a Ph.D. in Mechanical Engineering from Carnegie Mellon University. She spearheads the CLBC Scholarship and the African American Leadership Program for the Caucus. To date, her work has secured more than $450 million in the California state budget for educational initiatives.

Shawn Lange ‘01 and Derek Pietz ‘03: Shawn and Derek are the co-founders of L2F Inc, which is now part of the Middleby Corporation. L2F Inc combines robotics, machine learning, AI, and IoT to bring new ideas from the lab to full-scale fabrication. In 2017, the company was purchased by the Middleby Corporation. Before its sale, L2F was named second in Engineering and 237rd overall on the 2016 Inc. 5000 list of fastest growing private companies.