Kettering University graduate’s education led him to career at Google 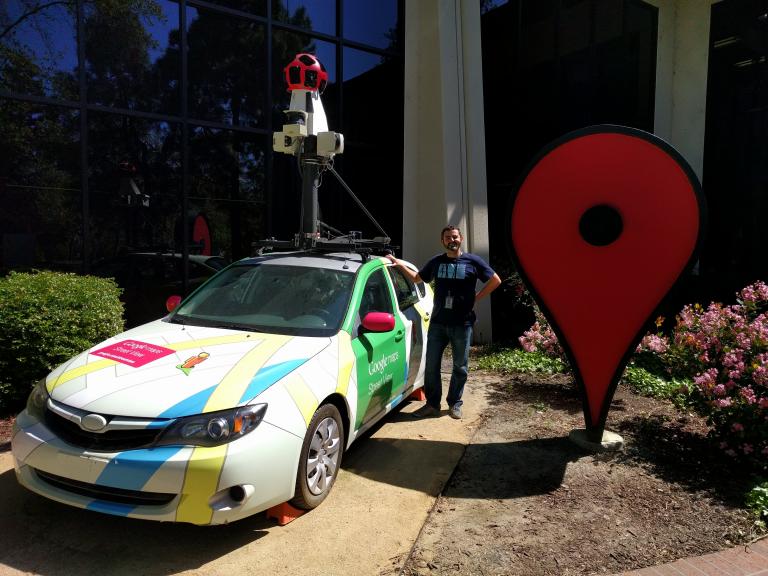 “The co-op program allowed me to have some real world experience. It’s hard to imagine going from college to a job without any experience beforehand and learning what it actually means to be a working professional.”

Omar Dahroug ‘00 didn’t think his journey would lead him to a career at Google, but his time at Kettering and his passions prepared him for it.

Dahroug wanted a challenge. He wanted to work on something that would be used by large masses of people. He wanted something new.And that’s what brought him to Google, where he’s a software engineer. He’s worked on the Google Street View project, Google Fiber, and is now working on Google Station, a new platform to make public WiFi better.

“Working on a product that impact lots and lots of people is what intrigues me about my job,” said Dahroug, who studied Electrical Engineering at Kettering. “It’s not exactly what I thought I would be doing as a career but a lot of things I was doing at Kettering directly lead to this.”

Before joining the Google team in 2011, Dahroug was at Nvidia, a video and graphics chips company. He was working in electronic design automation software, but was ready for something different.

His co-op was with Patti Engineering in Auburn Hills, Mich. But it was his thesis that really allowed him to dive into the software and technology world.

It was his first real world experience developing and writing software. Along with that, he did an independent study about signal integrity in microelectronics under Electrical Engineering department head James Gover.

“That work was what sort of got my foot in the door to my first job in the microelectronics division at Sun Microsystems,” Dahroug said. “My thesis got me more interested in software at Kettering. Before that I knew a little bit about software but not a lot. It was pretty neat to be able to control something.”

It was a fun transition to Google, he added.

The environment at Google is very different than any of the other companies he’s worked for.

“Changing projects is something engineers can do pretty freely at Google. There are lots of opportunities to work on different projects. That’s pretty different,” Dahroug said. “The freedom to move projects is the coolest thing.”

Even though Google was not in his sights when he was at Kettering, Dahroug said Kettering prepared him for his future.

I learned to push myself when I was at Kettering,” he said. “The co-op program allowed me to have some real world experience. I always thought that was extremely helpful. It’s hard to imagine going from college to a job without any experience beforehand and learning what it actually means to be a working professional.”

Where he focused well at his academics, one thing he wished he would have done more of is activities outside of the classroom, Dahroug said. In retrospect, he learned there was a lot that can be learned from hobbies.

Whether it be a software or computer club, robotics teams or other activities, Dahroug’s recommends that students is to try it all.

“My advice to Kettering students is whatever you choose to study, do it well. Any class you’re taking, try and find what’s interesting about it and do it well,” Dahroug said. “Non classroom experiences are very important - anything that kind of gives you additional experience.”