Brian Olatunji ‘05 has always had a passion for racing and on Saturday, Sept. 23, he will take that to a new level. 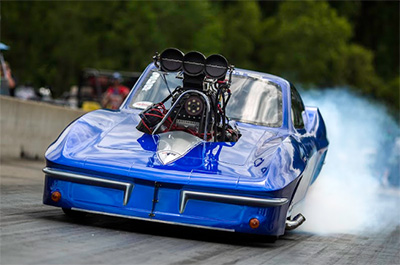 The Motor City Showdown is the first organized drag racing event in the city of Detroit. The event will feature 32 of the fastest and most technologically advanced American muscle in the world with hot rods in excess of 2,000 horsepower and the fearless drivers who wheel them.

Olatunji and the Leadfoot Events team are happy to bring an event like this to Detroit.

“I grew up in Detroit and the automotive landscape shaped the direction I took in life as both an engineer and race car driver,” Olatunji said. “Racing has been in my blood since birth and I want to share that passion with the city of Detroit and the world.”

Olatunji began attending Kettering in 2000. He enrolled in the Mechanical Engineering program in search of a marquee education that would complement his passion for drag racing.

For more information on the event, visit www.MotorCityShowdown.com.