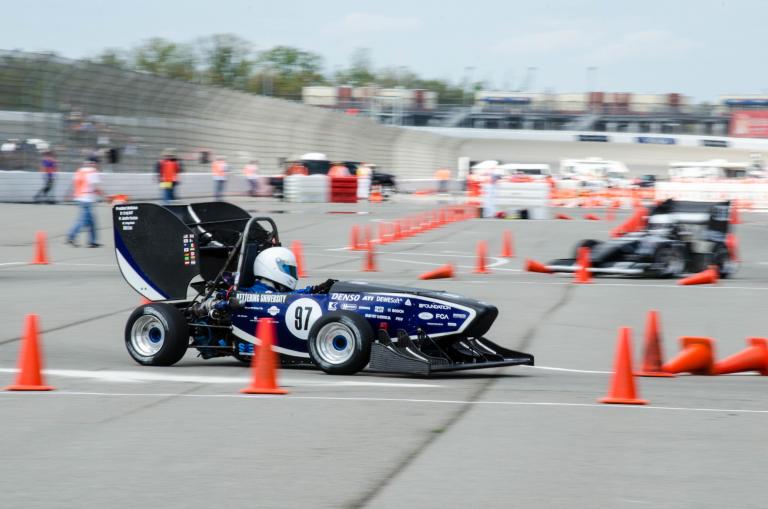 “The car is a great all around performer. It is a car we are very proud of.”

The Kettering University Formula SAE team finished 20th (out of 120 teams) overall at the 2017 Formula SAE competition on May 10-13 at the Michigan International Speedway in Brooklyn, Michigan.

“We did very well,” said John Lloyd ‘20, team leader of the Kettering University Formula SAE team. “We were extremely happy with our results.”

This year’s competition was categorized as a “redemption” year for the team as the 2016 vehicle had issues with consistency and performance.

"Last year was not our best year but we learned a lot,” Lloyd said. "We took what we learned and applied it to build a competitive car this year that was within our capability."

The team focused on re-establishing the fundamentals of design and performance within the allotted time and budget for the vehicle. Kettering’s team established attainable goals while focusing on the core engineering and function of the vehicle. The result was a car that was 22 pounds lighter than last year which resulted in a sixth place finish in fuel efficiency, ninth in cost, 19th in endurance and 20th overall.

"The car is a great all around performer. It is a car we are very proud of," Lloyd said. "It has a really competitive design and good dynamics."

The team now turns its attention to the competition in Lincoln, Nebraska from June 21-24. The goal for the next competition is to improve the team’s presentation and business plan in addition to the engineering of the vehicle. 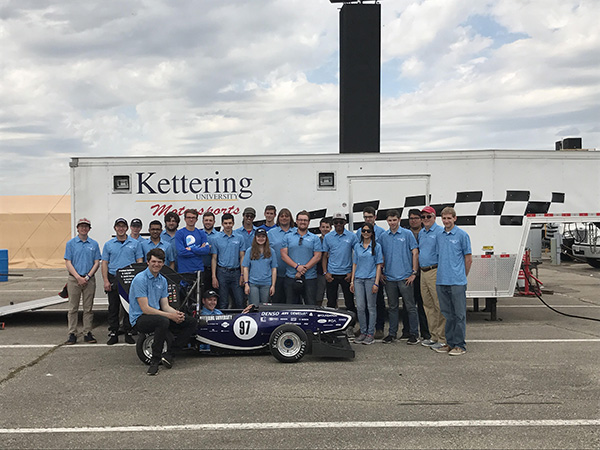 "We want to make it faster," Lloyd said. "We feel that haven't reached the limit of the vehicle's performance so our goal is to improve the handling and take the vehicle from being a good car to a great car."

In preparation for the next competition in June, the team has been practicing on Kettering’s Mobility Research Center on campus every weekend for the past month. The 3.25 acre test pad built to race track performance specifications sits on what was previously a 21-acre industrial brownfield across from the C.S. Mott Engineering and Science building on campus.

“The MRC has been a huge asset for us this season,” Lloyd said. “Kettering’s investment in the MRC has helped us better prepare for this year’s competitions and it will continue to improve our performance in the seasons to come.”