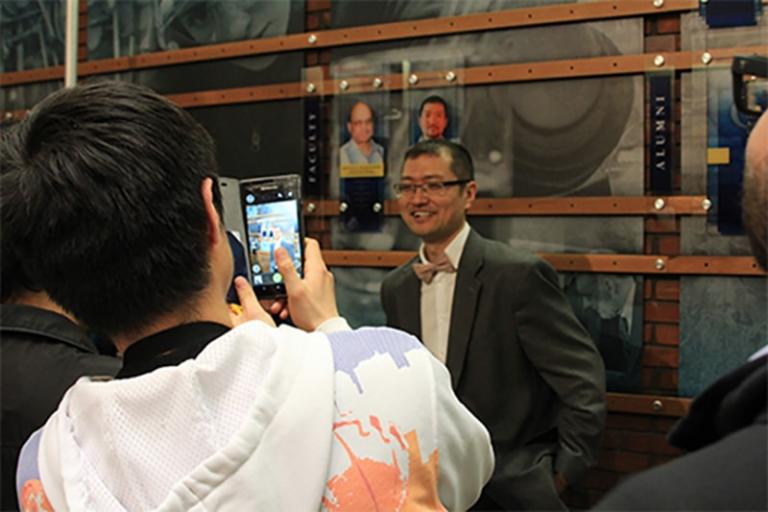 “During his career at Kettering University, Dr. Bai has established himself as one of the country’s leading experts in the power electronics field and led research that has been recognized around the world.”

The Robert Bosch Endowed Professorship was established in 1986 by Robert Bosch, LLC, and is awarded to faculty in recognition and support of outstanding research in Electrical or Mechanical Engineering at Kettering University.

“During his career at Kettering University, Dr. Bai has established himself as one of the country’s leading experts in the power electronics field and led research that has been recognized around the world,” said Dr. James Zhang, provost and senior vice president for Academic Affairs at Kettering University. “He’s a tireless researcher who has earned numerous awards at Kettering. The Robert Bosch Endowed Professorship is a prestigious honor established by a longtime Kettering University industry partner, and Dr. Bai’s exemplary work makes him a deserving recipient of this major honor.”

Bai, who joined Kettering University’s faculty in 2010, is the director of the University’s Advanced Power Electronics Lab (APEL). Since the lab was founded in 2011, APEL has received more than $1.8 million in sponsorships for 15 major projects in collaboration with industry partners in six different countries -- the United States, China, Canada, Germany, India and Turkey.

“It is a great honor to be chosen as the Robert Bosch Professor,” Bai said. “I look forward to representing the tremendous legacy of this professorship by continuing to build on the efforts of our team in the Advanced Power Electronics Lab and positioning Kettering at the forefront of developing commercially viable alternative energy sources for vehicles. Kettering’s industry connections help solidify our programs and research, and the Robert Bosch Professorship is another great tool for the APEL team to seek future collaborations and innovative research opportunities.”

Since joining Kettering’s faculty, Bai has won numerous teaching and research awards, including the 2014 Rodes Professorship for outstanding research, a 2014 Outstanding Teaching Award and Outstanding New Researcher and Outstanding Education Scholar awards in 2012. He was the youngest faculty member included on the inaugural Kettering University Honor Wall, which recognizes exemplary faculty, when it was unveiled in May of 2015.

Bai received his Ph.D. in 2007 from Tsinghua University in Beijing, widely regarded as the leading university of science and technology in the People's Republic of China. In his doctoral work there he developed a 1.25 megawatt inverter, a system that electrically drives large pumps for water treatment plants. Commercial inverter systems based closely on his design have since been installed in plants in at least two Chinese provinces, where they continue to operate today.

“Dr. Bai is an exemplary researcher and teacher,” said Dr. Jim McDonald, Electrical and Computer Engineering department head. “In an astonishingly short period of time, he has established the Advanced Power Electronics Lab as one of the premier facilities in the country for industry partners in search of innovative vehicle electrification and alternative energy solutions. He’s a tremendous representative of Kettering who will build on the great legacy created by those who preceded him as recipients of the Bosch Professorship, and he is a tremendous source of inspiration and pride for all members of our department and the whole Kettering community.”