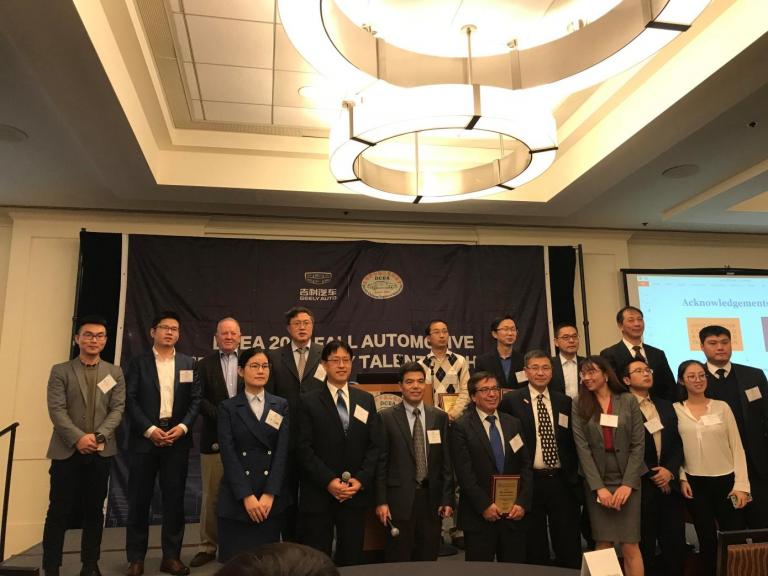 “I don’t know what issues we’ll run into, but whatever they are, Kettering students excel at finding solutions.”

Dr. Juan Pimentel was a popular speaker at the 43rd Annual IEEE Industrial Electronics Society conference from October 29 through November 1 in Beijing, China.

After presenting a tutorial about autonomous vehicles to more than 150 people, the conference organizers invited the Computer Engineering faculty member to speak on the Industry Forum panel where he shared the work Kettering University students are doing to turn an electric car into an autonomous one.

The trip was similar to a one Pimentel took to Germany in July, where he spoke about wireless sensor networks and connected vehicles.

The tutorial, entitled “Technologies to convert a normal vehicle into a driverless one”, attracted about 150 people, he said. During the three-hour event, Pimentel taught attendees about connectivity and the layers of planning and control to ensure a vehicle gets to its destination safely.

The planning layers are route planning, behavioral planning and path planning. Route planning is directing a vehicle to a destination through GPS, similar to what people do on their smartphones every day, Pimentel said. Behavioral planning is about a 10- to 60-second timeframe during travel, and path planning is a 0- to 10-second timeframe, such as stopping at a traffic light or reacting to a vehicle or pedestrian. Control and actuation is about the steering, acceleration and braking commands generated in real time to ensure the vehicle follows the trajectory generated by path planning in spite of disturbances.

“I think people in China are very interested in autonomous vehicles,” Pimentel said. “They are a very creative, very hard working people.” 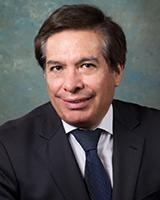 At the last minute, the conference organizers asked him to participate on an industry forum because they liked the topic of his tutorial, he said.

Pimentel talked about the 2012 Ford Focus located at the Electrical and Computer Engineering garage that students are turning into an autonomous vehicle.

The two-year project, which started in March, is about one-third of the way done and the plan is to have a driverless vehicle at SAE level 4, meaning it’ll be capable of driverless operation in special courses or driving conditions. During the 2017 Spring term, two groups of students worked on it as their capstone project. They’ve designed a perception system, installed cameras and took data to train neural networks for control purposes. Currently, the plan is to include additional sensors involving radar and lidar to be installed on the vehicle. Students will use several control paradigms to enable automated driving.

“I don’t know what issues we’ll run into,” he said, “but whatever they are, Kettering students excel at finding solutions.”

Autonomous vehicles will become available in the United States in the next few years, Pimentel said. It’ll likely start in the service industry, such as with taxis and transportation companies such as Uber.

Other countries, such as France, are developing autonomous public transportation vehicles and they could be widely deployed by 2021, he said.

It’ll be longer before the vehicles are available for individuals. Safety and cost are going to be the biggest factors.

Autonomous vehicles, such as the ones being deployed in France, cost about $250,000, but the price will go down, he said.

“In 10 years, the price will be about half of that or less,” Pimentel said.

Pimentel is also a faculty advisor for the AutoDrive Challenge, an autonomous vehicle competition put together by SAE International and General Motors. The goal is to convert a Chevy Bolt into a Level 4 autonomous vehicle in three years. He advises groups working on functional safety and perception systems.

He is also working with Kettering University Online (KUO) to develop a 100 percent online course on “Functional Safety” to be offered to students working on the AutoDrive competition beginning in the Spring of 2018. Later, he would like to develop a similar course on perception systems for automated driving.

Upon his return from Beijing, Pimentel was invited to give a presentation on “Connected and Self-Driving Vehicles” at the 2017 Fall Automotive Symposium of the Detroit Chinese Engineers Association (DCEA) in Novi, Michigan, where he was presented a “Distinguished Speaker” award.