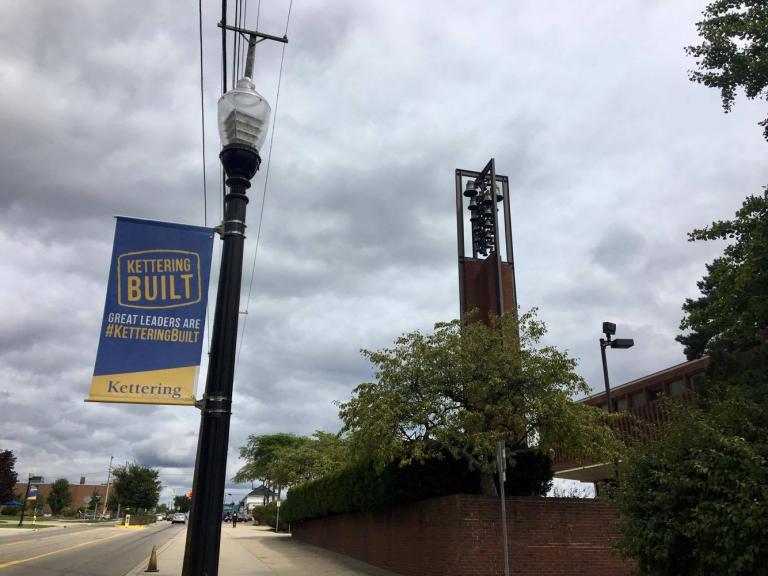 For Devin Sutherland ‘13, being an engineer means finding new ways to solve problems every day. That outlook on his career led him to earning a product patent only a few years after graduating from Kettering University.

Sutherland, a product engineer for Magna Seating, ran into an issue when he was developing seats for Ford and Lincoln. The foam on the metal structure inherently causes squeaking, and there’s a spray that helps eliminate it. However, the foam color was changed from yellow to black, making it difficult for operators to see the spray.

Sutherland, a Mechanical Engineering major at Kettering, patented a noise-reduction coating that includes a fluorescent additive so engineers could better see it with a black light.

“When you go to black foam, you can’t see that spray on it. They originally added color into it so you could see it. When you go to black it was very difficult to see. Me being color blind it was even harder to see it,” he said. “I didn't see it as inventing at the time. I was just solving a problem.”

There’s a history for patents and inventions in Sutherland’s family. His great uncle, Robert Kearns, invented and patented the intermittent windshield wiper mechanism still used today. Sutherland said seeing his family deal with patents and legal issues with them taught him respect for patents.

Entrepreneurship and innovation was not something new to Sutherland and his family. It was in high school that he found his drive to be an engineer. His participation in FIRST Robotics sparked that interest.

“I think it was just the fact that you created something and it accomplished a purpose. You built something tangible. I can create things that will eventually help people and help industries,” Sutherland said.

Sutherland first heard of Kettering when his brother, Trent Sutherland ‘10, attended. He was intrigued by the fact that his brother was working in industry and getting paid to work while in school.

“I was able to see the good things he was doing,” Sutherland said. “Being in high school and watching my brother make that kind of money was mind blowing.”

When Sutherland came to Kettering he got involved on campus in a variety of organizations. He learned to work hard at Kettering and learned valuable people skills and how to work on a team.

“What I wish I knew in college and might help others would be that school is critical to further one's knowledge base, but it ultimately teaches you how to learn. Learning how to learn can be the most useful skill anyone can have especially while entering the real world of full time employment,” Sutherland said. “It was a learning opportunity to apply for this patent. It was surprising to me that just doing my job and solving problems turned into something that was patentable. It speaks volumes right there.”